“You did what? You apologize right now!

That may be the sound of a grownup making a mistake. According to new research published by the University of Michigan this year, forcing a child to apologize when they don’t mean it usually does more harm than good.

“Coercing your child to apologize is going to backfire,” says the study’s author, Craig Smith, of the university’s Center for Human Growth and Development. “Other kids don’t view that apologizer as likable. The teachable element of having the child apologize has gone away and the goal of the apology prompt — to help your child express remorse, soothe someone else’s hurt feelings and make your child more likable — is lost.” 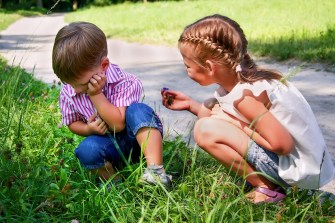 The study asked children between the ages of 4 and 9 for their reactions to three types of apologies:

Tallying up the kids’ responses, they found that all of the children — the 7 to 9-year-olds especially — felt worse with the apologizer after receiving a coerced apology, viewing them as not-nice people. The subjects did, however, appreciate sincere apologies, whether or not they were prompted.

Kids also picked up that the transgressor felt worse about themselves after being forced to say “sorry” — do they feel bad about their original action or about being forced to apologize? The older children felt that the forced apologizers were more concerned with themselves than with their victims, worrying about punishment and their own concerns rather than feeling regret for making their victims feel hurt. 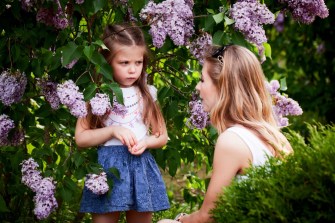 Smith says that a more effective approach is to first encourage empathy for the victim of a misdeed:

It may be best to take a personal timeout before correcting the transgressor, letting the conflict cool down a bit for you both. “When your child is calm, help them see how the other person is feeling, and why. An apology is one way to do it, but there are lots of ways. Research shows that even preschoolers value it when a wrongdoer makes amends with action. Sometimes this is more powerful than words.”

We should note that this isn’t to say there’s no value to a coerced apology, especially in situations where there’s little opportunity for full conflict resolution, such as during a busy school recess. Elementary school principal Anders Hill notes that, “Even if the person is less than sincere, it is important for the person wronged: It lets them know that adults took them seriously and helps model the restorative practice.”

Otherwise, where there’s a chance for converting a misdeed to an opportunity for learning, the study is clear: Building empathy is likely to be a better investment of everyone’s time.

If love is an addiction, your first love is the first dose.
Surprising Science

Medical science can save lives, but should it do so at the cost of quality of life?
Strange Maps

One of the best-known allegorical depictions of love has a rather pessimistic male twin.
Up Next
High Culture

What should we do with all of those empty churches?

Thousands of churches are left behind every year in America.