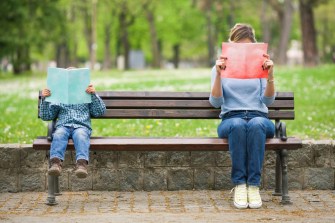 Why is it seemingly easier for children to learn languages?Image by bokan on Shutterstock

We have two main memory systems that influence how we learn things:

For example: The name of your favorite pet from childhood or the name of a teacher who was kind to you are episodic memories. They are based on specific events (or episodes) in your life that are a part of your own unique history.

Semantic memories come from the distinct ability to recall certain facts and concepts that are often referred to as common knowledge, for example, understanding the difference between a cat and dog or being able to recall how to use a telephone.

Examples of this could be how to ride a bike, climbing stairs, or how to play an instrument.

We use procedural memory (which develops early in life) to learn complex things such as grammar or language. Declarative memory, on the other hand, is a system that builds over a number of years and takes a longer time to develop.

Young children are able to access their procedural memory systems without the distraction of a declarative memory system, which makes learning a language a faster process.

Using color coded notes during your study can improve your learning. Photo by Nicole Lienemann on Shutterstock

You may actually be trying too hard.

According to a 2014 study, adults who struggle to learn new languages may be trying too hard. The research proved that concentrating and trying to learn helped adults master basic vocabulary in a foreign language, but in the end it hindered their ability to learn the grammar of the new language.

“Still, this does not mean aspiring bilinguals should necessarily scale back how much effort they put into learning,” researchers on the project explained.

While more research needs to be done into easier and more effective ways for adults to learn languages, one of the things you can do to improve how much you’re learning might be to add a relaxing activity to your educational sessions.

Studies show coloring or drawing can lead to more intense focus and relaxation, which can make learning a second language much easier.

Allowing your brain to participate in a low-stress activity such as coloring while you listen to a language lesson online may make it easier to retain knowledge about the language. Coloring has been shown to calm the amygdala, which is the part of the brain that is related to fear/stress response. It also has been shown to stimulate the part of the brain that is responsible for creativity and logic.

Color therapy has shown benefits for helping those who struggle with anxiety. Introducing this activity into your learning process can help you retain more information, according to practical strategy and leadership expert Neen James.

Allow your mind to wander and come back to task—don’t force it.

According to LiveScience, attempting a task over and over again can quite literally be mind-numbing and very counterproductive. Instead, you may find it more helpful to take breaks or distract yourself to pay attention to something else.

The article suggests that brief interruptions can actually keep you functioning at higher levels.

Organizing your notes (and your studies) with colors can help you retain more information.

The benefits of organizing your work cannot be overstated when it comes to productivity and learning. According to this 2006 study published in Computers in Human Behavior, color-coding your notes helps you process new information easier as you’re learning it.

According to this 2009 paper, color coding new words from a language you don’t understand can help you learn those words easier and faster. As an added resource, Effectiviology has some really helpful information on how to best color-code your learning.

Learning a new language at any age is good for you—keep trying!

According to a more recent study led by Edinburgh’s School of Philosophy, Psychology and Language Sciences lecturer Dr. Thomas Bak, learning a language at any age is beneficial. The research from this study suggests that bilingualism improves later-life cognition and can delay the onset of dementia in some cases.

Talking to yourself seems to yield real benefits, from boosts in cognitive performance to improved emotional regulation.
Thinking

Why, exactly, don’t you trust that person’s opinion?
High Culture

Bring not a bagpipe to a man in trouble.
Up Next
Neuropsych

Why is Gen X more stressed than other generations?

A Penn State study finds today’s middle-aged are experiencing much higher stress levels than 30 years ago.