In an increasingly globalized world, some believe you only need to speak English in order to engage in international business. As language expert David Crystal explains in his book, How Language Works, this is a false assumption. In Europe, for example, Crystal points out speaking multiple languages is “seen as a criterion of responsible international citizenship.”

Crystal writes that multilingualism prepares children to cope with a constantly changing society. Of course, learning a new language isn’t confined to the young: there are myriad benefits at every age. We list five important brain-boosting features of learning a foreign language below.

From increased tolerance and employment opportunities to a wide range of memory and problem-solving skills, foreign languages teach us about others as well as ourselves. When you speak in a new language you gain perspective on the reality you’ve constructed around your original tongue. Not only do you speak differently, you learn how to think differently.

Whether doing it for others or yourself, the many benefits of multilingualism are available through a variety of online courses and apps like Rype or Babbel. Never has the bar to entry been so low and the recognized benefits so high.

1. A boon for cognition

Your muscles become weak when you stop training them. They even atrophy over time. The human brain works in much the same manner. When you stop learning, neural connections are weakened. This results in forgetfulness and potentially dementia.

One of the best means for staving off dementia is learning a new language. As a 2018 review, published in the journal Frontiers in Human Neuroscience, puts it, “One of the non-pharmacological approaches, which may enhance cognitive abilities and protect against the decline in healthy older population, seems to be the learning of a foreign language.”

You can grow new neuronal connections at any age provided you keep learning. Foreign languages force you to think differently. A language lesson is like a session in the brain gym. The most effective way to not lose your memory is to keep using it—a necessity when learning a language. Besides memory enhancement, languages improve overall cognitive functioning, raise self-esteem, and increase opportunities for socializing, all necessary skills in aging populations.

A unique study at the University of Chicago found that businesspeople make better decisions when weighing problems in a non-native tongue. UChicago psychologist Boaz Keysar argues that foreign languages force you to contemplate decisions instead of relying on intuition, which is riddled with biases. As people tend to be loss-averse, they sometimes overlook favorable opportunities. By considering a business opportunity presented in a foreign language, they have to spend more time thinking through all angles of every deal. This reduces the emotional pull of a risky endeavor while revealing potential avenues that have not been considered. This skill makes you a better critical thinker in every language you speak.

An extensive review of the benefits of multilingualism indicate a strong connection between creative flexibility, fluency, and originality. How often have you heard a non-native English speaker make a unique observation with a combination of words you’ve never heard but that make complete sense? New languages cause you to picture landscapes of possibilities. Choosing the proper term for a feeling or thought is itself an act of creation. During the first few years of life we do this at a rapid pace. As you age, you become more deliberate in your word choice. New languages free you from the conventions of habit. Expressing yourself in a new language is a creative act, and that mindset translates into other realms of life. 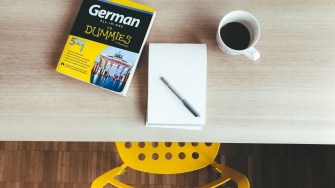 We live in an attention economy and many people suffer from a deficit. When you hear a word or phrase being spoken, your brain actually guesses at the completed statement. We’re constantly guessing reality all the time. Interestingly, bilingual speakers don’t turn off one language when listening to another. They’re anticipating words from multiple languages all the time, according to an article published in the journal, Cerebrum. As the authors write,

“To maintain the relative balance between two languages, the bilingual brain relies on executive functions, a regulatory system of general cognitive abilities that includes processes such as attention and inhibition.”

Because bilingual speakers must navigate two (or more) languages during every conversation, their brain is primed for attention. This results in greater executive control of their cognitive functions, which is a great advantage in the current attention economy.

Research from Penn State found bilingual speakers have enhanced cognitive flexibility, which facilitates new learning. This follows a study at the same university that discovered juggling multiple languages affords the speaker greater cognitive control, allowing the speaker to code-switch with ease. This ability to juggle languages lets them switch between tasks with less stress and more control than monolinguists. Instead of bogging the bilingual speaker down when searching for the right language, speaking in multiple tongues actually speeds up their ability to jump from mental task to mental task.

The most effective way of learning a new language is putting it into action. Babbel is an online language pioneer that immerses you in real-life dialogues from day one. Courses are based on your native language and interests. Babbel’s language experts devise a series of cognitive techniques that helps the information stick. Best yet, the app’s speech recognition offers instant feedback. You’ll be conversing quickly while retaining the words and phrases you learn. Learn more here.

Some people simply learn better with an actual human teacher. That’s where Rype comes in. You can learn any of this services’ 10 languages in one-on-one lessons with expert teachers via Skype. The average retention of Rype learners is 90 percent—well above most apps or classrooms. Flexible scheduling with 24/7 availability means you learn at your convenience with a real human being. That feedback is irreplaceable. There is a 7-day free trial—learn more here.

If you buy something through a link in this article, we may earn an affiliate commission. This helps support our team’s work. You can also subscribe to Big Think+ and check out our merch.

Understanding these links could bring us closer to a cure.
Health

Are psychopaths cold-blooded murderers? Not usually.
Up Next
Health

The study was only conducted with already healthy men, however.