It’s become a standard TV and movie trope. One friend looks at another and suddenly blurts out, “You just got some!” In real life, though, it’s not so easy to tell, apparently. This goes double for cheaters, even if you might think you can just look at someone’s face and know if they’re unfaithful — it’s fun to make snap judgements and talk trash, right?

Researchers from the University of Western Australia wanted to know just how good people are at keeping their little secret a secret, and have published the results of their study in the journal Royal Society Open Science. It turns out that it’s hard to tell if someone’s cheating or ready to poach your partner based on their appearance alone. If you can tell, though, it’s more likely you’re looking at a man — women’s faces are even harder to read. 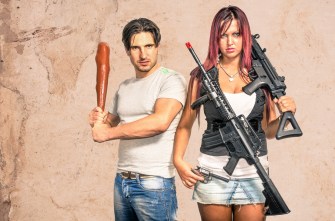 The researchers recruited 1,500 heterosexual white participants and asked them to fill out questionnaires in which they picked out the cheaters from 189 photographs — 101 men and 88 women, each of whom had let the researchers in on whether or not they’d been philandering. The participants also answered some questions to help the researchers understand each their reasons for tagging a photo model as a cheater.

The study cites previous research that suggests that “women, and to a lesser degree, men, show above-chance accuracy in judging sexual unfaithfulness from opposite-sex faces.” This conclusion was borne out in the new study, though this wasn’t the main objective.

One aspect of protecting one’s relationship is the ability to spot competitors, and so the new research looked at our ability to spot a tendency toward infidelity in same-sex candidates who might poach our partners. 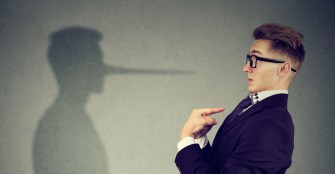 It turned out that men and women were both more accurate with their judgement of men’s faces when it came to spotting a likelihood of cheating or poaching. Women’s faces, on the other hand, pretty much baffled everyone. In terms of detecting same-sex cheaters, men did better identifying untrustworthy men than women did spotting female philanderesses. “We found very little evidence of any accuracy in impressions of faithfulness from women’s faces,” says the study.

Still, we’re not so good at this game overall, it turns out. The study finds, “Even though accuracy for men’s faces was statistically significant, the level of accuracy was modest at best.” Over 80% of participants exhibited a less-than-chance accuracy level in their conclusions. For men’s faces, only 14.1 to 18.0% of participants did better than chance. For women’s faces, the percentage of good guessers was even lower: 0.9 to 4.0%. 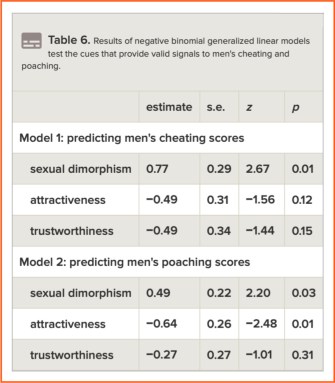 Visual cues that affected opinions and how useful they were

The researchers asked participants about the importance of three characteristics as cues of unfaithfulness:

All three led participants to decide a man was likely to be a cheater or poacher. In assessing women, attractiveness and trustworthiness were factors.

As to whether these three indicators were of any use assessing a propensity for infidelity or poaching, the story was a bit different.

“The face plays an important role in human mate choice as a signal of various aspects of quality, including genetic quality, diet, fertility, aggressiveness, and parental care,” says the study. Nonetheless, attractiveness turned out not to have been a reliable indicator of cheating in the study’s data. According to the the photo models’ self-reporting, good-looking people were no more likely to be unfaithful than others.

As it turns out, only dimorphism accurately indicated mate cheating/poaching.

The study concludes, “In summary, our results suggest that there might be some kernel of truth in impressions of unfaithfulness from men’s faces. This above-chance accuracy for men’s faces is consistent with the evolutionary prediction that accuracy in our judgements of unfaithfulness from strangers’ faces might represent an evolved adaptation for identifying potential male cheaters/poachers.” At the same time, the high level of inaccuracy means — in a devastating blow to trash-talking — “we should not rely on our first impressions to make diagnostic judgements of unfaithfulness in everyday situations.”

Tags
cheatinginfidelitylovemenmoralityrelationshipsSextrustwomen
In this article
cheatinginfidelitylovemenmoralityrelationshipsSextrustwomen
Related
Health
Why are people sexually attracted to cartoons? Evolution.
Nikolaas Tinbergen’s concept of “supernormal stimulus” explains why humans are attracted to a heightened version of reality.
Neuropsych
The life-long psychological effects your first love has on you
If love is an addiction, your first love is the first dose.
Thinking
Enough moral relativism: some cultures are worse than others
Do right and wrong depend on culture, or does morality transcend place and time?
The Present
Controversy: was the Caribbean invaded by cannibals?
A 2020 study has revived a longstanding controversy over Christopher Columbus’ claims of marauding cannibals in the Caribbean.
Thinking
Gray zone: when is it best not to save a life?
Medical science can save lives, but should it do so at the cost of quality of life?
Up Next
Creativity
Say goodbye to panic: Build your emotional agility
As the world seems to spin ever faster, “agility” has become more than something to which a business might aspire — it’s become an absolute necessity for any company looking […]