Human beings are fascinating. Have you ever wondered why some people can remember certain dates really well and others can’t? Or why you are a home-body while your best friend is usually the life of the party? What makes us think, feel, and behave the way we do?

According to Simply Psychology, psychology is “the scientific study of the mind and behavior.” The art of studying the psychology of humans can be traced back to as early as 400-500 BC, while modern psychology is said to have started in 1879 when Wilhelm Wundt opened the first psychology lab.

Wundt’s laboratory would become a focus for those with a serious interest in psychology. First, opening its doors to German philosophers and psychology students, then for American and British students, as well. Wundt’s aim was to record thoughts and sensations and to analyze them into their constituent elements in much the same way a chemist would analyze chemical compounds, in order to get to the underlying structure. 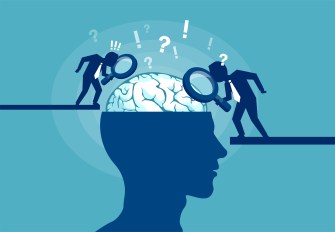 There are five approaches to human psychology – which one do you trust most?Image by FGC on Shutterstock

The study of psychology has progressed greatly, thanks to Wundt and other pioneers. Over the years, psychologists began to study all aspects of human behavior from personality traits to brain functions. Eventually, the studies began to look at the same human behaviors from various angles including biological, psychodynamic, behavioral, cognitive, and humanistic perspectives. These became known as the “five major perspectives” in psychology.

This approach is relevant to the study of psychology in three ways:

Each of these is inherently important to how we study human psychology from a biological point of view, and it’s suggested that behavior can be largely explained through biology.

The psychodynamic approach to psychology is most well-known for its ties to Sigmund Freud and his followers. This approach includes all theories in psychology that see humans functioning based on the interaction of drives and forces within the person, particularly unconscious and between the different structures of the personality.

Freud developed a collection of theories (most of which were based on what his patients told him during therapy) that formed the basis of the psychodynamic approach.

The psychodynamic approach can be best described in basic assumptions that:

The behavioral approach to psychology focuses on how one’s environment and external stimuli impact a person’s mental states and development. More importantly, it focuses on how these factors specifically “train” us for the behaviors we exhibit later on.

People who support this approach to psychology over others may believe that the concept of “free will” is an illusion because all behaviors are learned and based on our past experiences. In other words, that we’ve been conditioned to act the way we act so nothing is ever truly our own choice.

The cognitive approach to psychology shifts away from conditioned behavior and psychoanalytical notions to the study of how our mind works, how we process information, and how we use that processed information to drive our behaviors.

This approach focuses on:

In other words, the cognitive approach focuses on how our brains react to the environment around us and how our cognitive brain has very specific ways of processing certain stimuli which can explain why we think, feel and behave in certain ways.

The humanistic approach to psychology was considered something of a rebellion against what psychologists saw as the limitations of the behaviorist and psychodynamic theories of psychology. It’s the idea that we should approach psychological studies uniquely for each individual because we are all so vastly different.

This approach focuses on:

This approach puts emphasis on the uniqueness of every person and every situation, suggesting that the other studies can never be fully accurate as there is such a wide range of thoughts, feelings, and human behaviors that can adapt and change as we do.

Are psychopaths cold-blooded murderers? Not usually.
Up Next
The Present

An article in Journal of Bioethical Inquiry raises questions about the goal of these advocacy groups.