Percentage of older adults who claim they don’t receive the social and emotional support they need by state, which can put individuals at risk for developing mental health conditions.Centers for Disease Control and Prevention and National Association of Chronic Disease Directors. The State of Mental Health and Aging in America Issue Brief 1: What Do the Data Tell Us? Atlanta, GA: National Association of Chronic Disease Directors; 2008.

It’s an unfortunate fact of life that as we grow older, our bodies stop working as well as they once did. Our muscles weaken, tying our shoes can send our backs into spasms, our hearing and vision isn’t as sharp as it used to be. It’s a time when taking care of yourself is more important than ever.

But we often forget that our minds, too, need to be taken care of. According to the CDC, 20% of people over 55 have some kind of mental health concern. Yet only two-thirds of this group receive treatment for their condition. Out of any other group, older men have the highest suicide rate. One study found that older patients were more likely to be diagnosed with a major depressive disorder, and that their depression grew worse with age. Older participants were more likely to have chronic depression, took longer to be in remission, and experienced depression with greater severity, according to the same study.

While mental health is enough of a concern on its own, it can also make treating physical health issues more difficult. “There is no clear-cut demarcation where behavioral health comorbidities start and where physical comorbidities end,” said Dr. Joseph Conigliaro, Northwell Health’s chief of general internal medicine. “When a patient with diabetes or congestive heart failure or any number of issues also has depression, anxiety, or schizophrenia, providing consistent care becomes much more challenging.” 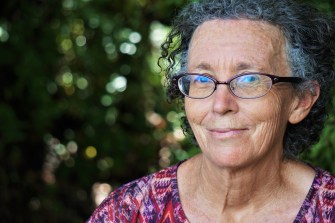 Photo by Anthony Metcalfe on Unsplash

How can we better meet the mental health needs of elderly patients? In his book, Healthcare Reboot, Michael J. Dowling points to the divide between psychiatry and primary care as a major issue. “While it was true that psychiatrics went to medical school,” he writes, “their subsequent clinical training was so far removed from other doctors that they tended to live in a psychiatric silo. In many ways, psychiatrists had walled themselves off from the rest of the medical profession.”

A Gallup poll on the perceived honesty of various professions shows another way in which psychiatry has been pushed aside. 85%, 75%, and 70% of respondents reported that nurses, pharmacists, and medical doctors had very high ethical standards, respectively. Only 41% of respondents reported that psychiatrists had very high ethical standards.

A study on the use of this model for older adults suffering from depression showed resounding success — using the collaborative care model doubled the efficacy of depression treatment. Over twelve months, half of the patients reported an at least 50% reduction in their depression symptoms compared with a 19% reduction in the control group. What’s more, the system saves money. For every $1 spent on implementing the collaborative care model, hospitals get $7 back over the course of four years. Today, Northwell Health and other health care organizations have incorporated psychologists and other mental health professionals in their primary care clinics to help deliver the mental health care that elderly patients need.

Addressing mental health issues in the elderly doesn’t just have to take place in hospitals and clinics, however. Advances in technology are blurring the lines of where treatment can happen. Rendever, for instance, is a new project by MIT graduates that uses VR to help provide the elderly with mental health treatment. VR has the potential to serve as a powerful therapeutic tool for older adults, especially those in assisted living. Often, older adults in assisted living can feel isolated and trapped in their conditions; VR offers an avenue out of those conditions. In an interview with AARP, a co-founder of Rendever related a story about an isolated former pilot flying a simulated aircraft: “All of a sudden he was sitting in a pilot seat again, and all these stories started bubbling out of him.” VR technology like Rendever have been used to treat PTSD, chronic pain, phobias, depression, and drug addiction. There’s even some preliminary evidence that VR could be used to keep cognitive function sharp in old age.

One major challenge for the elderly is mobility. It’s not always practical for them to travel to a clinic, psychiatrist, or psychologist. The use of “virtual visits” has become increasingly more common for health organizations. Companies like Apple and Samsung are increasingly leveraging their smartphone technologies to provide easier access to healthcare records and tackle chronic conditions. For its part, Northwell researchers have helped pioneer the use of remote intensive care units, or eICUs, to watch over multiple patients at once from a central location.

It may seem as though technology like this wouldn’t be useful for psychiatric issues; in fact, the opposite is true. For the elderly, easy access to a psychiatrist may make them more likely to reach out. For patients in assisted-living facilities or unable to travel, “telepsychiatry” is sometimes the only way they can gain access to a psychiatrist.

When it comes to the health of the elderly, a broken hip or a pneumonia diagnosis can overshadow the importance of maintaining a healthy mind in one’s older years. Taking care of one’s physical health will always be important, especially in geriatric patients, but it doesn’t make sense to focus solely on treating a physical health issue while ignoring ongoing mental health concerns. Fortunately, advances in our institutions, systems, and technology are bringing mental health issues back into the spotlight.

Grandpa knows how to take it easy.
Up Next
The Present

Why Lil Dicky made this star-studded Earth Day music video

“Earth” features about 30 of the biggest names in entertainment.