Maybe it’s happened to you. You’re sitting there quietly munching away on something, and suddenly, you feel someone’s eyes burning into you. When you turn toward the stare, you encounter eyes filled with rage.

“What?” is your likely response. That “what” is the sound of your chewing — you’ve just driven someone who has misophonia over the edge. This condition affects somewhere between 6 percent and 20 percent of us. Maybe you have it and have wondered what’s been making you so mad.

Misophonia — it means “hatred of sound” — is a hypersensitivity to certain sounds made by other people. These may include noises made by chewing, drinking, or breathing. It can prompt anger, anxiety, disgust, irritation, and even violent rage coupled with a strong flight impulse.

A study from the University of Newcastle published in the Journal of Neuroscience may reveal, for the first time, what’s going on in people with misophonia. It’s not the sounds themselves after all, but an unwanted mirroring response they elicit in the listener.

According to lead author Sukhbinder Kumar, “Our findings indicate that for people with misophonia there is abnormal communication between the auditory and motor brain regions — you could describe it as a ‘supersensitized connection.'” 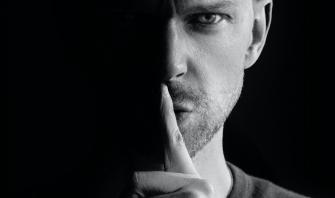 Increased connectivity in the brain between the auditory cortex and the motor control regions affecting the mouth, face, and throat appears to be what causes misophonia. The study is based on fMRI scans of 17 subjects with misophonia and 20 control subjects.

When all the participants were exposed to recordings of human eating and chewing, all of their auditory cortexes responded similarly. However, for those individuals with misophonia, the researchers also observed increased communication between the auditory cortex and the mouth, face, and throat motor control areas. These regions were strongly activated by the sounds. 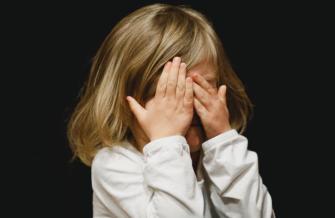 It’s not just sound that can trigger misophonia, apparently.

Says Kumar, “What surprised us was that we also found a similar pattern of communication between the visual and motor regions, which reflects that misophonia can also occur when triggered by something visual.”

That both sonic and visual inputs can trigger the condition prompted the researchers to consider what the two responses have in common. “This led us to believe,” says Kumar, “that this communication activates something called the ‘mirror system,’ which helps us process movements made by other individuals by activating our own brain in a similar way — as if we were making that movement ourselves.”

Invasion of the body snatchers

“We think,” Kumar says, “that in people with misophonia, involuntary overactivation of the mirror system leads to some kind of sense that sounds made by other people are intruding into their bodies, outside of their control.”

Put another way, this hypothesis suggests that the anger and revulsion inside a person with misophonia are an emotional response to an unconscious — and highly unwelcome — sense someone else is attempting to take over control of their mouth, face, and throat.

A trick shared with the researchers by some people with the condition seems to support this:

“Interestingly, some people with misophonia can lessen their symptoms by mimicking the action generating the trigger sound, which might indicate restoring a sense of control. Using this knowledge may help us develop new therapies for people with the condition.”

Senior author of the study is Newcastle’s Tim Griffiths, who says of the study’s findings: “The study provides new ways to think about the treatment options for misophonia. Instead of focusing on sound centers in the brain, which many existing therapies do, effective therapies should consider motor areas of the brain as well.”

Tags
angereating noisesfoodneurosciencepsychologysensessightsound
In this article
angereating noisesfoodneurosciencepsychologysensessightsound
Related
The neuroscience of loving music
Humans are musical animals four million years in the making, explained by music expert Michael Spitzer.
▸
8 min
—
with
Michael Spitzer
Neuropsych
How you breathe affects your brain
Your breathing rhythm influences a wide range of behaviors, cognition, and emotion.
Health
What happens when regular porn watchers abstain for a week?
Researchers watched for signs of withdrawal — but didn’t find any.
Neuropsych
Daily caffeine intake temporarily alters your brain structure
Compared to people who took a placebo, the brains of those who took caffeine pills had a temporarily smaller gray matter volume.
Thinking
Why you should laugh at yourself, according to Seneca and Nietzsche
“It is more human to laugh at life than to lament it.”
Up Next
Life
First-of-its-kind flower smells like dead insects
Life finds a way — in this case, by smelling like death.