Basic Income Could Be the Safety Net Mistreated Employees Need

A universal basic income (UBI) policy could change how we evaluate the meaning and quality of work in our society. 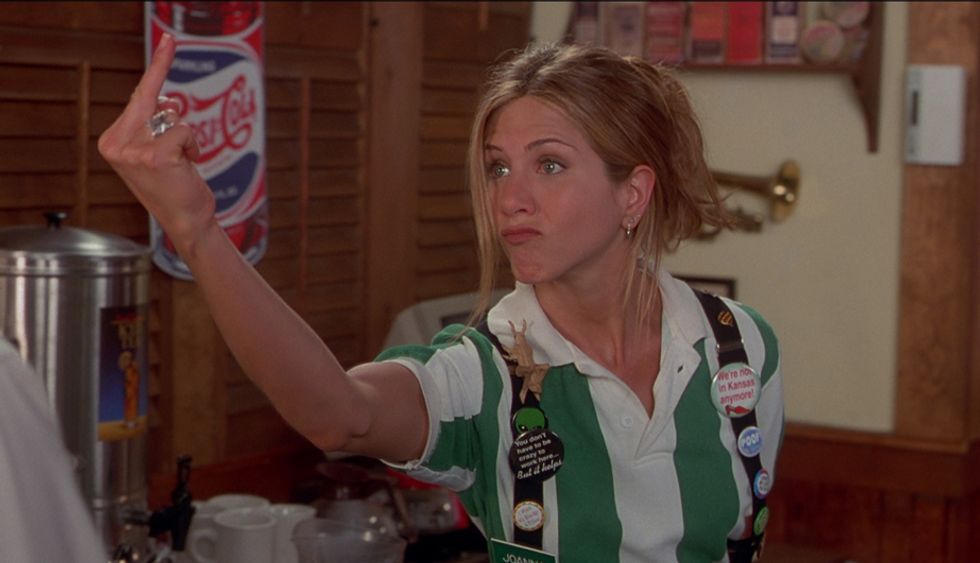 What is work? Clare Ozich, Executive Director of the Australian Institute of Employment Rights (and co-editor of the Green Agenda), considers how a universal basic income (UBI) policy could change how we evaluate the meaning of work in our society in her essay 'The emancipatory potential of a Universal Basic Income'.

Advocates of UBI believe by setting a standard of living through a yearly income for everyone—it would create a floor no one would fall beneath, eliminating poverty. How we implement it successfully is still being tested in countries around the world. (Studies are currently being planned or done in the Netherlands, Finland, and Canada.) But the challenge UBI presents is also a conduit to a larger discussion surrounding the nature of inequality within our society and how we might be able to fix it.

Ozich says the nature of work is changing. Automation is reducing employment in factories and threatens to make many workers unemployed in the next 25 years. It’s important for governments across the world to start considering how we transition. One way is to reduce working hours, another is to redefine what we consider work.

There’s so much more to a person than the day-job they perform. There’s much work our society benefits from which is often unpaid. “I think the most exciting aspect of the debate on UBI is that it opens up a discussion about how we conceive of work; and what value we place on what forms of work,” Ozich writes. “UBI forces us to think about these questions. One of the critiques of UBI is that it is giving people something for nothing. Is it really? Aren’t there already multiple ways we all contribute to our society all the time outside the narrow concept of paid employment?”

Parenthood and child-rearing, as well as volunteer work, and the work and time we put into conservation are all forms of work that help our society in many ways, but we often value employment status—who signs your paycheck—higher than these after-hours projects we partake in.

“One of the reasons I am so attracted to the demand for a basic income is because of the way that it challenges some of the basic tenets of the work ethic—what I would describe as that cultural overvaluation of work that sings the praises of hard work as an inherent value, highest calling and individual moral obligation. This longstanding ethic of work remains a crucial ideological support for an economic system that accumulates great wealth for a few and lifetimes of poorly paid and all consuming waged work for the rest ... Where a strong work ethic is a key element of productivity, our willingness to call these values and modes of being into question is a potentially effective mode of rebellion.”

A UBI could be an effective tool for people to use in order to ask for better working conditions and fair wages. It could act as a safety net so that the fear of job loss would no longer mute requests for better pay or hours, especially among society's most vulnerable workers. It’s a movement that has a message centered around creating a fairer start for everyone, and challenging misconceptions surrounding the very nature of work. It’s an idea which has had promising outcomes for society in at least one past study.

A study in Manitoba, Canada done back in the 1970s provides us with an idea of what a small community receiving basic income would look like. Many believe people would stop working if given a guaranteed wage and some did in Manitoba. But when Evelyn Forget, an economist and professor at the University of Manitoba, looked at why, she began to see how cyclical poverty could be.

There was a 9% reduction in working hours among two main groups of citizens. These people were new mothers, using their additional income to extend their maternity leaves and spend more time with their infants, and teenage boys were using that income to stay in school.

“When we interviewed people, we discovered that prior to the experiment, a lot of people from low-income families, a lot of boys in particular, were under a fair amount of family pressure to become self-supporting when they turned 16 and leave school,” Forget told PRI in an interview. “When Mincome came along, those families decided that they could afford to keep their sons in high school just a little bit longer.”

When you're looking for a better life, a little extra cash can go a long way. A UBI has the power to change many people’s lives. However, time will tell if this radical new policy is feasible.