47% of jobs will vanish in the next 25 years, say Oxford University researchers

“No government is prepared,” The Economist reports. 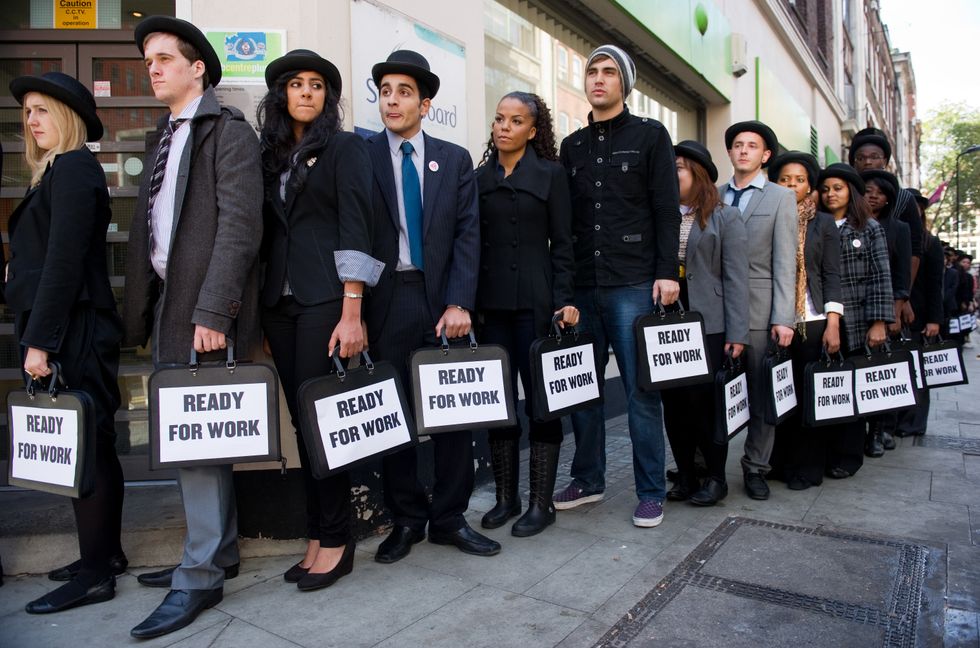 The Trump campaign ran on bringing jobs back to American shores, although mechanization has been the biggest reason for manufacturing jobs' disappearance. Similar losses have led to populist movements in several other countries. But instead of a pro-job growth future, economists across the board predict further losses as AI, robotics, and other technologies continue to be ushered in. What is up for debate is how quickly this is likely to occur.

Now, an expert at the Wharton School of Business at the University of Pennsylvania is ringing the alarm bells. According to Art Bilger, venture capitalist and board member at the business school, all the developed nations on earth will see job loss rates of up to 47% within the next 25 years, according to a recent Oxford study. “No government is prepared," The Economist reports. These include blue and white collar jobs. So far, the loss has been restricted to the blue collar variety, particularly in manufacturing.

To combat “structural unemployment" and the terrible blow it is bound to deal the American people, Bilger has formed a nonprofit called Working Nation, whose mission it is to warn the public and to help make plans to safeguard them from this worrisome trend. Not only is the entire concept of employment about to change in a dramatic fashion, the trend is irreversible. The venture capitalist called on corporations, academia, government, and nonprofits to cooperate in modernizing our workforce.

To be clear, mechanization has always cost us jobs. The mechanical loom for instance put weavers out of business. But it's also created jobs. Mechanics had to keep the machines going, machinists had to make parts for them, and workers had to attend to them, and so on. A lot of times those in one profession could pivot to another. At the beginning of the 20th century for instance, automobiles were putting blacksmiths out of business. Who needed horseshoes anymore? But they soon became mechanics. And who was better suited?

A Toyota plant, Japan. Manufacturing is almost fully automated today and so many other jobs are not far behind.

Not so with this new trend. Unemployment today is significant in most developed nations and it's only going to get worse. By 2034, just a few decades, mid-level jobs will be by and large obsolete. So far the benefits have only gone to the ultra-wealthy, the top 1%. This coming technological revolution is set to wipe out what looks to be the entire middle class. Not only will computers be able to perform tasks more cheaply than people, they'll be more efficient too.

Accountants, doctors, lawyers, teachers, bureaucrats, and financial analysts beware: your jobs are not safe. According to The Economist, computers will be able to analyze and compare reams of data to make financial decisions or medical ones. There will be less of a chance of fraud or misdiagnosis, and the process will be more efficient. Not only are these folks in trouble, such a trend is likely to freeze salaries for those who remain employed, while income gaps only increase in size. You can imagine what this will do to politics and social stability.

Mechanization and computerization cannot cease. You can't put the genie back in the bottle. And everyone must have it, eventually. The mindset is this: other countries would use such technology to gain a competitive advantage and therefore we must adopt it. Eventually, new tech startups and other business might absorb those who have been displaced. But the pace is sure to move far too slowly to avoid a major catastrophe.

According to Bilger, the problem has been going on for a long time. Take into account the longevity we are enjoying nowadays and the US's broken education system and the problem is compounded. One proposed solution is a universal basic income doled out by the government, a sort of baseline one would receive for survival. After that, re-education programs could help people find new pursuits. Others would want to start businesses or take part in creative enterprises. It could even be a time of the flowering of humanity, when instead of chasing the almighty dollar, people would able to pursue their true passions.

On a recent radio program, Bilger talked about retooling the education system in its entirety, including adding classes that are sure to transfer into the skills workers need for the jobs that will be there. He also discussed the need to retrain middle-aged workers so that they can participate in the economy, rather than be left behind. Bilger said that “projects are being developed for that." Though he admits that many middle-aged workers are resistant to reentering the classroom, Bilger says it's necessary. What's more, they are looking at ways of making the classroom experience more dynamic, such as using augmented reality for retraining purposes, as well as to reinvent K-12 education. But such plans are in the seminal stages.

But would those who drive for a living, say long haul truckers and cab drivers, really find a place in the new economy with retraining, once self-driving vehicles become pervasive? No one really knows. Like any major shift in society, there are likely to be winners and losers. This pivot point contains the seeds for a pragmatic utopia, or complete social upheaval, but is likely to fall somewhere between.

Bilger ended the interview saying, “What would our society be like with 25%, 30% or 35% unemployment? … I don't know how you afford that, but even if you could afford it, there's still the question of, what do people do with themselves? Having a purpose in life is, I think, an important piece of the stability of a society."

To learn why employment should be a basic human right, click here: