Why We Have Different Blood Types

How did human blood types evolve to what they are today? Some scientists believe it was our first defense against disease. 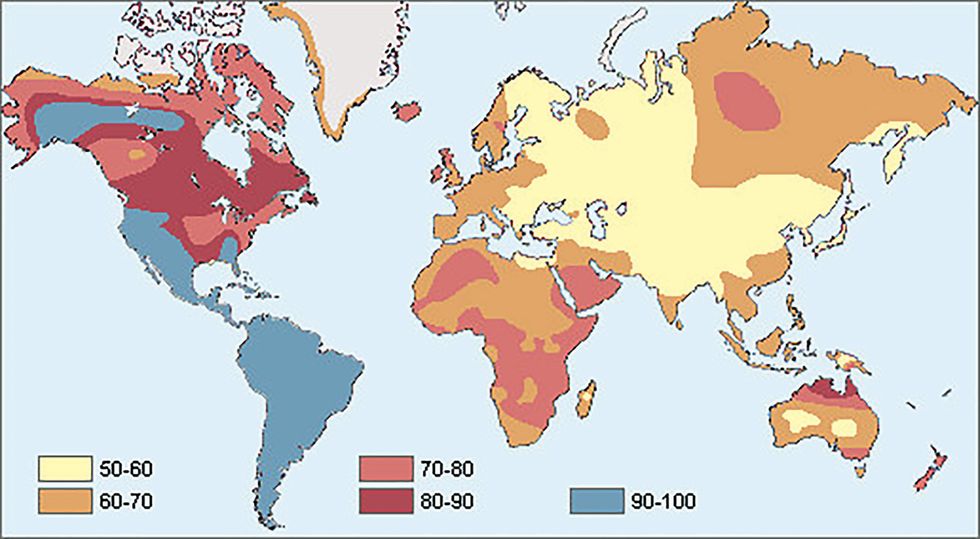 I still remember when my mother told me I had O- blood. She said it meant I was a universal donor—anyone could receive my blood, but I could only take O- blood in return. I'll admit feeling prideful of this distinction—as if I've been selected for a duty to help others. It's a fact I've never questioned until recently. After all, what's the evolutionary advantage for having such different blood types? It certainly doesn't do us any favors when receiving a transfusion of a blood not of your type could very well kill you.

Why blood types are so important

In 1900 Austrian physician Karl Landsteiner discovered there are three blood groups A, B, and O. It was a huge find and he won a Nobel Prize in Physiology or Medicine for it in 1930. A few years later researchers would discover the AB group.

What differentiates one blood group from another are its antigens. It's a coating around the red blood cell, which helps the body identify which cells are yours. So, if an A- patient were to receive a transfusion from a B+ donor, the antibodies in the patient's system would reject the transfused blood, attacking what they perceive as a foreign invader. This attack would cause the transfused blood to clot, threatening the life of the patient.

There are two main antigens that form around our red blood cells, they are known as A and B. So, if your blood type AB, then you have both the A and B antigens. Type O lacks the A and B antigens, so the antibodies of a type O patient would attack A or B blood from a transfusion. Think of antigens as a hall pass, if your blood cells have them, then they won't get any trouble from the hall monitors (antibodies).

The + and – symbols also have significance in blood transfusions, which pertain to another set of antigens known as Rhesus or Rh. This is another collection of 45 different antigens. But they're all produced as a single group, so you either have all of them (Rh positive) or none of them (Rh negative). So, when it comes to transfusions AB+ can take any blood, whereas O- can only accept O- blood.

How different blood types came to be

Back when humans first roamed the Earth, we weren't concerned with blood transfusions. But science has yet to explain why some groups of people are more likely to have one blood type over another.

Based on diagrams from http://anthro.palomar.edu/vary/vary_3.htm

Type A is thought of to be the most ancient. Pre-humans began with type A blood before early humanoids began to exhibit certain mutations in the form of other blood types, which might or might not have turned into survival advantages.

“So about five million years ago, this mutation pops up called group O. And around that time, and subsequently, group B developed,” Dr. Christine Cserti-Gazdewhich, a hematologist at the University of Toronto, told NPR.

One clue to how these mutations survived can be found in their unique resistance to certain diseases. A 2007 study published in the Proceedings of the National Academy of Sciences indicates cells infected with malaria don't stick well with type-B or O blood. So, those with the O or B type lived long enough to reproduce, while the type As died out.

“Infectious organisms that carry A- and B-like antigens may have indeed played a role in the somewhat different distribution of blood types worldwide,” Harvey G. Klein, chief of the department of transfusion medicine for the National Institutes of Health, explained in a post for Scientific American.