Mathematical Evidence Points to a New Planet in Our Solar System

Scientists are reconsidering the number of planets in our solar system after finding mathematical evidence for a new planet that would orbit the sun every 10,000-20,000 years. 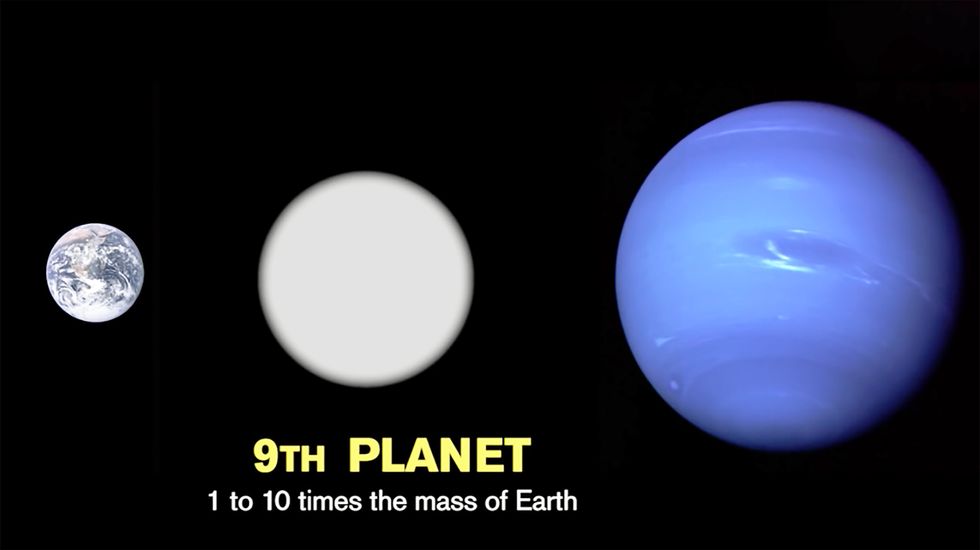 Scientists are reconsidering the number of planets in our solar system — there may be nine in it after all, but Pluto still isn't one of them (according to scientists).

In the badlands beyond Neptune and past the ring of icy debris known as the Kuiper belt, of which Pluto is a resident, it's possible there's another planet orbiting our sun. Where Neptune takes 165 years to make a full rotation around the sun, Planet Nine (or Ten if you still consider Pluto a planet) could take 10,000 to 20,000 years to make a full trip.

Caltech Astrophysicist Mike Brown and Konstantin Batygin are the two scientists credited for this potential discovery. They “found” it through mathematical models and simulations. The planet hasn't been observed directly through a telescope, however astrophysicists have long known that the structure of our solar system doesn't add up. The two made their case for this Planet Nine in a report published in The Astronomical Journal.

Some may recognize Brown as the man responsible for demoting Pluto from its planet status. He hopes that this new find will help fill the planet-sized hole he left in our hearts.

“My daughter is the one who told me I need to do this,” he told the L.A. Times. “Even before we started this, she said, ‘Daddy, what you need to do is go find a new planet so that people will no longer be sad about Pluto.’”

If this Planet Nine does exist, it would put to rest many mysteries surrounding the workings of our solar system:

"Although we were initially quite skeptical that this planet could exist, as we continued to investigate its orbit and what it would mean for the outer solar system, we become increasingly convinced that it is out there," says Batygin, an assistant professor of planetary science. "For the first time in over 150 years, there is solid evidence that the solar system's planetary census is incomplete."

Scientists estimate the planet is one to 10 times the mass of Earth, sitting right between Earth and Neptune size-wise. Despite its estimated size, the planet will prove difficult to find. At its closest point to Earth the planet will still be 18.6 billion miles away, shrouded in the dark void of space. What's more, even with the Earth's most powerful telescopes looking, it will take tremendous effort and luck to spot the thing. It has a possible orbit of 20,000 years — that's a lot of celestial ground to cover.

Like a "new" planet could ever fill the hole Pluto left in our hearts.