If you could, would you delete some memories you don’t like and replace them with much better ones? How far are you willing to go to tweak your brain if doing so could give you super abilities?

These are not just hypothetical questions to Bryan Johnson, the founder of the brain-hacking startup Kernel. He believes that in the next 15 years humans will be able to greatly expand their brain’s natural abilities, and he put $100 millionof his own money to make that happen.

Speaking recently at the Web Summit in Lisbon, Johnson said that in the next two decades, researchers should develop tools for the brain that will allow us to “pose any question we wanted” –

“For example, could I have a perfect memory?” asked Johnson. “Could I delete my memories? Could I increase my rate of learning, could I have brain to brain communication? Imagine a scenario where I say ‘I want to know what it’s like to be a cowboy in the American west in the 1800s?’ and someone creates that experience mentally. I’m able to take that and purchase that from that person and experience that.” 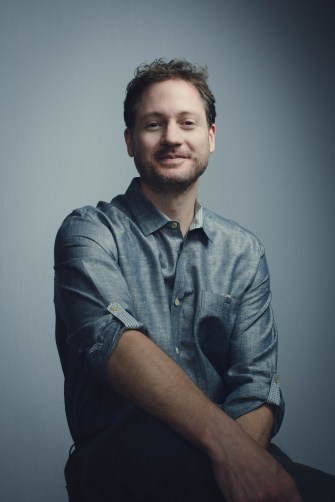 The current focus for Kernel, called by Johnson a “human intelligence (HI) company,” will be on developing new tech to treat neurological diseases.

They want to build a tiny implantable chip, called a “neuroprosthetic” that will help people suffering from damage caused by strokes, concussions or Alzheimer’s disease. But Kernel’s ultimate objective looks towards the future, to continue developing the chip for the purpose of the brain’s “cognitive enhancement.”

The company’s mission statement describes their goals this way:

“To further explore our own human boundaries, a wave of new technologies needs to emerge that can access, read, and write from the most powerful tool we have — the human brain.”

Could Johnson pull this off? The entrepreneur has been successful in his ventures so far, making money by founding and selling the payments company Braintree to Paypal for $800 million in 2013.

Johnson is also not the only one betting on a future where our brains have enhancements. Elon Musk is also developing a brain-computer interface and has founded a company to make what he calls “neural mesh” a reality.

You can hear Johnson’s speech at the Web Summit here:

Related
13.8
Why the origin of life and the Universe itself might be forever unknowable
There might be a hard limit to our knowledge of the Universe.
Hard Science
200 years of exploring Antarctica
What we’ve learning from the world’s coldest, most forbidding, and most peaceful continent.
Sponsored
4 misleading personal finance tips
Personal finance advice is often over-simplified and fails to consider economic research or people’s unique circumstances.
Strange Maps
Europe’s stunning digital divide, in one map
Some Europeans really don’t want to use the internet.
Thinking
Bonhoeffer’s “theory of stupidity”: We have more to fear from stupid people than evil ones
Evil is easy to identify and fight against; not so with stupidity.
Up Next
The Future
This A.I. Chatbot Will Get Revenge on Email Scammers For You
Bothered by spam and phishing emails? This bot can waste months of a spammer’s time, and produces some hilarious results… and you can use it for free right now.