American researchers have announced the successful repair of a human embryo’s genes. As reported in the journal Nature, they used CRISPR-cas9. On one hand, their success represents an exciting breakthrough and on the other, it’s a stark reminder of all we don’t yet understand about human genetics. That’s because the repair of the gene occurred in a way that researchers didn’t anticipate.

The gene they repaired is MYBPC3. A mutation in it causes hypertrophic cardiomyopathy (HCM). With HCM, which is estimated to occur in 700,000 to 725,000 U.S. citizens — 1 in 500’s heart muscle becomes thickened. Many people lead normal lives with it, with or without treatment. HCM isn’t restricted to any particular group or gender, either, but the disease is especially worrisome in young people, where its first symptom can be sudden death — in fact, it’s the most common cause of death in young athletes.

Word of the repair first appeared in i News, followed a week later by the peer-reviewed study in Nature. An international team authored the study, with scientists from Oregon, California, China, and South Korea. They were led by senior author Shoukhrat Mitalipov, director of the Center for Embryonic Cell and Gene Therapy at Oregon Health and Science University (OHSU).

Mitalipov previously made a name for himself by introducing the first cloned stem cells from monkeys, the first “three-parent” monkeys, and making embryonic cells from human skin cells. 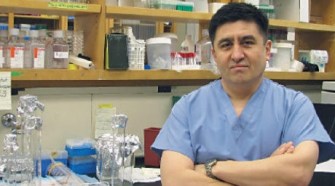 The new study involved embryos created with eggs from 12 healthy females injected with sperm from a male with the MYBPC3 mutation. The team tried twice, using a cas9 enzyme targeting the mutation they sought to snip out. The cas9 enzyme was accompanied by a synthetic DNA template modeled after a normal MYBPC3 gene, but chemically tagged so it could be identified by researchers later.

In the first experiments, the scientists fertilized 54 eggs with the sperm, and then injected the cas9 enzyme and template post-fertilization.

In 36 of the embryos (66.7%), the mutation was repaired. Of the remaining 18 (33.3%), 5 embryos were simply not repaired. The other 13 were more troubling: They contained a “mosaic” of repaired and unrepaired genes that may represent a potential time bomb for subsequent generations, one of the reasons many are encouraging caution when modifying embryos. Bioethicist L. Syd M Johnson tells Big Think, “It’s one thing to use experimental gene therapies in patients, where the modifications will be isolated to that individual. It’s something else entirely to make genomic changes that could potentially be passed on to future generations, which is what happens when you alter an embryo.”

If you carry the MYBPC3 mutation, there’s a 50% chance your children will develop HCM. It only takes one parent having the mutation for offspring to acquire the condition.

CRISPR During Fertilization — and a Surprise

In the second round, the scientists injected the sperm, cas9, and the DNA template together, and the the result was a pronounced increase in their success rate. In 42 of the 58 embryos, 72.4%, the mutation was successfully snipped out and replaced by cells without the MYBPC3 mutation. And — most encouragingly — no mosaic embryos were produced.

But here’s the surprise, and the reminder of how much there still is to learn. The replaced DNA in all 41 of the repaired embryos was not from the injected DNA template — instead it was non-synthesized, or “wild,” MYBPC3 material from the maternal egg. “We were so surprised that we just couldn’t get this template that we made to be used,” Mitalipov tells New York Times. “It was very new and unusual.”

It also allows Mitalipov to hedge a bit as to just exactly what he and his team have done. “Everyone always talks about gene editing,” he says. “I don’t like the word ‘editing.’ We didn’t edit or modify anything. All we did was unmodify a mutant gene using the existing wild-type maternal gene.” In other words, we didn’t implant synthetic DNA in anyone. This is why the title of his paper is “Correction of a Pathogenic Gene Mutation in Human Embryos.” To be fair, “unmodifying” something should really mean to just leave it alone, and it may be more accurate to say that his team simply snipped out a mutation and the embryo unexpectedly did the rest.

The study notes the potential for repairing embryos with undesirable mutations before they’re implanted during IVF, and others agree that reducing the number of defective embryos would be a positive thing. Not everyone’s comfortable with the idea though. There is the issue of the potential for engineering “designer babies.” Hank Greely, director of the Center for Law and the Biosciences at Stanford notes, “If you’re in one camp, it’s a horror to be avoided, and if you’re in the other camp, it’s desirable.”

“There’s an additional worry that this technology might be used for nefarious purposes,” says Johnson, “to advance eugenicist policies, for example, to ‘weed out’ undesirable traits or people.” She adds, “It’s a small conceptual step to move from so-called undesirable traits to undesirable humans. Humans have an unfortunate history of taking that step.” 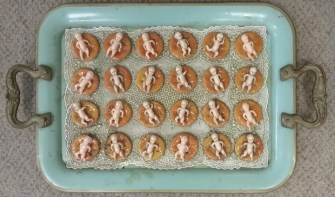 Mitalipov’s next step is to see if he can similarly “unmodify” other mutations, including some that are trickier to target than MYBPC3s. The legal terrain in the U.S is not exactly welcoming of such efforts, with the Food and Drug Administration prohibited from permitting clinical trials of germline engineering, and the National Institutes of Health not funding research on gene-editing in humans. (Mitalipov’s work was funded by OHSU, the Institute for Basic Science in South Korea, and some private foundations.) This may be starting to change, though — a committee of the National Academy of Sciences, Engineering and Medicine has recently endorsed the modification of human embryos for the purposes of repairing mutations that would otherwise lead to a serious condition if there’s no other known remedy.

While the possibilities suggested by the study’s success are obvious, the results weren’t perfect, and there’s more work to be done. As Gaétan Burgio told WIRED, “This is a remarkable paper that shows how much the field has progressed in just the last year or two. But I think for now everyone needs to chill down a bit.”

Johnson notes, “We are talking about the future of the human species here. Before we rush headlong into a future where germline genetic modifications of humans might be possible, it’s important to consider whether that’s a future we really want, how the use of the technology will be controlled, who will have access to it, and how human individuals and the diversity of our species will be protected.”

Tags
bioethicsbreakthrough studycas9CRISPRdesigner babiesDNA editembryogene editingHCMhypertrophic cardiomyopathyMitalipov
In this article
bioethicsbreakthrough studycas9CRISPRdesigner babiesDNA editembryogene editingHCMhypertrophic cardiomyopathyMitalipov
Related
The Well
CRISPR: What will humanity create?
CRISPR’s gene drive can defy evolution. Here’s how, explained by Nobel Prize winner Jennifer Doudna.
▸
6 min
—
with
Jennifer Doudna
Thinking
Gray zone: when is it best not to save a life?
Medical science can save lives, but should it do so at the cost of quality of life?
Thinking
The other moral in Frankenstein and how to apply it to human brains and reanimated pigs
Some neurology experiments — such as growing miniature human brains and reanimating the brains of dead pigs — are getting weird. It’s time to discuss ethics.
Health
CRISPR therapy cures first genetic disorder inside the body
It marks a breakthrough in using gene editing to treat diseases.
Health
Meet Dr. Jennifer Doudna: she’s leading the biotech revolution
She helped create CRISPR, a gene-editing technology that is changing the way we treat genetic diseases and even how we produce food.
Up Next
Starts With A Bang
Ask Ethan: Does light always move at the same speed?
The speed of light is a universal constant, but that doesn’t necessarily mean that light always travels at that speed, does it?“There was a young lady named Bright,Whose speed was far […]