CRISPR-Cas9 is a precise method of gene editing. It can snip a gene out of the DNA sequence –say, a harmful mutation – then add a healthy gene to replace it. This new but exciting technique is being used in clinical trials to treat things like hereditary cancer. It could also be a godsend for certain genetic diseases, such as Huntington’s or Tay-Sachs disease, among others. Experimental studies with cancer and blindness are slated to reap benefits this year.

Despite the great promise this new technique affords, there is controversy surrounding applying it to human embryos. One such concern is creating designer babies. Another is accidentally creating a hereditary disease and allowing it to enter the human genome. This could be passed down from parent to child, dooming future generations. But some fear that stifling regulation suppresses innovation and the march of progress. So, of course, there needs to be balance between regulation and freedom of exploration.

The National Academy of Sciences (NAS), aware of the growing debate, put together a committee of experts last year to consider the ethical quandaries the technique presents when applied to human embryos. It’s just recently released its report, a full 261 pages, which suggests allowing CRISPR to be performed on embryos in certain instances, and barring others. The committee concluded that cures for serious diseases and disabilities should be allowed, especially when conventional medicine offers no “reasonable alternative.” But the advisory panel won’t abide designer babies or the creation of super soldiers. 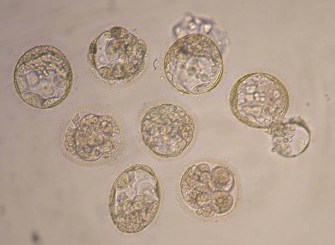 The committee suggests opening the door a crack, and allowing gene editing on embryos for research on certain diseases.

Richard Hynes co-chaired the committee. He wrote that since the science is flying by at an outrageous clip, we should keep a tight grasp on it for now. “You want to have a good control of what is being done,” he wrote. Chinese scientists have already modified the DNA of five embryos as of 2015, using this technique. Sweden is also conducting advanced experiments, fueling the fear that the US could fall behind.

Many hailed the NAS committee’s move. This framework should allow for more cancer studies and those on genetic diseases, like retinal degeneration, which can lead to blindness. But some say, the guidelines are still too stringent. There are a lot of genetic diseases such as muscular dystrophy, sickle cell anemia, or even Parkinson’s, which may benefit from CRISPR experiments. But the panel fears allowing a technique whose outcome isn’t entirely known.

University of Wisconsin ethicist Alta Charo was a co-chair of the advisory group. She said that although off-label uses, or those which a drug wasn’t intended for, are tolerated with pharmaceuticals commonly, gene editing of embryos would not allow such a practice. What’s more, a social consensus is needed before the gene editing of embryos becomes common practice. “It is essential for public discussions to precede any decisions about whether or how to pursue clinical trials of such applications,” said Charo. “And we need to have them now.”

Some fear that this technique could someday be used to add muscle tissue to a person’s body to make them stronger or faster, or neural manipulation will be performed to reap greater intelligence. Gene editing may even allow for certain anti-aging features to become available. This last one might be allowed as a sort of preventative medicine.

With these guidelines, Charo and colleagues were clear: you can use gene editing to undo illness but not enhance the human body. Some geneticists find the prospect of genetic enhancement “ethically inviolable.” Even so, the technique is not able to perform such feats, yet. “Genome editing to enhance traits or abilities beyond ordinary health raises concerns about whether the benefits can outweigh the risks, and about fairness if available only to some people,” Charo said. 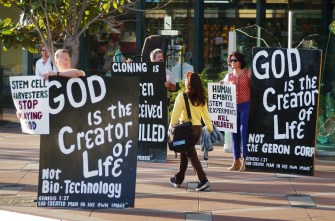 This research could create a backlash. Committee members point out the need for a societal consensus on the gene editing of embryos, before it becomes commonplace.

Should we continue to embrace individuality, or are we destined to edit out everything that makes us unique, creating a race of beautiful, bland, healthy geniuses, and in the end, losing heterogeneity? With it could go innovation, novelty, uniqueness, disruption, and creativity. After all, it is usually the mavericks, the marginalized, and the outliers that revolutionize society. Or would a startling divide be born, between those who could afford gene editing and those who couldn’t?

The philosopher Alan Watts once said that if we reached the point where we could design people, we should make as diverse a group of possible, so to have enormous flexibility. For who knows what kinds of people will best populate the late 21st century and beyond.

These guidelines posit a tight way of allowing the exploration of CRISPR for use in the human genome. Currently, the FDA bars the germline engineering, or gene editing, of human offspring. But the guidelines are meant as a crack of light, showing the way, but also a way of beginning the conversation of how we should proceed.

CRISPR: What will humanity create?

It marks a breakthrough in using gene editing to treat diseases.
Health

She helped create CRISPR, a gene-editing technology that is changing the way we treat genetic diseases and even how we produce food.
Health

Could this spell the end for mosquitos?
Health

In the near-term, gene editing is not likely to be useful. Even in the long-term, it may not be very practical.
Up Next
Starts With A Bang

Why science will never know everything about our Universe

There is so much we’ve discovered and so far that we’ve come. But there’s a limit to knowledge we’ll never be able to overcome.“To know that we know what we […]