Why the Future of Virtual Reality Might Not Be "People First"

Mark Zuckerberg insists the future of virtual reality will put "people first." The development trajectory of the technology tells another story. 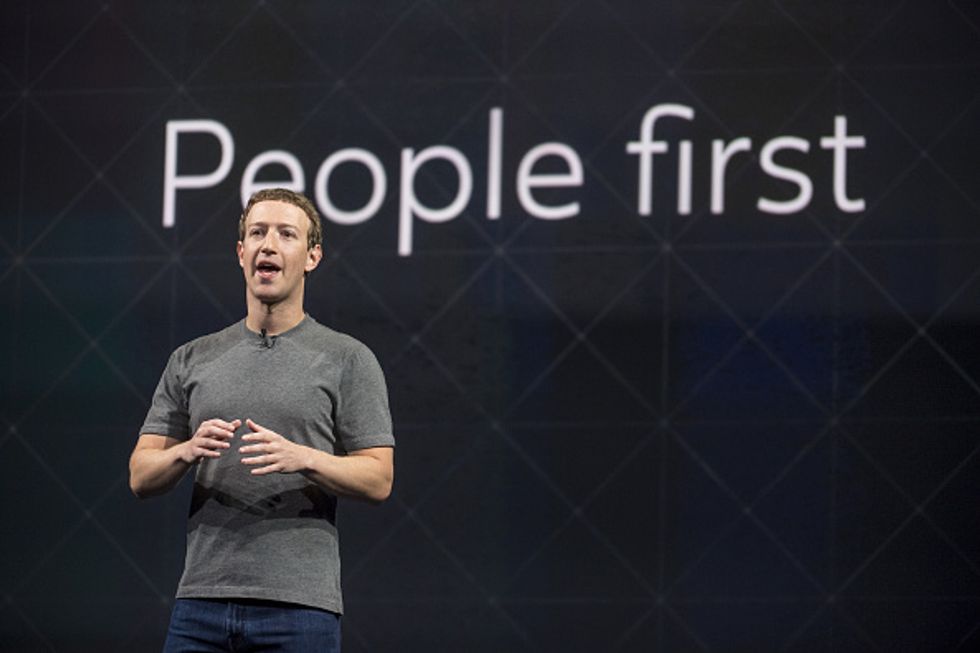 Imagine being able to sit down on your couch and go anywhere you want. You could go to Paris and walk beneath the Eiffel Tower. You could go to the bottom of the ocean and touch all the strange, wonderful creatures that live there. You could go to Mars and explore its sandy dunes alongside the Curiosity Rover. In this scenario, you can see, do, and be anything you want. All you have to do is put on a headset.

That’s the future of virtual reality, according to Ernest Cline’s cult classic science fiction book Ready Player One. It’s also the future that Mark Zuckerberg is trying to create.

The Facebook CEO said as much during the keynote speech at Oculus’ Connect 3 conference earlier this month. The conference is a meeting ground for virtual reality developers, and Oculus is the leading developer in the space. Facebook famously spent $2 billion to purchase it  in 2014 with the intention of expanding its ground-breaking technology. Given the demo, it’s easy to understand why: they want to make the real world a virtual experience.

What I mean by that is this: they want to use virtual reality technology as the ultimate hangout space for everyone on the planet. That’s a philosophy Zuckerberg described as “people first.” He wants virtual reality to be “all about experiences,” meaning the software will help connect people from any location and share whatever they want in real-time.

That’s radically different from how our current technology works. “Unlike apps, where you have to go click through menus and pick and choose individual options, you don’t have to do that in virtual reality,” Zuckerberg said. “You can click and control anything at any time [in the virtual reality dashboard].” Here’s an example: if you want to hang out with your friends online now, you’d have to contact them through Facebook Messenger, Skype, or some other app, and click a whole bunch of things to get your friends all on the same screen talking to each other; in virtual reality, all you’d need to do is put on your headset.

In that way, Zuckerberg’s vision is exactly like Ready Player One. Cline’s story takes place in a post-apocalyptic world where people live in giant trailer parks. There is no economy -- except for the one in OASIS, a virtual reality world that’s equal parts social network and World of Warcraft.  Entire lives are lived in OASIS: kids go to school in the OASIS, hang out in the OASIS, work in the OASIS. Human connection in the real world is almost non-existent -- not because it’s terrible, but because connection in OASIS is so much easier. “There, inside the game’s two-dimensional universe, life was simple: it’s just you and the machine,” Cline writes.

Given the tone of the keynote, it’s very possible our virtual reality technology might bring about the same, isolated future. Zuckerberg admitted to that in his presentation, saying that while “you can bring in any kind of experience you want, not every one will be social. In fact, most aren’t.” Another telltale sign is that the bulk of Oculus’s tech development is geared toward enriching immersive but isolated experiences.

Oculus’ head of product development Neil Hughes said as much during his portion of the keynote, speaking about the company’s plans to let users create avatars from “1 billion permutations” and add ambisonic sound into its headsets to create rich 3D soundscapes. They’re developing “parties” where up to 8 people can hang out in a virtual room and play games or watch Facebook videos together. They’re spending $500 million to develop content, and want to add another 500 games to the Oculus’ virtual library in the next 2 years. They’re developing a whole new standalone virtual reality set with the OASIS M.O. -- portable, affordable, designed to be used by anyone, anywhere, with an internet connection. They’re even trying to emulate the virtual school of OASIS by starting a $10 million fund for developers to create educational content.

Exciting as those developments are, they run the very real risk of isolating us inside our own virtual worlds. Why would we watch Facebook videos with friends in virtual reality, when we can go to the moon? Why would we do anything in the real world when we can do anything we want in the virtual one? The immersiveness of virtual experiences might very well be a deterrent for seeking out comparatively mundane ones like hangouts -- or even real world connections. But only time will tell if our use of the technology will truly “put people first” as Zuckerberg intends. Until then, we have to consider Cline’s own conclusion from the end of the book. “As terrifying and painful as reality can be, it’s also the only place where you can find true happiness.”