The 6 Most Confusing Health Buzzwords - and What They Really Mean 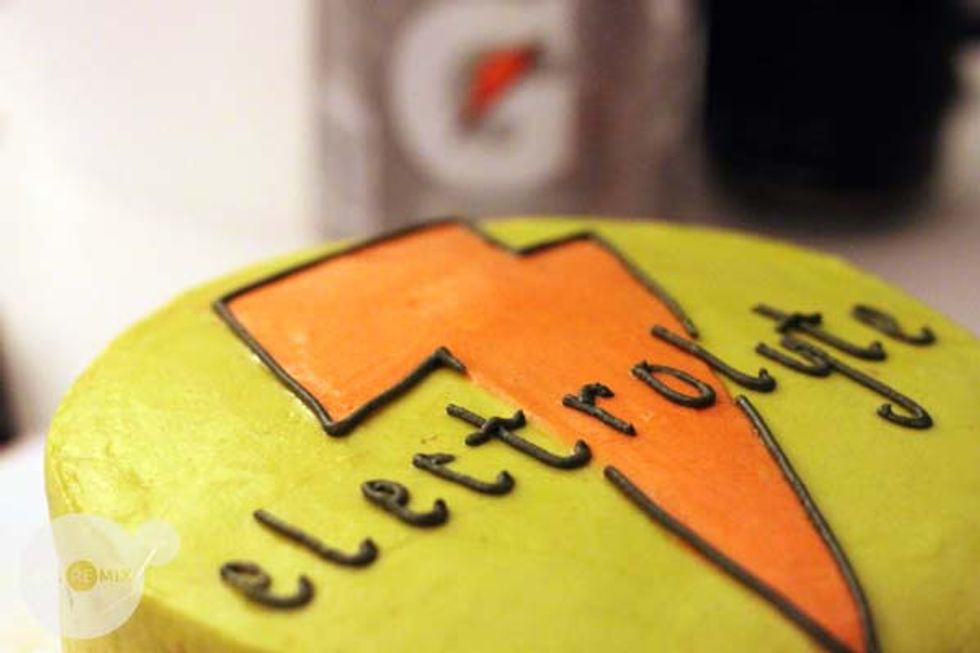 Healthy sounding foods aren’t always healthy. A 2014 study titled Truth, Lies, and Packaging: How Food Marketing Creates a False Sense of Health examined the difference between packaging claims of a food’s nutritional value versus its actual nutritional value. Lead study author Temple Northup wrote that “certain buzzwords create a health halo that implies a food is better for you than it actually is.” A “health halo” is a protective barrier cast over foods because of their packaging, often co-opting and misappropriating scientific terms to do so. Worse still, consumers don’t really catch on to the difference: they even eat more health halo products than they ordinarily would because of the healthy misconception. Here are the 6 muddiest science terms that have been co-opted as health halos:

A superfood is a nutritionally dense food with anti-aging properties. Superfoods can be almost any whole foods, including blueberries, kiwi, salmon, turkey, kale, beans, soy, and quinoa. But according to the American Heart Association, there are no set criteria defining a superfood. There’s not even an officially approved list of them. The truth is that most superfoods aren’t really super; they just have large doses of vitamins and minerals. “A lot of people have unrealistic expectations about these foods, thinking they’ll be protected from chronic diseases and health problems,” explains nutrition professor Penny Kris-Etherton, PhD R.D. on the AHA site. “They may eat one or two of these nutrient-dense foods on top of a poor diet... as a registered dietician, I’d like to see people eat more of the superfoods like whole grains, legumes, nuts and seeds, fish, fatty fish and all fruits and veggies.”

An organic food is grown, produced, or harvested without synthetic pesticides, chemical fertilizers or genetic modification. Organic foods can be meat, eggs, and dairy products, and must be legally certified by the US Department of Agriculture in order to be called organic. Organic farming is nothing new, but since the USDA released its standards in 2002, organic foods exploded in the consumer market. Now, the term organic is applied more frequently as a marketing term than it is to foods that are genuinely certified. That difference is seldom publicized or known, and consumers continue to pay more for organic foods because they expect them to be healthier. The best way to counteract this effect is to look for the USDA certification sticker.

An electrolyte is a solution that conducts electricity and is made of salt ions. The human body has 8 types of electrolytes that it uses to maintain hydration, nerve impulses, muscle function, and waste elimination. They’re important, but your body has plenty of them; it only needs more electrolytes after profuse sweating, diarrhea, vomiting, or excessive urination. That hasn’t stopped marketing companies from applying that word to sports and energy drinks, most of which contain enough caffeine and sugar to offset any benefits from the electrolytes. Scientific studies -- including this 2005 one, this 2005 one, and this 2007 one -- show that the benefits of these drinks are limited at best. More research is needed, but as it stands now there are very few benefits to drinking energy drinks to restore electrolyte balance.

Like electrolytes, your body produces antioxidants on its own. Antioxidants are molecules that inhibit oxidation of other molecules. “Oxidants are free radicals that you find in the environment, but they're also produced naturally in your body,” defines Diane McKay, Ph.D., a professor at Tufts University. Free radicals have at least one unpaired electron, forcing them to tear apart your cells, proteins, and even DNA for stabilizing electrons. Antioxidants neutralize that damage, but “the effectiveness of any given antioxidant in the body depends on which free radical is involved, how and where it is generated, and where the target of damage is,” according to How Stuff Works. So eating a food with added antioxidants may not offer any health benefits. “If you have too many antioxidants, you suppress your body's own ability to turn on its antioxidant defense system," McKay says. Worse still, according to the US Pharmacopeial Convention, “antioxidant supplements also largely have a placebo effect, and some studies have even found they might have a negative impact on certain diseases like lung and skin cancer.”

Probiotics are foods or dietary supplements that contain live bacteria and are intended to supplement healthy bacteria in our microbiome. It was coined in 1965 and comes from the Greek words “for life.” There are many probiotic foods and supplements touting the necessities and benefits of these live bacteria, particularly in relation to improved digestion and bowel movements. Most people believe they need probiotics for those reasons, but the only scientifically-proven benefits for probiotics thus far are in treating diarrhea, particularly after taking antibiotics (which wipes out all gut bacteria, good and bad). Most people don’t need probiotics to be healthy.

Gluten is a mixture of proteins found in wheat and other grains like barley, rye, oat, malt, and spelt. Think of it as a glue that holds foods together and helps them maintain their shape. Unfortunately, more and more people are experiencing sensitivities or intolerance to gluten in the last 10 years. That sensitivity is an autoimmune disorder, and can be as mild as digestive disorders and nausea or as serious as celiac disease. The explosion of gluten sensitivity can most likely be traced to improved diagnostic procedures, according to nutrition and public policy expert Marion Nestle. Nestle also explains the rise of gluten intolerance as, “for reasons of genetics, some people cannot fully digest glutens. The undigested protein fragments induce a toxic immune response.” Most people do not have that response, but they think they do because they show the more mild symptoms of digestive distress. The only way to be certain of a gluten intolerance is with doctor’s test. Still, most people assume they have it rather than get the test. Especially since gluten-free foods have been heavily marketed to the mass public since 2009.

GMOs, or “genetically modified organisms,” are living things whose genetic material has “incorporated new genes from one species into a completely unrelated species through genetic engineering, optimizing agricultural performance or facilitating the production of valuable pharmaceutical substances from two species,” according to Nature. Crop plants, farm animals, and soil bacteria have all benefitted from the genetic engineering process. That may sound like the work of a mad scientist, but in truth it means growing crops more efficiently, without harsh pesticides, and with enough hardiness to resist both drought and famine. It also means scaling up pharmaceutical production, enhancing soil nutrient yields, and removing threats of disease contamination from our food supply. There’s nothing scary about them. Bill Nye even says so: In short, healthy-sounding scientific buzzwords will grant you health benefits; they just won’t be magical. Now you know.