How to Spot a Creep (According to Science!)

Creepy is a hard thing to pin down. Thankfully, science has just done it. Here are the definitive characteristics of creepiness. 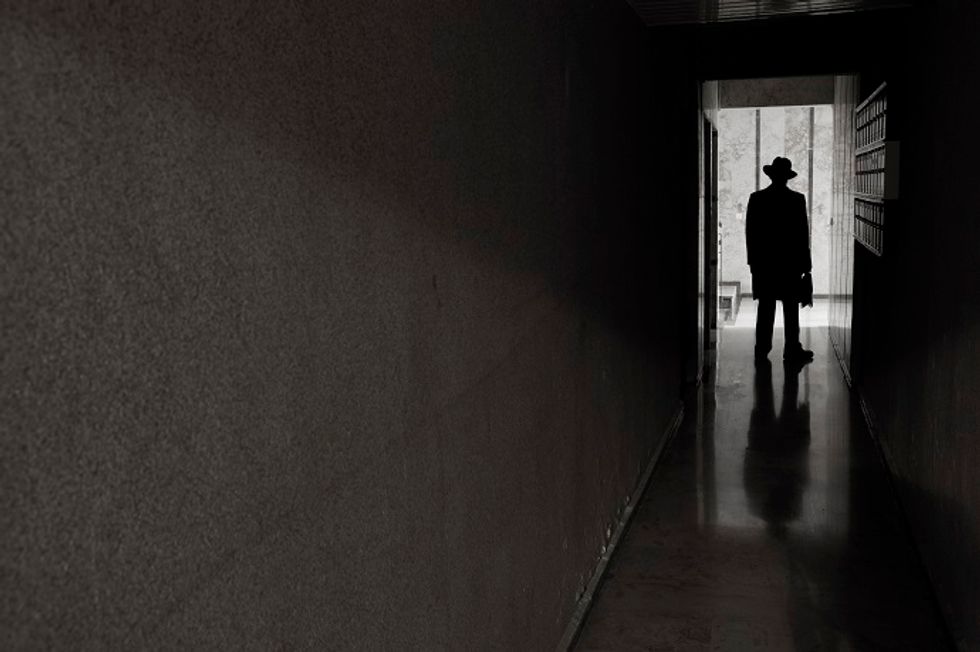 Creepy is a hard idea to pin down. It’s more a feeling than a definitive set of characteristics -- which is exactly why scientists at Knox University decided to create some.

Psychologists Francis McAndrew and Sara Koehnke started by trying to define triggers for creepiness: “It is our belief that creepiness is anxiety aroused by the ambiguity of whether there is something to fear... and by the ambiguity of the threat,” they write in a New Ideas in Psychology paper. They continue:

Most people have probably used the concept of “creepiness” to describe their reactions to individuals whom they have encountered, and an initial perception of an individual as “creepy” undoubtedly creates an impediment to comfortable future social interactions with that person.

Using that concept as a hypothesis, they gave an international group of 1,342 people (1,029 females and 312 male) this prompt: “Imagine a close friend of yours whose judgment you trust. Now imagine that this friend tells you that she or he just met someone for the first time and tells you that the person was “creepy.””

With that prompt, they ranked 44 different patterns of behavior, 21 occupations, and dozens of situations and hobbies on a scale of 1-5 in creepiness - including, “I am uncomfortable because I cannot predict how he or she will behave,” “I think that the person has a sexual interest in me,” and “People are creepier online than when I meet them face-to-face.” The least threatening ones were ranked 1 while the most threatening/off-putting/inappropriate ones that were most likely to make you run screaming were ranked 5. After calculating all the numbers and weighing the whole set for averages, they had the world’s first empirical dataset for creepiness.

So what behaviors are the most creepy? The creepiest things people can do, according to science, are:

Watching a friend before interacting

Steering a conversation toward sex

Asking to take picture of friend

Being the opposite sex of friend

Never looking friend in the eye

If you want to vet a potential date, here are the creepiest things people do and look like, according to science:

The person stands too close to your friend

The person has a peculiar smile

The person has bulging eyes

The person has long fingers

The person has unkempt hair

The person has very pale skin

The person has bags under his or her eyes

The person is dressed oddly

The person licks his or her lips frequently

The person is wearing dirty clothes

The person laughs at unpredictable times

The person relentlessly steers the conversation toward one topic

TL; DR - if someone looks kinda like Dracula and they’re talking or laughing at odd times, they’re creepy. If they’re registering all of these traits, like in this example, RUN:

Talking a lot about clothes

TL;DR - the opposite of creepy is apparently adorable:

Overall, the study participants thought men were far creepier than women. That may be because there were so many more females in the study, and females rated anyone who could pose a sexual threat as higher on the creepy scale: "The results are consistent with the hypothesis that being 'creeped out' is an evolved adaptive emotional response to ambiguity about the presence of threat that enables us to maintain vigilance during times of uncertainty," write McAndrew and Koehnke.

While there were other interesting patterns as well -- like older people being less likely to be creeped out than younger people -- the biggest takeaway seems to be that any behavior or characteristic that seems even slightly sexually threatening is creepy. Some of them can’t be helped because they’re physical traits (sorry, Steve Buscemi; bulging eyes are officially creepy) or linked to social disorders like Aspergers and Autism. Thankfully, most of them can be corrected by improving your social skills -- which you can do in under 30 minutes, thanks to entrepreneur Ramit Sethi: