What is the blood moon prophecy?

As we’ve come to expect, conspiracy theorists and fringe Christian evangelicals are heralding the July 27 blood moon as a sign of the imminent apocalypse. But what is the blood moon prophecy, and why does it appeal to a certain type of believer? 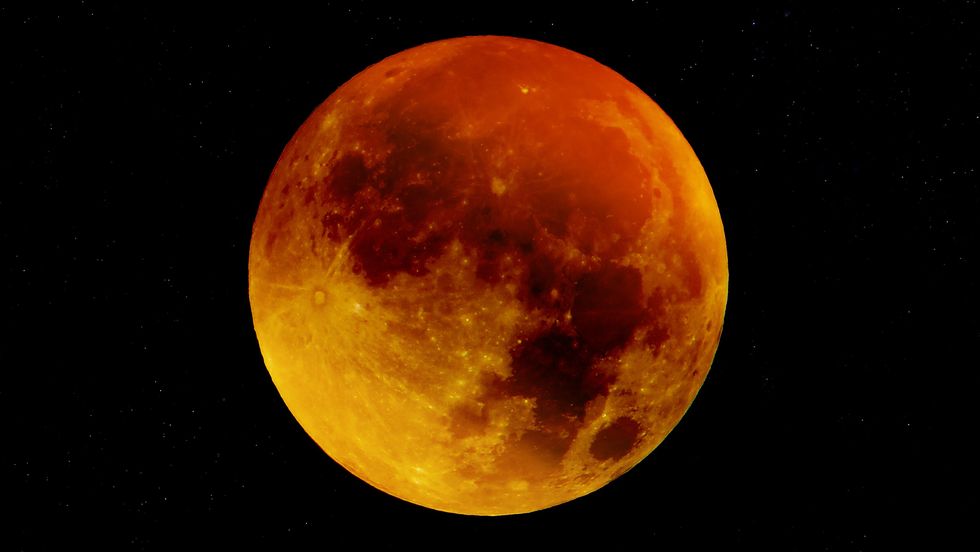 “The blood moon is upon us again.” It sounds like a tagline for the latest Castlevania sequel, but the reality is a tad less theatrical. EarthSky reports that on the night of July 27–28, sky watchers in the Eastern Hemisphere will be treated to the longest total lunar eclipse of the 21st century, hanging out for a stunning one hour and 43 minutes.

As we’ve come to expect whenever a blood moon arises, conspiracy theorists and fringe Christian evangelicals are heralding the event as a sign of the imminent apocalypse. Undeterred by previous predictions that didn’t pan out, these apocalypse prophets have taken to the tabloids, YouTube, and online forums to pronounce the fulfillment of prophecies that signal the end times are nigh.

Is the blood moon a sign of an end-times prophecy? No. Absolutely not.

But that doesn’t make for a very interesting article, does it? Instead, let’s see if we can’t find out why some people think it is.

By any other name

Before we get into the prophetic stuff, let’s quickly recap what exactly a blood moon is.

As such, there’s nothing special about a blood moon. It’s simply a total lunar eclipse that’s been given a poetic nickname.

Although eclipses can be spectacular natural sights, they aren’t incredibly rare. NASA has calculated all of the lunar eclipses Earth will experience in the 21st century, and it comes to a whopping 228 (85 total eclipses, 57 partial eclipses, and 86 penumbral eclipses).

In fact, we’ve already had one this year. On Jan. 31, 2018, the western United States was treated to a “super blue blood moon” — a name so stirring that NASA gave the event its own cinematic trailer.

Opening the sixth seal, film at 11

Many religions and folk traditions hold eclipses as the harbingers of divine change, not just in Christianity. Today’s version of the blood moon prophecy, however, gained traction back in 2014, when Mark Biltz and John Hagee released the books Blood Moons: Decoding the Imminent Heavenly Signs and Four Blood Moons: Something Is About to Change respectively.

Both men argued that the four blood moons occurring between April 15, 2014, and September 28, 2015, were significant because they formed a tetrad — that is, four total lunar eclipses with no partial eclipses in between and each separated by six lunar months — that fell on significant Jewish holidays.2 Citing scripture to support their ideas, the two men argued that these eclipses provided evidence for the fulfillment of prophecy and the coming of the end times.

Examples of scriptures linking blood moons to Tribulation are Joel 2:31, “The sun shall be turned into darkness, and the moon into blood, before the great and terrible day of the Lord come,” and Revelation 6:12, “And I beheld when he had opened the sixth seal, and, lo, there was a great earthquake; and the sun became black as sackcloth of hair, and the moon became as blood.”

Of course, September 28, 2015, came and went without any discernable incident. Since then, blood moon predictions seem to exist on a sliding scale. Each total solar eclipse is part of a tetrad, whether or not it legitimately is. Alternatively, it is linked to some other event that may be described in prophetic scripture, such as a natural disaster or the current political state.

To pick one representative example, Paul Begley, an Indiana pastor, declared on his YouTube channel:

Is the blood moon coming July 27, 2018, is this a sign of the end of the world? It is a sign of the end times. We are in the era of the apocalypse. And this blood moon, which will be the longest blood moon of this century, is happening in the 70th year of Israel being a nation. It’s happening the same year that Jerusalem has been declared the eternal city of God, and it’s happening when the volcanoes already erupting in Hawaii […] all of the volcanic rivers flowing. It’s incredible how the Bible refers to these events taking place in the last days.

In addition to the Book of Joel, he cites Luke 21:25 as evidence for his conclusions: “And there shall be signs in the sun, and in the moon, and in the stars; and upon the earth distress nations, with perplexity; the sea and the waves roaring.”

Oh, and if you’re curious, there will be a total of eight tetrads in the 21st century, the next one beginning April 25, 2032. So, rare but not end-of-the-world, once-in-a-lifetime rare.

The coming of Planet X

Of course, the blood moon prophecy is hardly the only prediction of the end of times coming from the evangelical camp. Evangelist Hal Lindsay predicted the end of the world before December 31, 1988, in his book The Late Great Planet Earth,3 and Pat Robertson named April 29, 2007, as the day of days his 1990 book The New Millennium.4

Jesus himself even seemed convinced the world would not last into the 2nd century, such as when he said: “Verily I say unto you, There be some standing here, which shall not taste of death, till they see the Son of man coming in his kingdom.” (Matthew 16:28).

Nor is the phenomenon limited to Christians. Remember the Nibiru cataclysm? Originally proposed by contactee Nancy Lieder in 1995, the doomsday event would have seen a planet-sized object, named Nibiru or Planet X, collide with the Earth. The original contact was to come in 2003 before being pushed back to coincide with 2012. It was later revived by Christian numerologist Davide Meade in 2017.

Obviously, none of these apocalypses came to pass, yet the question remains: What’s the appeal to the blood moon prophecy and other end-of-time predictions?

Speaking with Scientific American, neuroscientist Shmuel Lissek argues that “some apocalyptic believers find the idea that the end is nigh to be validating” and that such fatalists may find reassurance in finding a group of like-minded people. It’s basically a Seeking a Friend for the End of the World mentality writ large As a bonus, if the world actually does end, you get “I told you so” privileges for eternity.

Another possible explanation comes from philosopher Karl Popper. In The Conspiracy Theory of Society, Popper argues that “conspiracy theories are based on the idea that a social outcome is evidence of an intentional order, and that random occurrences are rarely, if ever, relevant.” This is because people discount unintended consequences and prefer to view all events of being the result of an intended cause. While Popper was specifically looking at conspiracy theories, it’s easy to see how apocalyptic predictions fit the same pattern, just with a divine mover.

In his book Why People Believe Weird Things, Michael Shumer offers several explanations to his titular question. Applying these explanations to the blood moon prophecy, we would get something like the following:

Whether one or a combination of these possible explanations, the appeal of blood moon prophecy and other apocalyptic visions is undeniable. Lucky for us, we’ll have plenty of time to consider the phenomenon and its potential causes. We have 69 total eclipses still to go this century.