Free speech: The history every American should know

What can and can't you say? A brief glimpse of precedent-setting free speech cases in the United States.

Jonathan Zimmerman
Jonathan Zimmerman is Professor of History of Education at the Graduate School of Education at the University of Pennsylvania. A former Peace Corps volunteer and high school social studies teacher, Zimmerman is the author of "Campus Politics: What Everyone Needs to Know" (Oxford) and six other books. He is also a frequent contributor to The New York Times, The Washington Post, The New York Review of Books, and other popular periodicals.
15 May, 2019

JONATHAN ZIMMERMAN: If we're talking about free speech, the reason we need to study history, I think, is to understand how fortunate we are to have that right and in how many different times and places it's been contested and restricted and denied. One of the things you'll learn when you read history is that actually, the Vietnam War was the first war that Americans had the right to criticize. And it became a Supreme Court case called Cohen v. California. And in Cohen v. California, a guy walked into a draft board wearing a jacket that said "F the draft." And he was arrested. And the only reason you can walk around now wearing a jacket that says "F the draft" or "F the war in Iraq" or "F the president" is because of Cohen.

If you don't know that history, you don't know how precious this freedom is. No freedom is absolute or should be, right? You can't call the White House and say you want to assassinate the president, right? I'm a university professor, and I can't say to a student, 'I really like the sweater you're wearing. And if you wear it on Thursday, I'll give you an A', all right? That's, if you want a restriction of my freedom, by the way, it's one that I'm happy to abide by. It's just a gratuitous example of how there's all sorts of speech that we do not allow and should not allow. But we also don't have to reinvent the wheel. There's 100 years of case law and constitutional discussion about this very question. Who should be able to talk? And when is their talk, their speech so intolerant and so awful that we can't allow it? And so it seems to me the other thing that we should be teaching in schools is precisely that history -- that is, the history of the debate surrounding who gets to talk.

So every American should know about Oliver Wendell Holmes' famous dictum, freedom of speech doesn't include shouting "fire" in a crowded theater. But they should also know that in that case, Oliver Wendell Holmes actually upheld the censorship of somebody that wanted to distribute anti-conscription, anti-draft leaflets. Because he said there was a war going on, the First World War, and he believed that distributing anti-draft literature during the war was the equivalent of shouting "fire" in a crowded theater. Now, the doctrine has evolved since then, right? And now, during the Iraq and Afghanistan war, you were perfectly free to distribute pamphlets saying you didn't think there should be a draft. So our standards of what's acceptable and our standards of what should be tolerated have changed over time. And I think that everybody should know about those changes. I think that's part of becoming a citizen.

I am a liberal Democrat. In fact, I'm almost a caricature of a liberal democrat. My father was in the Peace Corps. I was in the Peace Corps. I'm Jewish. I have a PhD. I'm like a cartoon, alright? But part of my liberalism is an absolute commitment to free speech. And one of the things I find most upsetting, both at the partisan and at the intellectual level, is the way that free speech has now been cast as a kind of conservative value. I find this profoundly ahistorical, because all of the great warriors for social justice in the past, with names like Frederick Douglass and W.E.B. Du Bois and Martin Luther King, they were absolutists on free speech. Because they understood that it was the people at the bottom that needed free speech the most, because it was all they had.

So I had a really interesting experience that, for me, kind of crystallized this change and why it's so important. I've hosted Mary Beth Tinker in my class at Penn. Mary Beth Tinker was in middle school when she and other family members wore these black armbands to school in Des Moines to protest the Vietnam War. They were sent home from school, and this eventually became a very important test case called Tinker v. Des Moines. Ultimately, the Supreme Court in Tinker v. Des Moines upheld their right to do that. And it was in that case that Justice Fortas very famously wrote that students and teachers don't shed their constitutional rights at the schoolhouse gate. Well, Mary Beth Tinker is now a 65-year-old person. And she came to my class to talk about this case and free speech. And the students said to her, they said, "Listen, Miss Tinker, you were fighting the good fight. You were fighting the Vietnam War. Milo Yiannopoulos and Ann Coulter and Ben Shapiro, they're not fighting the good fight. They're just hurting people. They're anti-trans. They're anti-gay. They're anti-black. They are just haters. They injure people. Why should they have the privilege of speaking?" Mary Beth Tinker wasn't having it. Here's what she said. She said, "Listen in the school that I attended in Des Moine, there were kids who had fathers and brothers that were dying in Southeast Asia. Do you think they weren't hurt by this snot-nosed kid wearing this symbol saying that their dad or brother was dying for a lie? You don't think that hurt them? Wake up! It hurt them. Speech hurts. But if that's going to be your rubric, if that's going to be your definition, forget my armband, because I was hurting people too."

Then they went on to say, "Well, look, this free speech thing, this is just an abstraction. It's not really about rights. It's just about power, who has power, who has the power to talk." She's not having that either. She says, "Listen, I was a 13-year-old kid. The only power I had was my speech. That was it. And speech, over time, has been a weapon of the powerless. If you go ahead and censor it, eventually it's going to be turned against the people with the least power, and it may be turned against you." 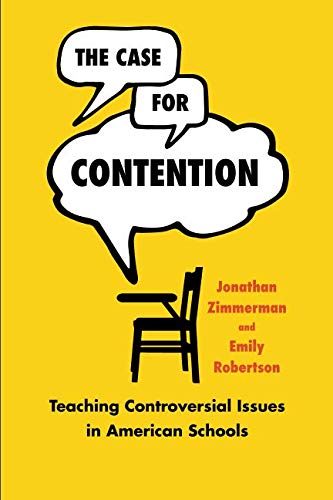