Sometimes It Is All About You 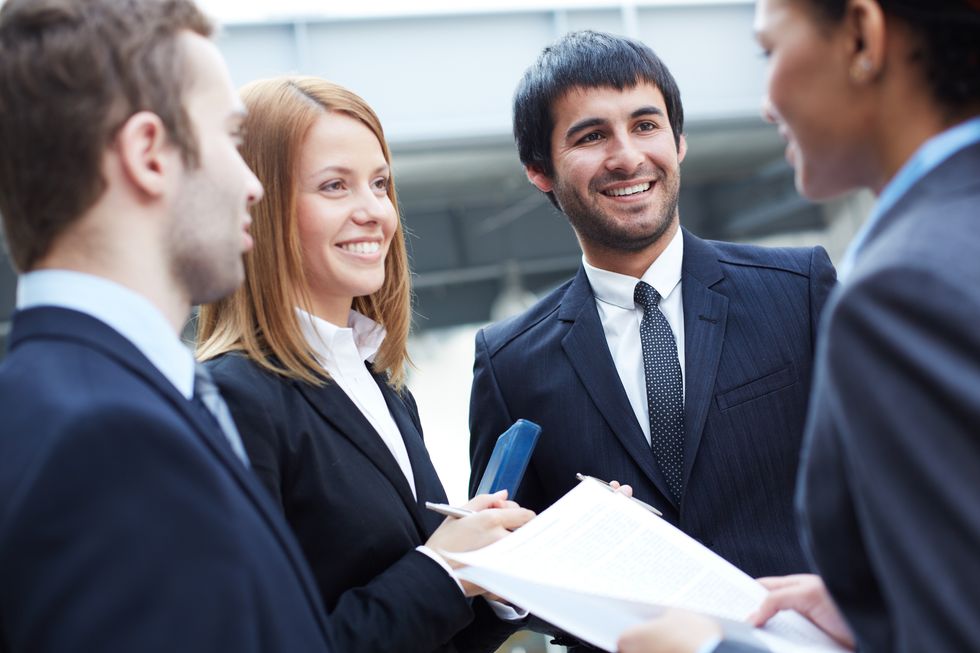 Self-praise is a challenge for most of us.  Women find it particularly uncomfortable and are inclined to give away more credit than is necessary -- or even accurate.  But if you don’t toot your own horn once in a while, then who will?

Willingness to praise ourselves can mean the difference between career success and derailment.  In Interaction Ritual, sociologist Irving Goffman told of how difficulty in claiming credit has to do with saving face.  When people communicate, they expect each person will maintain the other’s face (sense of self-worth) by minimizing social jeopardy.

Even when we’re boiling with anger at someone, that person’s sincere apology can elicit a face-saving response of understanding:  “Oh, I hardly noticed.  Don’t worry about it.  I do the same thing sometimes.”  Taking credit, deserved or not, can elicit an opposing response designed to realign the face of another by bringing it down a notch, as in:  “Well, I suppose you’re pretty pleased with yourself.”

A guest came to speak at one of my MBA classes.  He was a bright, articulate man with much to offer.  Unfortunately, throughout the presentation he repeatedly began sentences with, “When I was at Stanford.”  My students quickly stopped listening.

A senior vice president decided not to bother a new CEO when he first arrived.  She’d seen a procession of her colleagues going into his office to share their accomplishments.   She didn’t want to do that.  He deserved some time to settle in, she reasoned.  She also believed her work would speak for itself.  Instead, the CEO learned about her from her competitors and the damage was irreparable.  When she finally went in to talk with him, he’d already made up his mind about her and she was soon looking for another job.

Proficient communicators are able to brag without overdoing it.  They respond competently to put-downs.  They might counter criticism of a self-compliment with “You’re right.  I’m actually pretty pleased with myself today” or “When good things come your way, it’s time to celebrate.”  Such confidence usually silences the critic.

What’s required as well for proficiency in sharing accomplishments is to recognize and manage some rules that guide self-praise.  These rules may vary somewhat by culture (and by organizations within a culture), but basic tenets apply.

Relevance: Self-praise shouldn’t appear out of nowhere.  Rather it should, in some evident way, connect with the ongoing discussion or with the purpose of the interaction.  If you’re asked about yourself during a job interview or if someone is simply interested in you or your work, then relevance is a given.  Otherwise, it can take some astute observation to ensure that your self-praise fits the situation.

Timing:  Is it too early or too late in a discussion do justice to your story given the time available?  Should you keep it brief?  Have the other people there had a turn?  In a two-person conversation, each of us ostensibly owns 50 percent of the time, although if someone has apparent higher status, they may expect somewhat more time.  It’s important to assess which timing rules apply to the individual situation.

Appropriateness:  Every relationship, division or organization develops unstated rules about self-praise.  You need to watch for and learn them.  How and when do senior people talk about themselves?  What’s expected from more junior people?   Where do you fit in?  In other words, what are the norms that apply to you for saying what you’ve accomplished?

Value: Pure self-promotion is rarely well received.  Does your self-praise provide a lesson, entertain, or in some way enhance your connection with the other person(s)?  Why tell a story if it has no value to others?  Don’t waste your time and theirs.  Watch the real pros in your organization.  How do they use humor (including self-deprecating humor)?  How do they make a story’s benefit evident?

Reciprocity: I remember being at a conference lunch with the author of a well-regarded business book.  A female colleague and I listened as he talked at length about his accomplishments.  Then he said: “I’ve talked enough about me.”  The three of us smiled.  (He had indeed said enough about himself -- and then some.)  The next words out of his mouth were, “How did you like my book?”  That’s a true story.  Do you make sure to reciprocate others’ interest in you?

Generosity:  Are you crediting others who actually helped you with your accomplishment?  There’s no need to offer a cast of characters unless you’re giving an acceptance speech for a major accolade, but we all stand on the shoulders of others.  Share the credit but don’t overdo it – women, especially, tend to be inclined in that direction.

Responsiveness:  Are you attending to expressions of interest?  The best storytellers watch their listeners for verbal and nonverbal signs.  They sense when to hasten things along, ratchet up the interest factor, cut a story short, or give the whole thing a rest.  Bragging when those around you are uninterested can quickly suck the air out of a room.

In summary, self-praise is important and even crucial to most careers.  To get past fear of potential negative ramifications and to share your accomplishments comfortably and effectively, it’s equally important to recognize and apply the unstated rules for doing it well.