Did You Know That Meanness Is Contagious?

Meanness is not exactly ebola, but it chips away at our quality of life. When we're the recipients, there are comeback options to halt its spread. 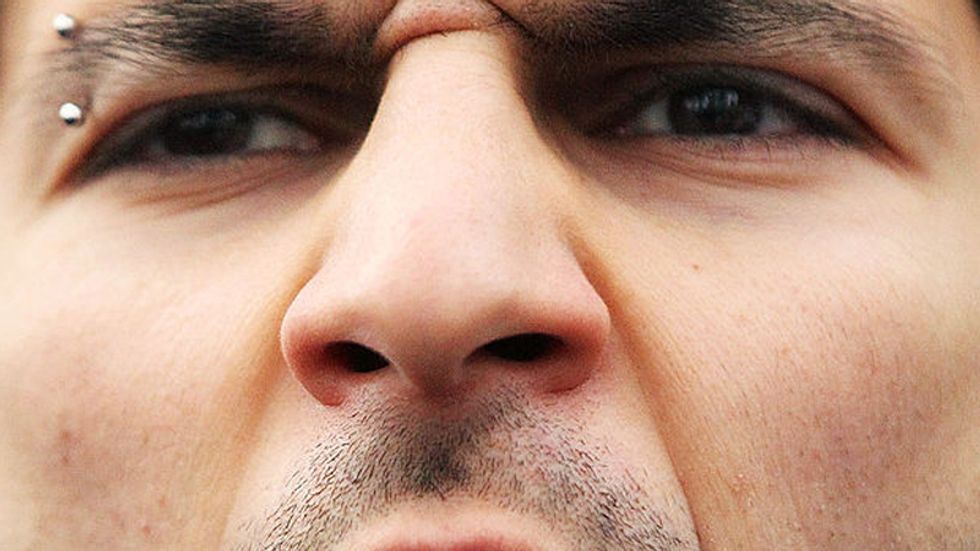 Speaking with CNN Chief International Correspondent Christiane Amanpour this week, former U.S. President Bill Clinton joked that his granddaughter has made him “almost totally ineffective in politics.” Why? One reason: Politics can be mean. Clinton argues that we need to embrace our common humanity, to realize that we are all over 99 percent alike and that our less-than-1 percent difference is wreaking a good deal of havoc.

It’s a tall order. Researchers at Wharton and Fairfield University’s Dolan School of Business have found that emotion is “contagious.” It passes from person to person, often without any of them having a sense that they’ve been infected. This “emotional contagion” explains a significant portion of the meanness people experience in their day-to-day lives.

We should not be surprised. Researchers have found in studying nonverbal behavior, for example, that we tend to unconsciously mimic those with whom we’re communicating. One person crosses his legs and the other follows suit. It takes cognitive awareness and communication skill to avoid doing this.

Creating the kind of world Clinton described to Amanpour will take considerable political will and determination by individuals, organizations, governments, and particularly religions to find a way forward out of hatred.

In our daily lives, we have a role to play, if only for our own benefit and that of those in proximity. All forms of meanness are not the same. And so they do not call for the same types of responses. Sometimes meanness is hardly noticeable, but over time, like a woodpecker chipping away at a tree, the damage becomes evident. At other times, meanness involves insults disguised as entertainment or gratuitous gossip.

I learned yesterday an excellent comeback. When someone is engaging in mean gossip, gently place a hand on his or her shoulder and say, “I’ll leave that with you now,” before moving on to a hopefully less unpleasant part of your day.

At work, meanness is also contagious. When we’re the recipients, there are comeback options for halting its spread.

A leading East Coast neurologist told me that her boss makes it difficult for women and men to work effectively together. “It isn’t anything he says directly about the inferiority of women, but the stories he tells. He often brags about his wife having been accepted to Yale, Harvard, and Princeton, but follows that with a description of her admirable choice to stay home with the children and be there when he gets back from a long day. That would be bad enough, but most of the men nod in admiration.”

I asked if she thinks this boss knows what he’s doing. “He’s a myth in his own mind,” she said. "He sees himself as so far above most people that everything he says is gold.” She thought for a moment, “Does he know that he is insulting women like myself? Yes. Does he care? No.”

In Steven Pinker’s Big Think session on language, he describes how meaning emerges from something called "tacit knowledge." For some people, interpreting the story above in a literal way, the man is complimenting his wife. But women listening to the story likely possess tacit knowledge regarding the guilt many women with children experience when they work. This information can convert the story about a loving wife’s dedication into an insult to those women who did not take her path in life.

The only way to stop meanness contagion is to nip it in the bud. This takes political skill and courage. “Do you realize that story is insulting?” is an option for the scenario above. Another is an educational approach, such as, “There is an implied message in that story,” or, “That story can be taken a couple of ways.”

Passivity in the face of meanness, especially repetitive forms, facilitates contagion. Meanness is not Ebola. We are not about to join together as nations to eradicate it. Day by day, however, each of us can play a role in stopping meanness in its tracks.