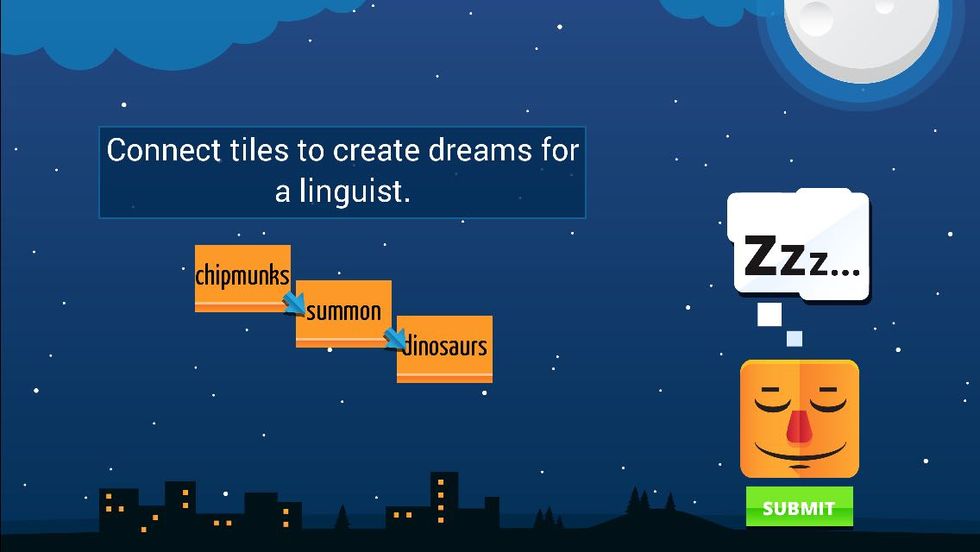 One mode of the game gives you a defined number of moves to create the highest-scoring (read: longest) sentences. Here are the gems I came up with:

Demons elevate the furniture inside him! (Probably IKEA furniture.)

Created by brother-and-sister duo Justin and Jen Helms at Playmation Studios, Sleep Furiously explores the concept that a sentence can be simultaneously grammatical, but nonsensical — the name comes from the sentence that Noam Chomsky coined to demonstrate that concept 60 years ago: "Colorless green ideas sleep furiously."

There are three modes to the game: one timed feature sure to test your ability to construct nonsensical phrases under pressure; one mode that gives you a certain number of moves to build your sentence; and an infinite mode where you can create grammatically correct phrases until the grammarian inside of you is infinitely content.

All in all, the game is a cheerfully built puppy dream (which is also a decently scoring phrase). Sleep Furiously is available today from Apple, Google, and Amazon for iOS and Android.