Google's Autonomous Car Got Pulled Over by the Cops

What exactly was its crime? 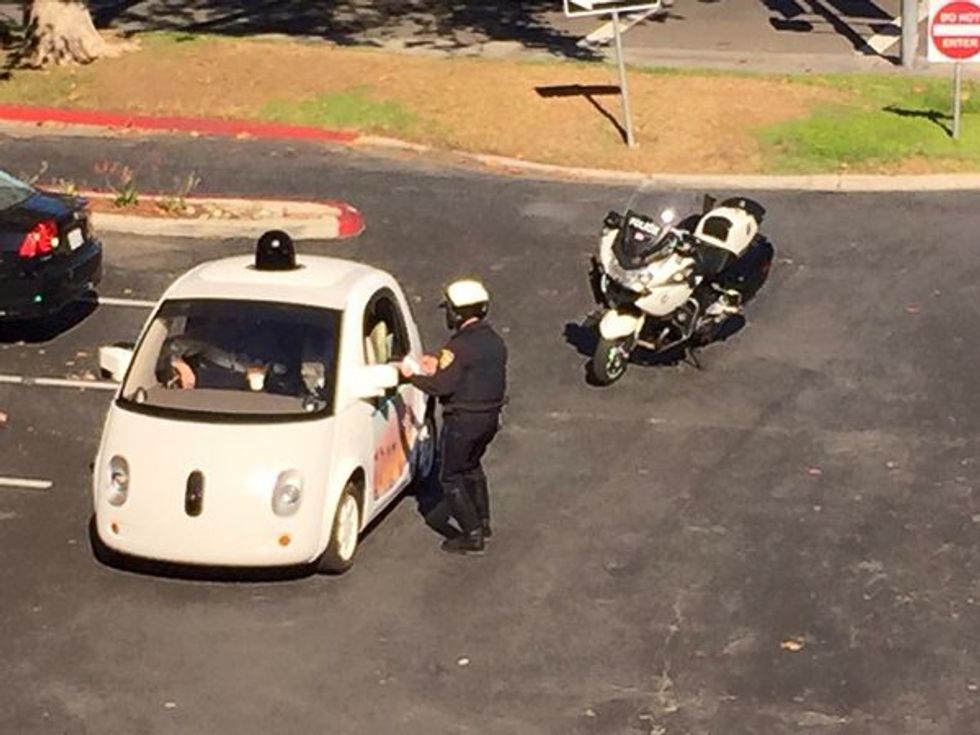 Last Thursday, a Mountain View Police officer noticed traffic was backing up along El Camino Real, one of the California city's major thoroughfares. Who was at the front of that line, but Google's autonomous vehicle, driving 24 mph in a 35 mph zone.

“In this case, it was lawful for the car to be traveling on the street as El Camino Real is rated at 35 mph,” the Mountain View Police Department wrote in a blog post. The officer reportedly gave the car's operators/passengers a short talk on the dangers of impeding traffic and then let them on their way.

Google also wrote about the encounter on its Plus page, explaining, “We’ve capped the speed of our prototype vehicles at 25 mph for safety reasons. We want them to feel friendly and approachable, rather than zooming scarily through neighborhood streets.”

However, after a reported “1.2 million miles of autonomous driving (that’s the human equivalent of 90 years of driving experience), we’re proud to say we’ve never been ticketed!”

The encounter does raise the question, if your robot car is breaking the law, who should pay the fine?

“So we’re going to need new kinds of laws that deal with the consequences of well-intentioned autonomous actions that robots take,” says scientist Jerry Kaplan.