Stereotypes can be hard to shake. 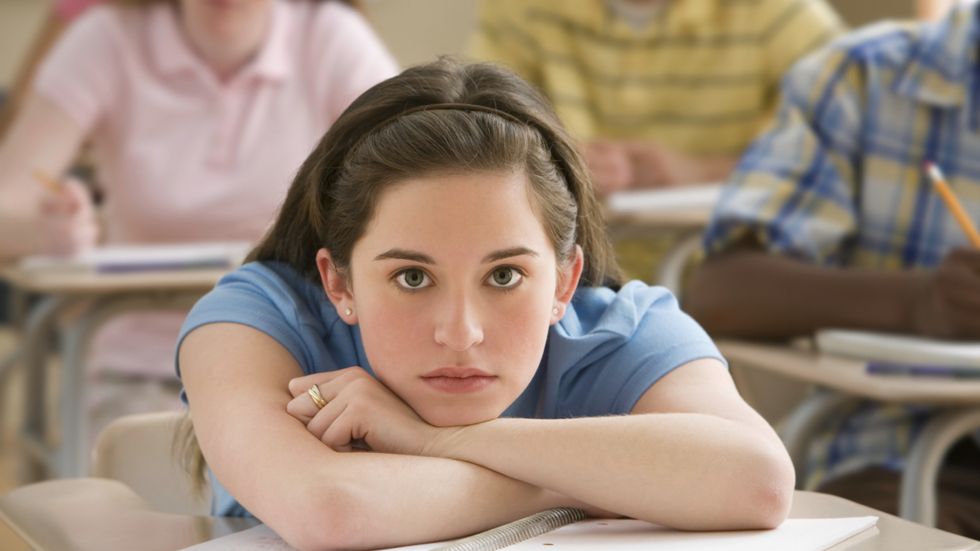 I grew up in a house with two engineer parents — a challenge for an eventual English major. Too much dinnertime discussion of programming languages or acronym-heavy projects either gave me vertigo or made me fall asleep in my mashed potatoes, so I tried to make sure our conversations didn't include much work talk. But my mother and father worked at the same company (and still do), so their shared experiences would often come up. Even as I tried to tune out, it was easy to notice that my dad's relationship to his workplace was much different from my mom's. She frequently spoke of being the only woman in large meetings or on business trips, and while she's far from a social-justice warrior, she would occasionally talk about sexism in the industry. A study from Florida State University may explain why my mother is such a rarity as a female engineer, even as efforts to get women more involved in math- and science-related fields have gone on for decades.

The documentary Code: Debugging the Gender Gap reports that less than 20 percent of computer-science jobs in the United States are held by women. While the film holds up hostile work environments and even sexual harassment as reasons why women are reluctant to enter the field, the study found that 12th-grade girls are also inclined to underestimate their abilities in science and math. Boys, meanwhile, overestimate them.

"Our results indicate the potential for more women to move into [physics, engineering, mathematics, and computer science] if they perceive their mathematics ability as strong, and open to growth," said Lara Perez-Felkner, co-author of the study.

The true value of stereotypes can often be difficult to ascertain, because so many stereotypes are self-fulfilling. Girls, raised on the idea that they're better suited for the humanities and that boys are more inclined toward hard sciences, often take the path that societal norms suggest to them. With something like math and science skills, it can be hard to separate how much of the gender gap is caused by socialized behaviors, and how much of it (if any) is caused by natural, biological difference. Math takes practice, and those who feel less encouraged to practice probably won't do so, even if their innate propensity for math wizardry is high. At the same time, boys with a knack for writing, music, or the visual arts may be stuck toiling away in STEM classes without realizing where their true potential lies.

It's certainly not a problem for students to attempt to improve on their weaknesses, and sorting those around us into the discrete groups of "science person" and "artsy person" is much too simplistic. Of course, some girls really are better equipped for success in English or art, and they should be able to embrace that without feeling ordinary or old-fashioned.

But we're all better off when we're doing the jobs we're best at, and, even more importantly, the jobs we want to be doing. The study suggests that many girls will struggle to identify their true potential, and that shouldn't be happening. More freedom to choose our own roles in life increases enlightenment and happiness for everyone. Overcoming gender stereotypes is a part of maximizing that freedom.

Visit EurekAlert for more, and check out Harvard professor Daniel Koretz's video on gender and education: