Washington Post columnist Dana Milbank says the legislators of the Baby Boom generation are to blame for the current state of dysfunction in Washington. Is that a fair assessment? If it is, what's the solution? 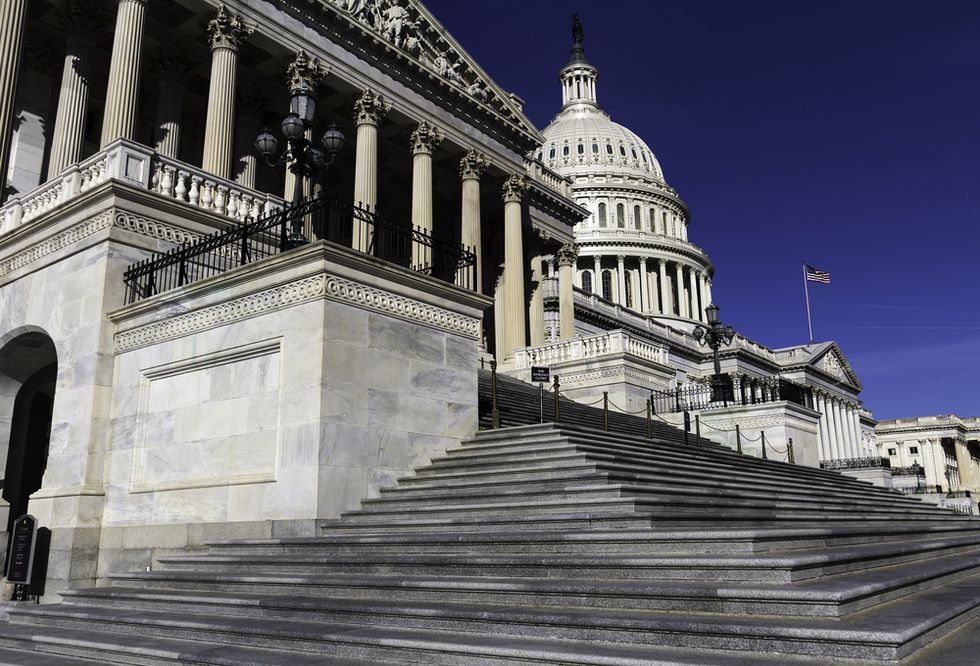 Washington Post columnist Dana Milbank writes about political theater on the Hill. His articles often linger into the realm of the absurd (necessarily so, considering his topic) and are served with a hearty dose of trolling.  Milbank's latest -- a scathing critique of baby boomer legislators -- features less levity than his usual faire. Instead, he makes a dire prediction about the inevitable crises he sees baby boomers leading us into, from which  the next generations will need to lead us out.

Milbank begins by telling of how earlier this week Senate Minority Leader Mitch McConnell eulogized the late Sen. Howard Baker, anointing the former majority leader as "the Great Conciliator." That he chose those words is curious to Milbank because, to him, McConnell and his democrat counterpart Harry Reid possess little of what made Baker a great statesman, specifically a selfless insistence on compromise for America's sake.

Baker, born in 1925, was at the tail end of the G.I. generation that survived the Depression, won the Second World War, triumphed in the Cold War and built the United States’ economic might. McConnell, born in 1942, was just ahead of — and for practical purposes part of — the baby boom generation that wrecked our politics over the past 20 years.

Milbank then goes on to list the differences in legislative values between the two generations. He makes a compelling (if not predictable) case for blaming the baby boomers for the current state of Washington gridlock, the global financial crisis, the War in Iraq, and the fact that the boomers' children -- the millennials -- will be the first generation in U.S. History to be worse off than their parents. Milbank accuses baby boomers of inheriting an estate and passing down a ruin.

“Boomers are the scorched-earth, values-driven generation,” said Neil Howe, who with William Strauss chronicled the recurring patterns of generations in the United States. “They invented the culture wars and they’re taking it with them as they grow older, which is this complete polarization and gridlock. It’s very hard to compromise over values.”

On the rare occasion that it takes a break from investigating the plight of millennials, the national media can't help but break into outbursts of blame toward baby boomers. Perhaps they can't control it. Perhaps they've got some sort of generational Tourette's.

With that said, Milbank's diatribe blaming boomers falls upon weary ears. This isn't to say that his arguments aren't at least somewhat valid; the boomer generation certainly has not been among the finest of this nation's stewards. But finger-pointing and a hindsight-fueled blame game accomplishes nothing. It's all sound and fury signifying (and accomplishing) nothing. Milbank, whose byline deems him a writer on political theater, should understand that.

To fuel that sort of inter-generational conflict is to be like McConnell and Reid -- always at each other's throats without ever thinking of the greater good. In this respect, Milbank falls into a self-laid trap. You can't criticize people who refuse to find solutions by failing to propose a solution. But just as McConnell and Reid need to sell to their constituents, Milbank needs to sell his column. Solutions don't sell. Conflict does. That's Theater 101.

One actually useful thing Milbank provides is an appeal to history in forming a prediction of the future:

War soon followed the 1852 death of [Henry] Clay, the Great Compromiser. Let’s pray that the passing of the Great Conciliator’s generation, and the disastrous reign of the boomers, doesn’t end in such misery.

If Milbank's analysis holds water and history does indeed repeat itself, we may be on the precipice of a large crisis.