Jonah Lehrer on The Creative Insight of The Outsider

The reassuring point of Jonah Lehrer’s new book is that neuroscientific research into the human imagination will enable us to engineer environments that foster the creativity that is every human’s birthright, rather than extinguishing it. 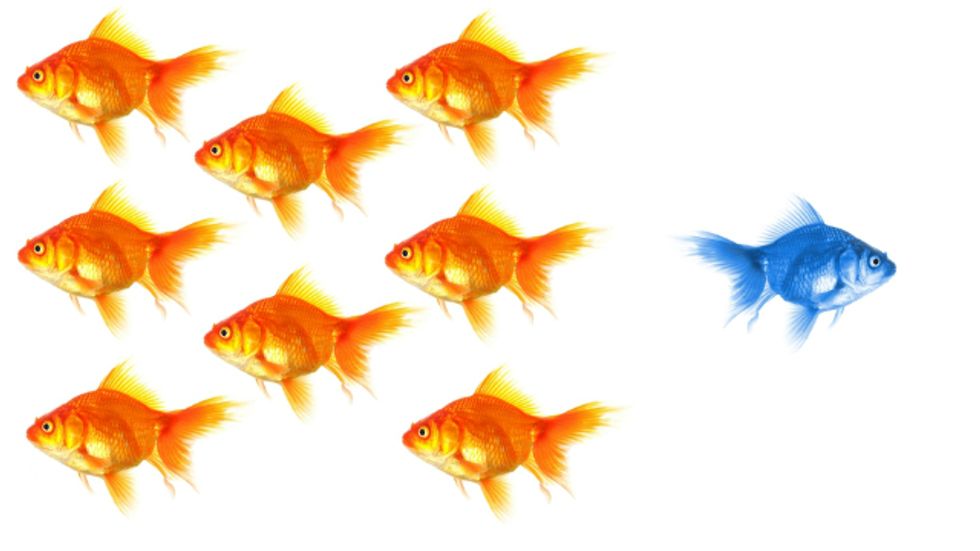 The most creative solutions to difficult problems often seem to come out of nowhere. The mysterious nature of the “sudden flash of insight” has given rise to the myth of inspiration – the idea that brilliant ideas are visited upon us by some mysterious force or deity. That if your muse is being fickle today, all you can do is sit around and wait.

In fact, as Jonah Lehrer explains in his new book Imagine: How Creativity Works, neuroscientists are beginning to understand those flashes of creative genius that give rise to inventions like the Swiffer, or Bob Dylan’s groundbreaking tune Like a Rolling Stone. Numerous studies (such as Mark Beeman’s experiments with his unfortunately named CRAP, or Compound Remote Association Problems), are honing in on inspiration as a function of the right hemisphere of the brain – the less literal half that excels at making associations between things that don’t obviously go together.

It turns out that sitting around waiting is definitively the wrong way to trigger right-brain creative activity. What gets the alpha waves flowing, facilitating the semi-dream-state in which we’re best able to connect those unlikely dots, is a change of scenery – a long aimless walk, for example, or travel abroad. In this sense, the internet, an endless web of discovery and rabbit holes to alternate dimensions, is an enormous creativity machine.

What if we could harness the web’s unique power to enable unlikely insights? That was Eli Lilly’s intention when it helped to develop InnoCentive – a crowdsourcing site where it could post its thorniest R&D problems for anyone to solve – and reap a monetary reward. InnoCentive was designed to expand Eli Lilly’s brainpower, by tapping into a larger pool of innovators than the company could ever employ.

And it works. 30 to 50 percent of the problems posted on InnoCentive are solved within six months – a significant improvement over previous rates. But what’s interesting, says Lehrer, is how it works. A study by Karim Lakhani at Harvard Business School shows that most problems on InnoCentive are solved by experts outside of the field – chemistry problems solved by physicists. Engineering problems solved by chemists. And so on.

This is further evidence of what innovation experts have long observed – that it is often the outsider who is best able to “think outside of the box” – to approach longstanding problems in an entirely new way or take the conversation in a completely different direction, precisely because she isn’t constrained by the “common sense” of the discipline.

Elsewhere in his chapter on outsider creativity, Lehrer cites the example of Barbie – one of the most influential toys of all time. Whatever your position on the anatomically impossible action figure, Barbie completely disrupted an industry dominated by baby dolls. Ruth Handler, Barbie’s creator, got the idea on a trip to Germany. Everywhere she and her husband – an executive at Mattel – traveled in the country, they saw the same buxom figurine in store windows. This was Bild Lilli – a sex fantasy doll for middle-aged men. Being an outsider to German culture, though, Ruth didn’t know that. What she saw was a toy through which little girls could imagine their future selves.

The reassuring point of Lehrer’s book is that, rather than defiling the sacred mystery of creation, neuroscientific research into the human imagination will enable us to dispel the myth of talent as some accident of birth. It will enable us to engineer educational and professional environments that foster the creativity that is every human’s birthright, rather than extinguishing it.