Hollywood has always loved holiday movies. From Miracle on 34th Street to Die Hard, from Easter Parade to Hop, the big Christian holidays get plenty of Tinseltown love. But what’s a pagan to watch on a chilly Imbolc afternoon?

Pagans are not any one thing, of course, since the term encompasses any belief system outside one of the world’s major religions. Still, there are three basic principles that most if not all, pagans share:

It’s a fact that moviegoers seeking pagan holiday flicks are an underserved market. However, there are still plenty of pagan-compatible movies to enjoy on the Wheel of the Year’s special days.

Before getting started, we should also mention a few pagan documentaries, recommended by the website Ditzy Druid: Glenafooka, American Mystic, and Modern Druids

Pagan beliefs most consistently find a home in movies for children and families. Certainly the magical and fantastical are more at home in young imaginations. However, there’s also the fact pagan beliefs can imbue the young with an enhanced appreciation for the natural world they’ll need as grownup climate-change warriors. And some of these movies are simply great films by any standard. 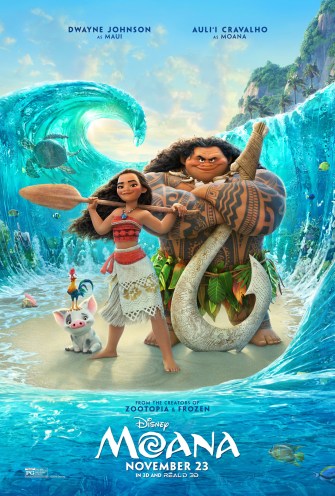 Internet Movie Database (IMDB) description: In Ancient Polynesia, when a terrible curse incurred by the Demigod Maui reaches Moana’s island, she answers the Ocean’s call to seek out the Demigod to set things right.

This wonderful, tuneful, eye-popping hit movie is what kid’s movies should be: Full of big, beautiful imagery, positive ideas, humor, unforgettable songs, and reverence for nature. Also, I lassoed the sun — now that’s going to be stuck in your head for the rest of the day. You’re welcome. 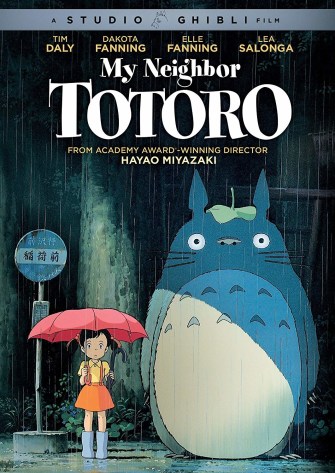 IMDB description: When two girls move to the country to be near their ailing mother, they have adventures with the wondrous forest spirits who live nearby.

That’s putting it mildly. The mysterious and sweet spirits that inhabit this masterwork by Hayao Miyazaki are charming, Chaplinesque, and profound. A rainy bus stop, a magic tiger taxi, and ineffable truths that remain just beyond one’s grasp. Honorable mention, though scarier: Miyazaki’s Spirited Away. 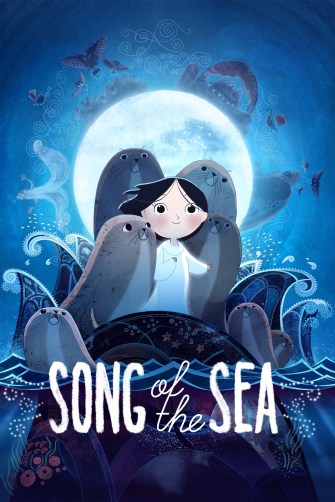 IMDB description: Ben, a young Irish boy, and his little sister Saoirse, a girl who can turn into a seal, go on an adventure to free the fairies and save the spirit world.

Another wonderfully magical tale rendered in art that manages to look both modern and ancient at the same time. The story involves Irish Selkies, a missing mother, and haunting music from Lisa Hannigan, who also plays the (late?) mother. 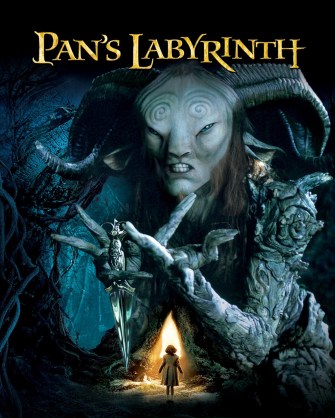 IMDB description: In the Falangist Spain of 1944, the bookish young stepdaughter of a sadistic army officer escapes into an eerie but captivating fantasy world.

This one’s for bigger kids, or children who enjoy a good fright. Gullermo Del Toro’s bizarre imagery is likely to populate their dreams for a long, long time. Talk to the hand — the one with eyeballs in it. 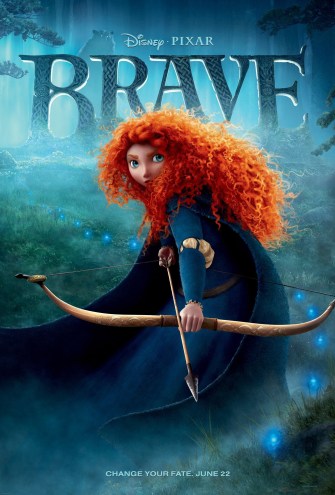 IMDB description: Determined to make her own path in life, Princess Merida defies a custom that brings chaos to her kingdom. Granted one wish, Merida must rely on her bravery and her archery skills to undo a beastly curse.

Is it just us, or is this one of Pixar’s most beautiful films ever? The Scottish highlands, the greens and reds, and wee light spirits make this a great story of female empowerment for the young goddess. 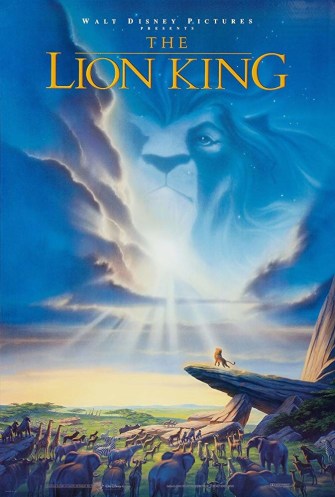 IMDB description: A Lion cub crown prince is tricked by a treacherous uncle into thinking he caused his father’s death and flees into exile in despair, only to learn in adulthood his identity and his responsibilities.

Ah, the Circle of Life in all its glory. A powerful story on one hand, and an appreciation of the richness of non-human lives on the other. 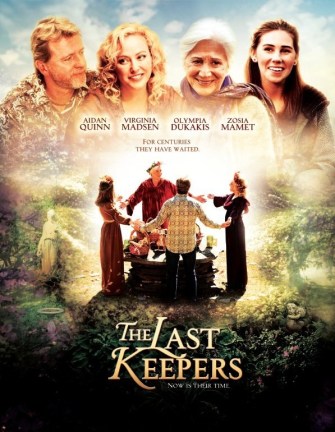 IMDB description: When the teenage daughter of a reclusive family of artists falls in love with an unusual boy at school, she awakens mysterious powers and discovers ancient family secrets that will change her life forever.

For older kids, the story of a pagan teen’s struggle to fit in, and her coming to appreciate the power and value of her family’s pagan way of life.

These films are more sophisticated fare, though most are still quite heavy on the fantastical. The first one below is an exception. 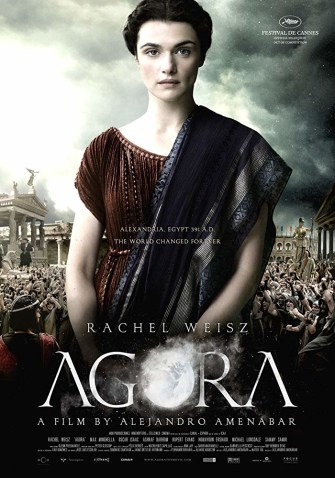 IMDB description: A historical drama set in Roman Egypt, concerning a slave who turns to the rising tide of Christianity in the hope of pursuing freedom while falling in love with his mistress, the philosophy and mathematics professor Hypatia of Alexandria.

A sword and sandal epic starring Rachel Weiss that basically asks “what’s a pagan supposed to do when Christianity comes to town?” If your town is Alexandria in Egypt, that is. 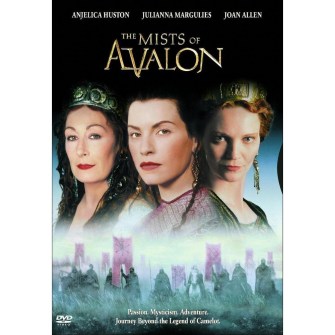 9. The Mists of Avalon

IMDB description: Based on the bestseller by Marion Zimmer Bradley It tells the story of the women behind King Arthur; including his mother, Igraine; his half-sister, Morgaine; his aunt Viviane, the Lady of the Lake; and his wife, Gwenwyfar.

Pagan movie buff Roy Linford Adams says this flick is “possibly the single most important movie for any Pagan family movie collection.” The depiction of pagan beliefs is accurate in its telling of the manner in which British pagans responded to the arrival of Christianity. It’s set within a realist take of the story of King Arthur. 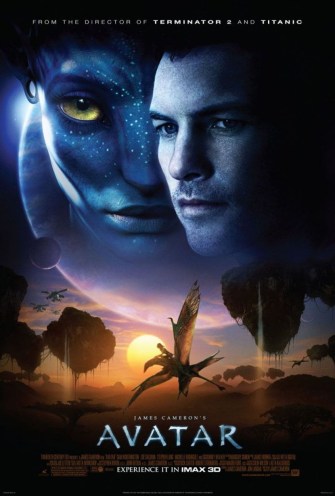 IMDB description: A paraplegic marine dispatched to the moon Pandora on a unique mission becomes torn between following his orders and protecting the world he feels is his home.

James Cameron’s classic breakthrough CGI extravaganza centers on the Navii community’s Tree of Life, essentially Goddess of their belief system. It’s a big, visually thrilling film, and even moving at times. It’s also lovely, with Cameron’s reverence for the fauna of this made-up world painted everywhere. 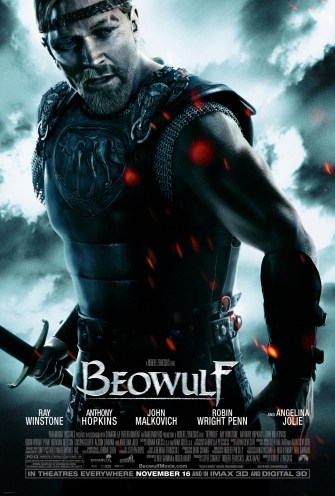 IMDB description: The warrior Beowulf must fight and defeat the monster Grendel who is terrorizing Denmark, and later, Grendel’s mother, who begins killing out of revenge.

This floridly animated story — using motion capture of its actors — is based on the epic Old English poem. In it, warrior Beowulf slays the monster Grendle and then beds his mother played by Angelina Jolie, because Angelina Jolie. Also, Beowulf becomes king. Not that well-received during its release, the film is intense and pretty dark.

There’s a whole sub-genre of movies about witches, and we’re not even mentioning Kiki’s Delivery Service. 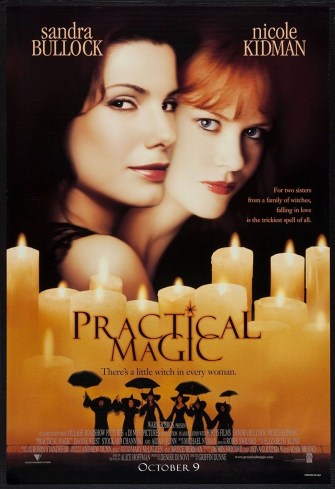 IMDB description: Two witch sisters, raised by their eccentric aunts in a small town, face closed-minded prejudice and a curse which threatens to prevent them ever finding lasting love.

Who says you can’t have a witch-based rom-com? With lots of star power in Sandra Bullock and Nicole Kidman, the mortal boy toy is played by Aidan Quinn, who’s also the dad in The Last Keepers above. 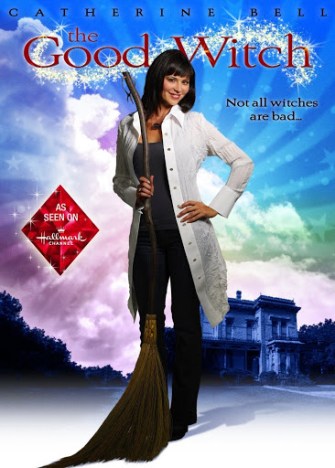 IMDB description: A darkly beautiful and mysterious woman comes in to town and inhabits the local haunted mansion, making everyone wonder if she’s a witch or “The Grey Lady.”

Answer: She’s a witch. A nice one who immediately digs in to help the natives. Her name’s Cassandra, and after a bit of persecution, well… 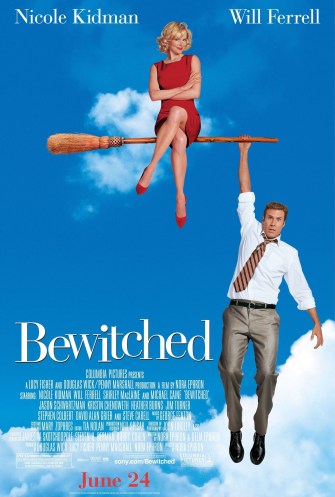 IMDB description: Thinking he can overshadow an unknown actress in the part, an egocentric actor unknowingly gets a witch cast in an upcoming television remake of the classic sitcom Bewitched.

The movie based on the 1960s TV show, this time starring Nicole Kidman as the winsome witch with whom bobblehead actor Will Ferrell falls in love. Definitely a lightweight movie, but perfectly innocuous. Watch it if you’re fond of the leads.

How evolution shifts from unicellular to multicellular life

When facing a predator, single cells sometimes unite to defend themselves, paving the way for more complex multicellular life forms to evolve.
Up Next
The Present

Should men tell women to wear makeup at work?