Surgeons are not squeamish people, so when one of them says, “This is an evil that I haven’t faced before” it gets your attention. The doctor is Hassan Nemeh, surgical director of thoracic organ transplant at Detroit’s Henry Ford Hospital. The evil is the stunning wreck that vaping made of a 17-year-old double-lung transplant patient’s lungs.

“What I saw in his lungs was nothing that I’ve ever seen before, and I’ve been doing lung transplants for 20 years,” says Nemeh. That vaping, particularly of cannabis products using THC oils, has become a major public health crisis is indisputable: Since March, vaping-related illness has landed over 2,000 individuals in hospitals nationwide, and at least 39 of those people have died. 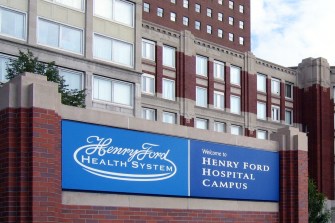 The patient in Detroit

Not much information regarding the individual described by Nemeh has been released, since he’s a minor. What we do know is that his family has described him as an otherwise-healthy young athlete.

The teen was admitted to the first of three hospitals, St. John Hospital, September 5 with what seemed to be pneumonia. His breathing, however, became increasingly difficult until he was put on a ventilator September 12. He was soon transferred to Children’s Hospital of Michigan to be connected to an extracorporeal membrane oxygenation device (ECMO) in order to maintain heart and lung functioning. Still failing, he was transferred to Henry Ford for a six-hour, double-lung transplant on October 15, without which, doctors say, he would certainly have died.

“There was an enormous amount of inflammation and scarring in addition to multiple spots of dead tissue. And the lung itself was so firm and scarred, literally we had to deliver it out of the chest,” recalls Nemeh. 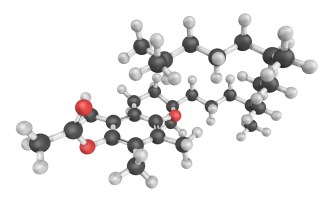 Scientists from the CDC tested for the presence of potential culprits in victims’ lung fluid, looking for plant oils, petroleum distillates including mineral oils, or any other suspicious contaminants common to the individuals’ cases.

What they found — though there could still be additional substances involved — was vitamin E acetate, or tocopheryl acetate. Collecting 29 lung-fluid samples from 29 people who had been sickened or who had died of lung issues, all 29 contained vitamin E acetate. The CDC’s Dr. Jim Pirkle says that’s “pretty much unheard of,” and constitutes a “very strong signal” that vitamin E acetate is at the very least part of the reason for vapers’ pulmonary damage.

CDC officials have concluded that most of the patients had vaped cannabis-based products. This is supported by state testing — New York’s reports finding “very high levels of vitamin E acetate in nearly all” of the samples from cannabis vapers they tested. While the federal FDA remains cautious about putting all the blame on vitamin E acetate, they, too, have found it to be prevalent in afflicted vapers’ lungs. Medical authorities are continuing to test for other possible factors in the frequency of pulmonary illnesses among vapers.

Legitimately manufactured and sold cannabis-based vaping products don’t necessarily contain vitamin E acetate. However, the sticky, honey-like substance is commonly used as a thickener in black-market THC products. Unlike THC itself, vitamin E acetate lingers in users’ lungs. These unregulated, illicit cannabis-based vaping products, say experts, have indeed been linked to most of the cases medical professionals are seeing.

“This is a preventable tragedy,” says Nemeh. While vaping is presumed by many to be safer than smoking, this current public health crisis makes clear that caution is advised, especially when buying vaping products off the street.

Ancient humans may have evolved to slumber efficiently — and in a crowd.
Up Next
Think Again Podcasts

Elif Shafak (writer) – the cemetery of the companionless

Following the Booker shortlisting of her novel 10 Minutes, 38 Seconds in This Strange World, British-Turkish author and activist Elif Shafak returns to Think Again to talk about forgotten lives, the nature of evil, and what we mean by progress.