UC Berkeley recently announced the launch of its center for psychedelic research and education, thanks to an anonymous $1.25 million donation. This follows Imperial College London’s 2019 founding of The Centre for Psychedelic Research and Johns Hopkins’s Center for Psychedelic & Consciousness Research. The U.S. company, MindMed, which is working on clinical studies on ibogaine’s efficacy in treating addiction, is planning an IPO. A host of similar Canadian companies have already entered that country’s stock market.

What a long, strange trip it’s been.

As psychedelics are catapulted into the mainstream, the following eight books cover a range of related topics, including clinical research and anecdotal tales. Whether you’re an advocate, a newbie, or just curious, these books provide a great education on the therapeutic and spiritual potential of the psychedelic ritual.

Am I Dreaming? The New Science of Consciousness and How Altered States Reboot the Brain — James Kingsland

Science journalist James Kingland takes a broad view of altered states of consciousness, including lucid dreaming, virtual reality, hypnotic trances, and microdosing (and larger doses) with psychedelics. His journeys with ayahuasca, LSD, and psilocybin recount intense personal experiences and are worthwhile for anyone interested in the science behind these substances. In the end, Kingsland reminds us the real work of any trip is done in sobriety.

“In some ways the trip is the easy bit. The hard work starts when you try to integrate the lessons you have learned into ordinary life.”

Northwestern pharmacology professor Richard J Miller was exposed to the power of psychedelics while attending Woodstock. This “religious experience” inspired his career in pharmacology. He wanted to discover how substances can alter neurochemistry this profoundly. In “Drugged,” Miller investigates a range of mind-changing substances, including coffee, opium, cannabis, and antidepressants. The chapters devoted to psychedelics provide a great overview of their clinical and spiritual applications.

“The powerful effects of natural products such as Amanita muscaria or ergot suggest that they contain important chemical substances that, if isolated and understood from the structural point of view, might provide us with new insights into disease mechanisms or potential therapeutic opportunities for treating diseases.”

UCLA Medical Center professor of Psychiatry & Biobehavioral Sciences, Charles Grob, was the first researcher approved to clinically study MDMA and ayahuasca in the ’90s. His pioneering (and continued) work in these fields has pushed the field of psychedelic research forward. This 2002 collection features the writings of Ralph Metzner, Terence McKenna, Huston Smith, Rick Strassman, and an interview with Dr. Andrew Weil. The book closes with three exceptional essays by Grob on the psychology of ayahuasca, the politics of MDMA research, and psychiatric research with hallucinogens.

As Weil says of his experiences with psychedelics,

“It can give you a vision of possibility, but then it doesn’t show you anything about maintaining that possibility. When the vision goes, the drug wears off, you are back where you were, you haven’t learned anything but you have seen that something is possible. It is then up to you to figure out how to manifest the possibility.

This 1998 encyclopedia of psychedelic plants and fungi is the bible of cosmonauts. Everything is covered: history, culture, pharmacology, therapeutic applications, regional distinctions, chemistry, maps, and tons of photos. This resource should be in any serious cosmonaut’s library. While grounded in research and respectful of the cultures that practice plant medicine, the trio of experts also understand their broader context.

“The psychic changes and unusual states of consciousness induced by hallucinogens are so far removed from similarity with ordinary life that it is scarcely possible to describe them in a language of daily living. A person under the effects of a hallucinogen forsakes his familiar world and operates under other standards, in strange dimensions and in a different time.” 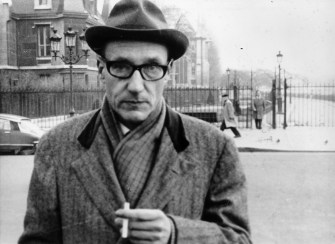 Richard Louis Miller has been a clinical psychologist for over a half-century. He’s also the host of a popular syndicated talk radio show, where he discusses health, mindfulness, and politics. This platform led him to explore psychedelics in a broad scientific and political context.

This book is a collection of interviews from his show, featuring David Nichols, Stanislav Grof, Charles Grob, Roland Griffiths, Amanda Feilding, and Dennis McKenna. They cover a range of issues, such as MDMA as a therapy for PTSD, the efficacy of the current psychiatric paradigm, and psilocybin in depression treatment. These invaluable conversations include this important insight from MAPS founder, Rick Doblin.

“The fundamental problem with our drug policy is that it ascribes good and bad qualities to drugs themselves—”this is a good drug, that’s a bad drug”—when really it’s the relationship that you have with the drug that determines the value of it and whether it’s harmful or helpful.”

The Doors of Perception — Aldous Huxley

Aldous Huxley’s landmark 1954 book on mescaline remains fundamental to psychedelics advocates. Huxley wanted to experience mystic visions, a feat mescaline offered. Yet he never fell prey to the whims of useless metaphysics. This stunning essay details a political and spiritual thinker applying pragmatic as well as transcendental understandings of the psychedelic vision.

“The other word to which mescalin admitted me was not the world of visions; it existed out there, in what I could see with my eyes open. The great change was in the realm of objective fact. What had happened to my subjective universe was relatively unimportant.”

The Joyous Cosmology: Adventures in the Chemistry of Consciousness — Alan Watts

When you get the message, hang up the phone. That summates the British philosopher’s take on psychedelics. While his lane was more meditation and philosophy than drugs—though he was known for enjoying a drink—Watts has plenty to offer on altered states. Watts applies a critical eye to the slacker looking to get off on drugs, yet also recognizes the essential need for connection to nature in an ever-speedy society—this book was published in 1962. That’s the thing about reading Watts: it always catches up to you, wherever you happen to be, trademark humor and all.

“It is not really healthy for monks to practice fasting, and it was hardly hygienic for Jesus to get himself crucified, but these are risks taken in the course of spiritual adventures.”

This correspondence between two of the Beat generation’s top writers is a gem. Burroughs spent months traveling around South America looking for the legendary ayahuasca (yage), long before private planes shuffled Silicon Valley execs to glamping retreats. That meant purchasing bootleg ayahuasca and having colorful run-ins with locals. Many remember Burroughs as a junkie—he had his moments—but the writer also meticulously documented the pharmacology of his drugs. Kerouac owned the road, but Burroughs claimed the sky.

“Yage is not like anything else. This is not the electric euphoria of coke which activates the channels of pure pleasure in the brain, the sexless, timeless, negative pleasure of opium. It is closer to hashish than to any other drug. There are also similarities between Peyote and yage. But while hashish intensifies all sensual impressions, yage distorts or shuts down ordinary sensations, transporting you to another level of experience.”

When you buy something through a link in this article or from our shop, Big Think earns a small commission. Thank you for supporting our team’s work.

While becoming a monk is an evolutionary dead end for the individual, celibacy reaps benefits for the group as a whole.
The Future

Uploading your mind is not a pathway to immortality. Instead, it will create a possibly hostile digital doppelgänger.
Pessimists Archive

Moral panics about the content of children’s cartoons and other forms of entertainment have a long history.
Thinking

Just as there are many types of believers, there’s not only one type of atheist.
Up Next
Starts With A Bang

What We Still Don’t Know About Dark Matter

The overdense regions from the early Universe grow and grow over time, but are limited in their growth by both the initial small sizes of the overdensities and also by […]