Shortly after Albert Hofmann’s famous bicycle trip—the Swiss chemist’s harrowing ride home after accidentally dosing himself with the then-unknown LSD-25—his laboratory, Sandoz, shipped this peculiar substance to any researcher willing to investigate its potential uses. Hofmann is responsible for dosing the planet with this ergoline derivative, as well as all the creativity and rituals that have sprung up around it.

Nearly eight decades and many thousands of studies later, researchers have been unable to identify the chemical responsible for LSD’s unique results. We know that tryptamine derivatives like LSD and psilocybin bind to serotonin-2a receptors, resulting in the “mystical experience,” as well as serotonin-1a receptors, which cause feelings of contentment. How LSD accomplishes its magical feats, though, have remained a mystery.

A little piece of that mystery appears to have been solved, thanks to a new study, published in the journal, Cell. Lead author, Bryan Roth, a professor and pharmacologist at The University of North Carolina School of Medicine, says decades of targeted research on LSD have now come to fruition.

Hundreds of clinical trials on psychedelics occurred in the fifties and sixties before this class of substances got caught in the crosshairs of a racist political front. Even the government was experimenting with psychedelics. The notorious Project MKUltra lasted for two decades, with an unknown number of Americans—the homeless, minorities, immigrants—unknowingly dosed with LSD so researchers could observe its behavioral effects.

Back in the world of clinical science, LSD has always showed promise. That trend continues as restrictions are finally easing up. Understanding LSD’s effects on our brain’s complex system of networks is an important step toward discovering therapeutic actions. As Roth says of his research,

“Now we know how psychedelic drugs work – finally! Now we can use this information to, hopefully, discover better medications for many psychiatric diseases.”

Using X-ray crystallography, Roth’s team discovered a single amino acid—a building block of the protein, Gαq—responsible for binding to serotonin receptors. As LSD is only a partial agonist, they also experimented with a full-agonist designer psychedelic in order to observe complete receptor activation. This amino acid appears to be the master switch for the psychedelic experience.

While psilocybin has been in the news, the psychedelic renaissance is expanding in all directions. Phase 1 clinical trials on the combination of LSD, MDMA, and psychotherapy will soon commence. LSD’s effects on Major Depressive Disorder and pain management are ongoing. With the first psychedelics company to IPO on the American stock market, along with hundreds of millions of dollars of investment flowing into similar companies and organizations, the push for legalized psychedelics intensifies. 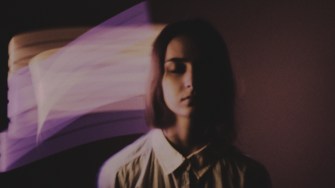 Researchers are actively attempting to remove the hallucinogenic component of psychedelics for widespread therapeutic usage—trials using ibogaine for addiction treatment, for example. Identifying the chemical effects of psychedelics on our brains is an essential step in that process.

Of course, believing psychedelics only matters to brain chemistry is problematic as well. The rituals associated with their use are just as relevant. The “set and setting” model espoused by Timothy Leary reminds us that biology isn’t everything; environmental factors play just as important a role in mental health.

Isolating specific chemicals without understanding the impact of the drug and the environment overlooks the holistic nature of the psychedelic experience. For example, ketamine trials were rushed and could potentially backfire; we can’t afford to make that mistake again.

Still, understanding the pathways LSD utilizes is an important step forward. As Roth says, “Our ultimate goal is to see if we can discover medications which are effective, like psilocybin, for depression but do not have the intense psychedelic actions.” In a world where more people are growing anxious and depressed by the day, every intervention should be explored.

The Cosmic Story That Unites Us All

We may be different in many ways, but the cosmic story is the same for each of us.In all the Universe, you won’t find another planet identical to Earth.Planet Earth, as […]