The old question Should I stay or should I go now is apparently a more common conundrum than you might expect.

A new study published in the journal Social Psychological and Personality Science suggests that most people are quite ambivalent when deciding whether to break up — even right before they do it.

In the second part of the study, researchers compiled those 50 reasons on a list and presented it to a group of new participants, all of whom were considering a breakup with their current partners. The group was asked to select from the list any reasons that factored into their decision-making process.

Most participants selected reasons from both categories, indicating decision-making conflict, as researchers noted:

The fact that breaking up with a long-term romantic partner is a tough decision isn’t surprising, but what’s interesting about the results is the exact reasons why people stay or leave.

Regardless of marital status, these were the most cited reasons for wanting to break up:

However, reasons for wanting to stay in a relationship differed depending on whether respondents were married. While non-married people reported wanting to stay their relationships because they still had fun with their partner or had cultivated a closeness with each other, married people cited more logistical reasons — they had already invested so much time, they shared a home, family responsibilities. 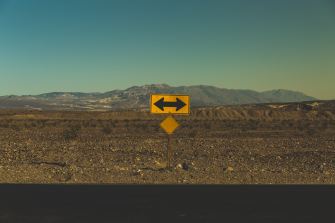 Another interesting find in the results is that ambivalence — both about staying and leaving — was highest among those with attachment anxiety, which was measured with a questionaire that asked participants to rate their agreement with questions like “I worry that romantic partners won’t care about me as much as I care about them.” The researchers noted:

Experiencing relationship ambivalence is more than simple indecision — it seems to be considerably unhealthy.

Past research has tried to identify the things in relationships that predictably lead to breakups. This new study is unique because it analyzes the actual decision-making processes behind breakups as they occur.

Future research should examine how people ultimately resolve these conflicting pressures, as well as the consequences that they may have for health and well-being.

Birthrates are cyclical and have gone up and down throughout history.
The Past

When the mutual relatives of two royal families died, the countries were likelier to go to war.
Neuropsych

A new study suggests that reports of the impending infertility of the human male are greatly exaggerated.
Up Next
Personal Growth

America Is Less White and Christian Than Ever. How Is This Changing Us?