Mass hysteria has been described as a “social phenomenon involving otherwise healthy people.” But it’s much more than that…

Image by KEIGO YASUDA on Shutterstock

A pandemic, according to the Center for Disease Control (CDC) is defined as a “global outbreak of a new virus”. When dealing with a pandemic such as COVID-19, we need to be extremely cautious in the information we share. Pandemics (such as the Swine Flu pandemic of 2008) can very easily turn into mass hysteria cases, even though the threat is very real.

Mass hysteria, also known as epidemic hysteria, is a constellation of symptoms suggestive of organic illness but without an identifiable cause. It occurs between two or more people who share beliefs related to those symptoms, and has been described as a “social phenomenon involving otherwise healthy people.”

Mass hysteria has been well-documented throughout history, below are two separate cases from the 1900s that better explain what it’s like to be in the midst of mass hysteria.

The June Bug Epidemic (1962)
60 workers in an American textile factory reported symptoms that included numbness, nausea, dizziness, and vomiting. Originally, the patients thought they had contracted a virus that was transmitted by the bugs in the factory.

However, several doctors and health care experts from the U.S Public Health Service Communicable Disease Center could find no evidence to support this theory. Eventually, they concluded that the “illness” was really a case of hysterical contagion and that the symptoms were caused by the anxiety that surrounded the factory over potentially contracting this virus that didn’t really exist.

The Kosovo Student Poisoning (1990)
More than 4000 young students became ill with symptoms such as dizziness, fainting, and even convulsions. Their eyes were inflamed and faces flush. The first area to be affected was a high school in Podujevo, only a few students at first – but in the days passing this number grew exponentially. Soon, it passed to many other schools, some even in cities as far away as one or two hours by car. During this time, a mass panic arose that spread throughout the nation.

The Faculty of Medicine at the University of Pristina organized a group of doctors to announce it was epidemic disease, but they could not give any other information, simply because they didn’t have it. The toxicological reports (analysis of blood and urine of the affected patients) were unclear. The samples did not appear to contain any poison. The Chief of Epidemiology of Kosovo Jusuf Dedushaj explained in a letter that he wrote later that year that the disease had psychic causes. The Federal Commission Head (a Slovenian doctor by the name of Anton Dolenc) agreed, declaring the incident having nothing to do with poisoning, but instead calling it a “psychological reaction”, as this was the only explanation for what happened.

In many cases, hysteria is caused by some kind of incident. This can anything – a news story about contaminated water supply or a virus that’s going around (similar to what we’re experiencing in 2020 with COVID-19.)

The mind is a powerful and complex thing – it can play tricks on you.
Consider the Mandela Effect, for example. The Mandela Effect is a collective misremembering of common events or details named after the 2010 notion and rumors that spread when the online masses falsely remembered Nelson Mandela to have died. Many people at this time believed that Nelson Mandela died in prison during the 1980s, when in reality, he was actually freed from prison in 1990 and didn’t die until a few years after the Mandela rumors, in 2013.

The internet was ablaze with people who claimed to remember seeing clips of his funeral on TV or news articles about the man’s death, even though none were ever found (because he hadn’t in fact passed away).

Mass hysteria is quite similar to the Mandela Effect in that you unwittingly trick your brain into believing something that isn’t real…however, in the case of mass hysteria surrounding very real infections or viruses, we can convince ourselves we have the symptoms of the disease or that the disease is more deadly than it really is. 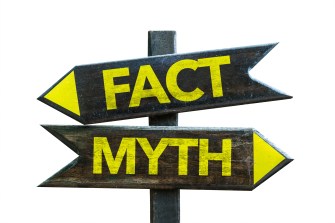 Pandemics (such as the Swine Flu pandemic of 2008 or COVID-19 outbreak of 2020) can very easily turn into mass hysteria cases, even though the pandemic is very real.

Image by Gustavo Frazao on Shutterstock

Can a real pandemic (such as COVID-19) turn into mass hysteria?

A study conducted by the University of Michigan proved that Swine Flu, also known as H1N1, did lead to mass hysteria. The experiment, conducted in May 2009, found that people perceived the H1N1 disease to be even more deadly than the Ebola outbreak in Africa, when the opposite was true.

The results of the experiment proved that when the perception of risk increases, the feelings and anxiety around our risk also increases, even if there is no actual increased risk involved.

We can see the same Swine Flu-esque hysteria beginning to happen in 2020 with COVID-19.

Mass hysteria isn’t only about your mind convincing you that you have symptoms of a non-existent disease or virus – it’s a collective state of mind that can convince entire populations of things that aren’t based in evidence or logic.

This is dangerous when the virus doesn’t exist like with most mass hysteria cases, but it’s even more dangerous when we’re talking about a real virus that does exist. The fear and paranoia around catching the virus leads to panic-purchasing and the spread of misinformation, which furthers the anxiety and fear in the general public. 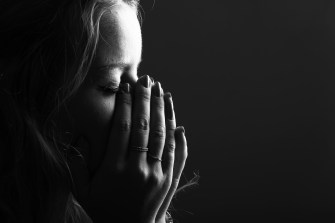 Photo by tockfotografie on Shutterstock

Staying calm and logical during the COVID-19 pandemic

Staying calm and logical during a pandemic can help prevent mass hysteria, panic-purchasing, and product shortages, and can ultimately help curb the spread of infection.

Find real facts from trusted sources – don’t share information you haven’t fact-checked.
According to Dr. Nancy Messonnier, director of CDC’s National Center for Immunization and Respiratory Diseases, the trajectory of COVID-19 suggests people will be exposed to this virus over the next two years, however, most will not develop serious illness.

The CDC has explained that, as with most other viruses, the elderly and those with underlying health conditions or people who have impaired immune systems are at the highest risk.

To find relevant information on COVID-19 and stop the spread of misinformation, you can trust sources such as WHO (World Health Organization) or the CDC (Center for Disease Control). This interactive map from a team at Johns Hopkins Center for Systems Science and Engineering (CSSE) also shows up-to-date progress on the virus with real statistics.

Perspective matters – influenza compared to COVID-19 helps us understand more about the statistics.
While COVID-19 has taken the world by storm this year, it’s important to understand everything we can about this specific strand of coronavirus in regards to other diseases in order to stop the spread of panic and fear.

Coronavirus has 7 other strains that commonly infect millions of people each year. COVID-19 is a new strain that used to solely infect animals but has now been transmitted to humans (CDC estimates that 3 out of every 4 emerging infectious diseases around the world are Zoonotic diseases, meaning they occurred first in animals and then were transmitted to humans).

The Johns Hopkins map shows 184,407 confirmed cases worldwide (as of March 17, 2020) with 7,154 total deaths. While these numbers seem daunting, it’s important to note other factors as well – 79,433 people have fully recovered from the virus, and the CDC has issued a statement explaining that elderly people ages 80+ are at the highest risk.

Compare these numbers with the influenza statistics released by the CDC: In the U.S alone, the flu has caused an estimated 350,000 illnesses and over 20,000 deaths this flu season alone. Researchers have suggested the new panic around coronavirus stems mainly from the fact that while we have studied the flu for years, this strand is new to humans, therefore many people consider it more dangerous.

Stop contributing to societal panic – stay vigilant but remain calm.
Another key factor in pandemics is that the population’s ability to remain calm and react logically to the situation at hand becomes blurred and unfocused.

Instead of taking the recommended precautions set forth by reputable places such as the CDC, people are panic-buying weeks worth of groceries and spreading information online that hasn’t been verified. This only leads to more panic and hysteria.

At times like this, it’s human instinct to be anxious, to feel fear and to worry about what the outcome of this fast-spreading virus could be. However, take a moment to consider the consequences of panic buying or spreading misinformation without fact-checking. There are real-world consequences, such as a lack of product for those who need them.

Our ancestral cousins far more intelligent than we credit them for, and they did things most of us cannot.
The Future

One day, this powerful tool could be in millions of smartphones.
Health

Organ transplantation is in dire need of biotechnological advances. 3D bioprinting and genetic modification of pigs provide a path forward.
Up Next
Health