A new study adds to the growing body of research suggesting COVID-19 may leave some patients with neurological damage.

The preprint study — which is published in medRxiv and has yet to be peer reviewed — examined cognitive test data from 84,285 people, more than 12,000 of whom had either tested positive for COVID-19 or had likely contracted the disease based on previous symptoms.

The data was collected from the Great British Intelligence Test, which measures cognitive performance in areas like semantic reasoning abilities, spatial problem solving and verbal working memory, to name a few.

The results showed that people who contracted and recovered from COVID-19 were significantly more likely to score lower on the tests. What’s more, people with more severe cases of the disease tended to show greater cognitive deficits.

Because the researchers didn’t have data on participants’ cognitive abilities before the pandemic, they compared the scores of the COVID-19 group with a group of healthy controls.

“People who had recovered, including those no longer reporting symptoms, exhibited significant cognitive deficits when controlling for age, gender, education level, income, racial-ethnic group and pre-existing medical disorders,” the researchers wrote in the study. “They were of substantial effect size for people who had been hospitalised, but also for mild but biologically confirmed cases who reported no breathing difficulty.” 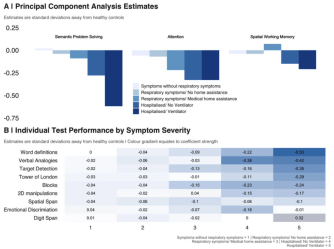 The effect size of cognitive deficits varied across three cognitive domains, which were estimated by applying principal component analysis with varimax rotation to the nine test summary scores.Hampshire et al.

“People who have recovered from COVID-19 infection show particularly pronounced problems in multiple aspects of higher cognitive or ‘executive’ function, an observation that accords with preliminary reports of executive dysfunction in some patients at hospital discharge,” the researchers wrote.

Considering that all participants had recovered from the disease when they completed the cognitive tests, the results suggest that “COVID-19 infection likely has consequences for cognitive function that persist into the recovery phase,” the researchers wrote.

Still, it’s unclear whether these deficits (if indeed caused by COVID-19) are permanent, or how long they may last. But there is evidence suggesting that severe respiratory conditions can cause neurological damage. A 2011 study, for example, found that people who’d been hospitalized with acute respiratory distress syndrome can suffer cognitive deficits that persist up to five years after discharge. 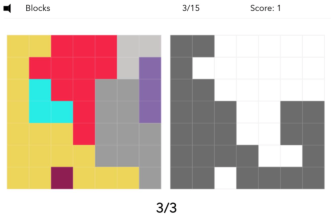 It’s worth noting the study is limited, mainly because it didn’t compare before-and-after cognitive performance of the COVID-19 group. Another possible limitation: People with lower cognitive abilities may be more likely to contract COVID-19 because they’re more likely to put themselves in harm’s way.

“We consider such a relationship plausible; however, it would not explain why the observed deficits varied in scale with respiratory symptom severity,” the researchers wrote. “We also note that the large and socioeconomically diverse nature of the cohort enabled us to include many potentially confounding variables in our analysis.” 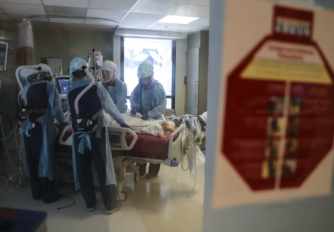 Only time and further research will tell whether COVID-19 leaves people with lasting cognitive deficits. Scientists are already establishing long-term research projects to answer these questions, such as the COVID-19 Brain Study, which aims to monitor the long-term health of 50,000 participants who have tested positive for the disease.

If you’ve been diagnosed with COVID-19 and want to enroll in the study, visit cambridgebrainsciences.com/studies/covid-brain-study.

How ‘flow state’ can heal trauma

Experiences that put you in a state of flow are shown to override PTSD and heartbreak.
▸
with
Steven Kotler
The Well

Why are we here? What is everything made of? This theoretical physicist says science isn’t the right way to answer these questions.
▸
6 min
—
with
Jim Al-Khalili
The Big Think Interview

Are near-death experiences real? Here’s what science has to say.

Scientology, QAnon, and Heaven’s Gate: why do we seek healing from cults?
▸
with
Jamie Wheal
The Big Think Interview

Are sex, drugs and rock ‘n’ roll actually good for you?
▸
8 min
—
with
Jamie Wheal
Up Next
Neuropsych