Not all brains are built equally. How you treat what you’re given, however, matters. Around the world, 50 million people suffer from diseases of dementia. Ten million new cases appear every year. The neurodegenerative Alzheimer’s disease accounts for 60-70 percent of these cases, making it one of the elderly’s greatest challenges.

Fortunately, there are methods for keeping dementia at bay. Some people with Alzheimer’s pathology never show symptoms of the disease. It all has to do with building up a brain reserve.

What are brain reserve and cognitive reserve?

Cognitive reserve is an individual’s ability to avoid cognitive symptoms even when affected by a pathology such as Alzheimer’s disease. This concept refers to one’s ability to improvise in order to maintain healthy cognition, which requires co-opting other brain regions to accomplish new tasks. Your brain is flexible enough to change operational patterns to deal with challenges in novel ways.

Brain reserve specifically references individual differences in the brain’s structural properties that affords one resilience against neurodegenerative diseases. An individual with a substantial brain reserve is able to tolerate age-related changes without showing clinical symptoms of disease.

Specifically, “The term ‘cognitive reserve’ is thus meant to represent physiological robustness within functional brain networks, while the term ‘brain reserve’ refers to differences in available structural neural substrates.” Another way to think about it: consider brain reserve the hardware while cognitive reserve is the software running inside of it. The term that encompasses both is global reserve.

What you can do to prevent Alzheimer’s | Lisa Genova

What you can do to prevent Alzheimer’s | Lisa Genova

What is the physiology of brain reserve?

The cerebellum is one brain structure that contributes to brain reserve. Located at the rear of the brain, the cerebellum plays an essential role in motor control in humans. It is also involved in attentional capabilities, emotional control, and language processing. Damage to this region can result in poor motor and postural control.

The cerebellum is also the brain region that contains the highest number of neurons. This is important as numerous forms of brain plasticity occur there. This is what allows the brain to “change itself,” as psychiatrist Norman Doidge phrased it. This skill—your brain’s ability to change itself throughout your life through its ability to transfer functions to different regions—is the basis of cognitive reserve.

How it protects against Alzheimer’s and other dementias

In a word: neuroplasticity. Doidge writes about a nun who, after suffering a stroke, continued to solve complex crossword puzzles until the day she died. There are other instances of teachers returning to work after having a stroke even though brain tissue associated with cognitive tasks has been destroyed. Their brains routed those tasks through other regions. People who are adept at any or all of the six skills below have a strong brain reserve, and therefore can recover from insults to the brain such as neurodegenerative disease. 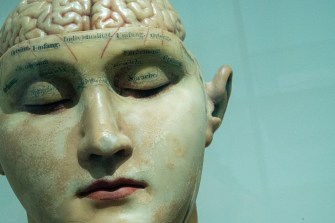 Six ways you can beef up your brain reserve

As with anything, the earlier you begin best practices, the better. That said, there is evidence that neuroplasticity is possible at any age. Maintaining optimal health through exercise, diet, maintaining strong social ties, getting enough sleep, not smoking, and limiting alcohol use are always important for brain health. The following six practices can help you build a strong brain reserve.

As noted above, one nun kept her brain healthy by doing crossword puzzles. Learning a new language or musical instrument have also been shown to help keep your brain working optimally. As with physical exercise, brain exercises keep your neural connections growing. Curiosity is an essential trait for maintaining strong brain health as well. Remaining curious is one of the strongest protective measures for staving off diseases of dementia.

Utilizing all of your senses is crucial. That means stopping to smell the flowers. That also means being a tactile toucher—well, maybe not at the current moment, but in general. Listening to music is its own skill. Again, curiosity matters: if you’re not an avid smeller, take a course in wine or perfumery. You’re not only expanding a sense, you’re helping strengthen your entire neurological structure.

Your relationship to aging matters. When middle-aged or older volunteers were exposed to negative stereotypes about aging, they performed worse on memory tasks. How you frame the inevitability of aging affects how you age. Resilience is a mindset. If you need inspiration, consider Tao Porchon-Lynch, who continued teaching yoga and ballroom dancing until her recent death at the age of 101. Whenever I practiced with her, she would laugh and say age is only a number, and her life proved it.

While offloading memory to your phone can have detrimental effects, doing so in order to prioritize things you have to remember—or to free up cognitive space to learn new skills—is a great use of technology. Keep your life simple by letting repetitive tasks be on auto-pilot so you can engage new challenges with full attention.

There’s an old trick that sometimes works when meeting someone new: say their name three times to remember their name. Not as in, “John, John, John.” That’s a quick way to lose a potential new friend. Think, “Nice to meet you, John.” A little later, “Where do you work, John?” When departing, “Take care, John, hope to see you again.” This trick not only applies to new people, but with everything you know. By repeating a fact or idea aloud or by writing it down, you’re more likely to imprint it to mind.

In the above example, repeating “John” three straight times is less effective than saying it three times over five minutes. If you commit a factoid to memory, space out the time you repeat it. Cramming overnight for an exam never works; studying for a half-hour every day for a week does. Take your time learning new skills as well as recalling what you already know. Your memory will thank you.

Just as human beings diversified so that people in Asia look different from people in Europe, so too did their microbiomes.
Neuropsych

Why ‘Exponential Growth’ Is So Scary For The COVID-19 Coronavirus

This 3D rendering of the COVID-19 coronavirus shows the characteristic ‘crown shape’ that makes this a coronavirus. Thus far, the large infection rate and the high death rate have led […]