Update, 1/31/2019: Science News has reported on the funding of this study, unpublished contradictory evidence, and the broad conclusions made in media headlines. Whenever new research claims a breakthrough, it’s wise to reserve judgment just a bit, as we do. According to Rudolph Tanzi, Alzheimer’s researcher at Massachusetts General Hospital in Boston, while it’s true that gum disease may lead to Alzheimer’s, it’s far from proven. You can read his concerns here.

Dementia is now the fifth leading cause of death around the world, and 70 percent of that is due to Alzheimer’s disease. Until now, experts have been baffled by what causes it, and powerless at slowing or reversing the cruel progress of this condition. Alzheimer’s pulls its victims away from reality as their families watch, hearts breaking, until death delivers the final blow. That may be about to change, though, thanks to new research that suggests the cause of Alzheimer’s is actually bacteria.

Porphyromonas gingivalis, to be specific — the inflamer of gum disease. 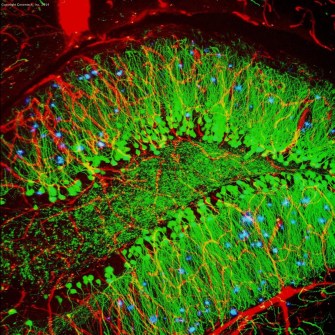 Has the role of protein deposits in patients’ brains been misunderstood?

It’s been known for a while that the brains of Alzheimer’s victims have unusually high amounts of amyloid and tau proteins.This has led, naturally, to a suspicion that these proteins cause the disease. However, it turns out that some older people with exceptionally good memories have significant amounts of amyloid and tau proteins in their brains. This has called into question their causal role in the disease, and has led scientists to investigations of the possibility that the proteins may be appearing as a response to the actual culprit. 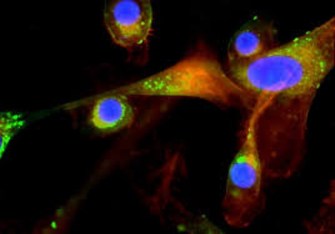 Research from 2009 had identified a gum-disease bacteria, P. gingivalis IgG, as a frequent malady of Alzheimers suffers and frequently present in their brains. It was unclear, however, whether the patients’ periodontitis had something to do with the disease or was simply a condition sufferers acquired after its onset.

A number of research teams conducted P. gingivalis experiments and found that its presence worsens Alzheimer’s symptoms — including amyloid buildup — in mice bred to have the disease, and actually causes Alzheimer’s in healthy mice.

A few years back, Massachusetts General Hospital’s Robert Moir started looking into the behaviors of a particular sequence of amino acids in beta amyloids. It exists in 70 percent of vertebrates, as well as some other animals, intriguing Moir, who told New Scientist, “This is a very old peptide doing something that’s important.” He found that the protein was a bacterial microbe killer. This suggested that the familiar buildups could be defending the brain against invading bacteria. 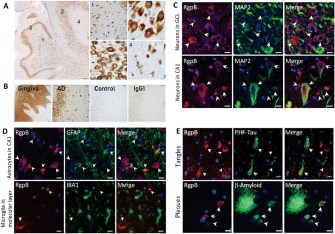 The new study, which was published in Science Advances on January 23, reveals that toxic enzymes, gingipains, which allow P. gingivalis to feed on human flesh, were found in 96 percent of the tissue they examined from 54 Alzheimers’ victims. Also, when they examined the DNA of three Alzheimer brains they found the P gingivalis in them all. Researcher Sim Singhrao of University of Central Lancashire, not involved in the study, tells New Scientist, “This is the first report showing P. gingivalis DNA in human brains, and the associated gingipains, co-lococalising with plaques.”

As further confirmation, there was more of both the bacteria and its gingipains — and amyloid and tau buildup — in patients experiencing more advanced dementia.

The study also found that the gingipains mangle tau proteins so that they begin killing neurons. The result? Dementia.

Altogether, this may finally be the Alzheimer’s breakthrough scientists have been waiting for.

The beginning of the end of Alzheimer’s?

We’ve gotten our hopes up before, but the new research provides genuine reason for optimism. The cause of this tragic condition may finally have been identified. As Cortexyme’s Casey Lynch says, “We believe this is a universal hypothesis of pathogenesis.”

Tags
Alzheimer's sciencebacteriabraindementiadiscoverydiseasehealthmicrobes
In this article
Alzheimer's sciencebacteriabraindementiadiscoverydiseasehealthmicrobes
Related
Life
Strange life forms create an “alien” ecosystem in an abandoned uranium mine
Slimy biofilms made up of bacterial and eukaryotic life forms have taken over an abandoned, flooded uranium mine in Germany.
Life
Scientists use CRISPR to insert an alligator gene into a catfish
Disease kills off 40% of farmed catfish. This gene protects them.
Health
COVID, RSV and the flu: A case of viral interference?
Viruses, it turns out, can block one another and take turns to dominate.
Life
Most of the seafloor is a thick graveyard of ooze
Each year, several trillion pounds of microscopic silicon-based skeletons fall down the water column to pile up into siliceous ooze.
Health
New killer CRISPR system is unlike any scientists have seen
Once activated, the CRISPR-Cas12a2 system goes on a rampage, chopping up DNA and RNA indiscriminately, causing cell death.
Up Next
The Present
Philosophy can make the previously unthinkable thinkable
Philosophers and practical ethicists might gain something from considering the Overton window of political possibilities.