The 2019 Nobel Prize in Medicine has just been awarded to three scientists from the U.S. and U.K. working independently on the same problem: How cells sense and adapt to oxygen availability. They’ve unveiled the series of molecular events that allow cells to assess and respond to changing levels of available oxygen, with implications in the treatment of cancer, heart attacks, strokes, anemia, and other diseases.

According to the Nobel Assembly, these seminal discoveries “revealed one of life’s most essential adaptive processes.” The Assembly’s Randall Johnson says, “Scientists often toss around this phrase ‘textbook discovery.’ But I’d say this is really essentially a textbook discovery.” He envisions the discovery as “something basic biology students will be learning about when they study — at aged 12 or 13 or younger — biology, and learn the fundamental ways cells work.” 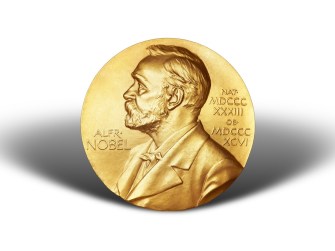 The three scientists who received the 5 a.m. call from Stockholm are Gregg Semenza (Johns Hopkins University), Sir Peter Ratcliffe (Oxford University), and William Kaelin, Jr. (Dana-Farber Cancer Institute/Harvard University). The three shared their work informally over the years in an ongoing conversation that moved the whole field of study forward. Each had his own reason for pursuing his research area, and their interests reflect the far-ranging impact of their findings.

Semenza wondered exactly what it was that cancer cells were seeking when they spread to new areas in the body. He suspected it was oxygen.

For Kaelin, it was a pursuit of answers behind a rare genetic form of cancer, Von Hippel-Lindau syndrome (VHL disease), known to involve exaggerated production levels of EPO, and an excess of blood vessels. He had a hunch it was something in cells’ then-mysterious oxygen-sensing mechanism malfunctioning. 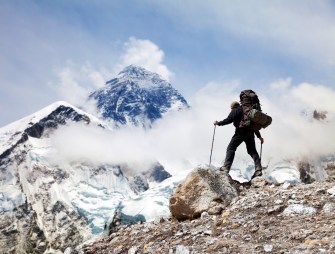 Why this is important

Cells need oxygen to live, and Earth’s air-breathing organisms have developed ways to ensure their cells get the amount of oxygen they need. At high altitudes, for example, we produce more red blood cells to accommodate the relative scarcity of air and combat the onset of hypoxia. While a lack of oxygen can be deadly, so too can too much — it may be that an excess of oxygen can be exploited by some cancers, among other issues.

Human bodies have developed a couple of ways to monitor and respond to changes in oxygen levels. The carotid body associated with the large vessels on both sides of the neck have unique cells that sense oxygen levels, and, as noted above, the body produces more oxygen-carrying cells to maximize delivery of what O2 there is when there’s not enough. Production of these oxygen-carrying cells is triggered by the production of erythropoietin (EPO) — it’s this system that the Nobel winners explored. 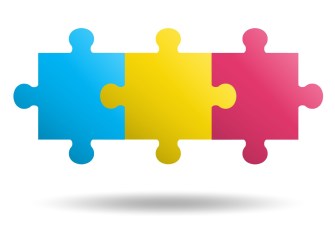 A technical glimpse into a three-part puzzle

The research that led to the Nobel-awarded discovery began back in the 1990s when, Semenza started studying the EPO gene to learn how its production was being controlled. He identified a DNA segment near the EPO gene that appeared to be regulating its production in response to hypoxia. Most interestingly, this DNA, also spotted around the same time by Ratcliffe, wasn’t only in kidney cells known to produce EPO, but in all cells.

Eventually Semenza discovered a protein complex that binds to the DNA depending on the amount of oxygen available, and named it hypoxia-inducible factor, or HIF. HIF turned out to be a pair of different DNA-binding proteins, HIF-1α and ARNT.

The amount of HIF-1α increases when oxygen levels are low, apparently due to an oxygen-related reduction in the effect of ubiquitin, a peptide that normally would bind with and quickly decay HIF-1α.

As a result of his immersion in Von Hippel-Lindau research, Ratcliffe discovered why a lack of oxygen could dampen ubiquitin’s bite: HIF-1α is tagged for destruction by ubiquitin via the VHL gene. (An absence of the VHL gene causes the disease by allowing the presence of too much HIF-1α.)

This implied an unknown interaction between the VHL gene and HIF-1α and Kaelin and Ratcliffe worked it out. They realized that at normal oxygen levels, two hydroxyl groups were added to two locations in HIF-1α. Aided by oxygen-sensitive enzymes, VHL thus binds to HIF-1α and moderates the production of EPO and the number red blood cells. With either too little or too much oxygen, this balance is upset.

In all, this daisy-chained sets of research has given us a new insight about our bodies — specifically, of the series of molecular events that constantly help our cells assess and respond to changing levels of oxygen. “Textbook discovery,” indeed.

Tags
cell oxygendiseasegeneticshuman bodyhypoxiamedical researchmedicinemicrobiologymolecular biologynobel prize
In this article
cell oxygendiseasegeneticshuman bodyhypoxiamedical researchmedicinemicrobiologymolecular biologynobel prize
Related
Health
New blood types are often discovered following medical disasters
New blood types are regularly discovered by an unusual absence or an unusual presence — both of which can result in tragedy.
Neuropsych
How you breathe affects your brain
Your breathing rhythm influences a wide range of behaviors, cognition, and emotion.
Health
COVID, RSV and the flu: A case of viral interference?
Viruses, it turns out, can block one another and take turns to dominate.
Health
Chantix, Trulicity, Xeljanz, and most drugs advertised on TV are of “low therapeutic value”
Close to 70% of drugs advertised on TV offer little to no benefit over other cheaper drugs.
Neuropsych
Shopping with your nose: How body odors influence your buying behavior
Sniffing out a deal.
Up Next
Hard Science
China grew a plant on the moon — it sprouted two leaves, data indicates
It marks the first time a plant has been grown on the moon.