Not Pretty Enough to Win Wimbledon? Are You People for Real? 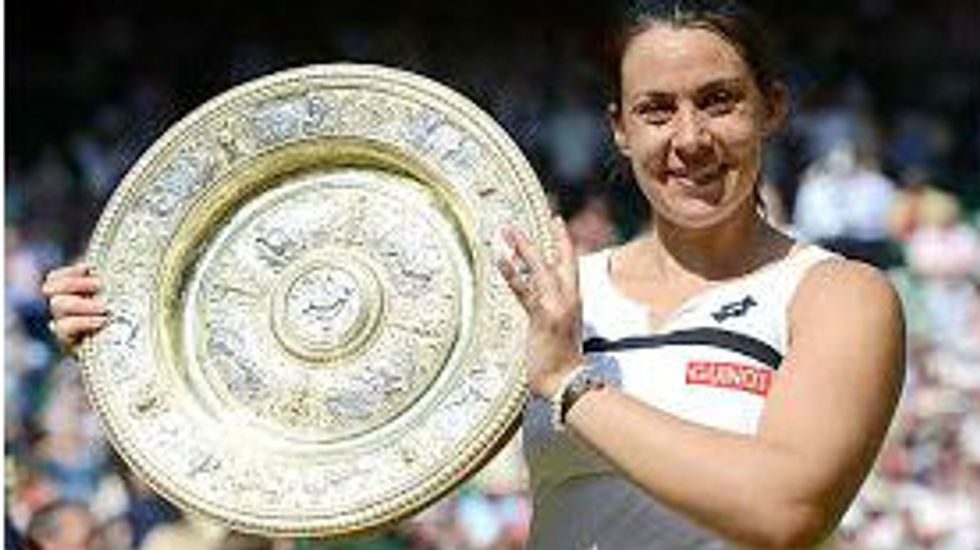 A month or two ago I wrote about the rampant proliferation of “hotness” ratings for women where they have no business or place. Even the most accomplished women, ranging from authors to long-distance runners to neuroscientists, are praised and, more often, viciously trashed, for superficial, petty reasons concerning their sexiness, bodies, or appearance.

This feels like a particular kind of retro, sexist revival, whereby all of a woman’s accomplishments, actions, and deeds in life are reduced down to whether she’s doable or not; sexy or not; pretty or not, and by the most juvenile and erotically unimaginative standards of sexiness and beauty, at that.

This form of sexism converts life into a perpetual beauty pageant or Miss America competition. So, when you’re receiving that Nobel Prize, you’re really just walking the runway to have your sexiness appraised; when you win that big case in court, you’re actually fodder for a Hottest Lawyers list percolating on a blog or online magazine somewhere. And, when you win Wimbledon, you’re really just an “undeserving ugly fat slut.”

That’s a characteristic comment from some male viewers after Marion Bartoli won Wimbledon this weekend, as Public Shaming compiles for us.

The compilation is nauseating to read. Bartoli’s called an “ugly smelly little bitch”—by a Tweeter who apparently actually has a girlfriend or wife, at least judging by his profile shot! Women, if your man talks like this, then you’ve got a problem. Other misogynist couch potatoes share the priceless, witty bon mots that Bartoli is an “ugly bitch,” a “fat ugly sweaty pig” (yes, well… sweat does tend to happen when you’re winning Wimbledon), an “ugly French fuck,” and an “oily-faced French bitch” who is “ugly.”

I hate to reproduce these comments. But maybe it’s best that we stop ignoring them as ephemeral, harmless jibes and start looking squarely at the ugliness out there, the death-by-a-thousand-cuts micro-viciousness and incivilities that we live with in social media. The sense that it’s only a few Tweets in the wilderness only encourages more of them.

It’s bad enough on Twitter but inexplicably, a commentator on BBC made much the same remark. John Inverdale on BBC’s Radio 5 speculated—and has since apologized for his remarks—that maybe Bartoli’s dad told her when she was growing up that she’d “never be a looker,” and so she developed a scrappy attitude to compensate for her lack of beauty.

In case we need a refresher on this point of etiquette and civilization: It is dehumanizing, and belittling, to the take the sum total of another human being’s life, feelings, accomplishments, and work, and reduce them to something trivial and sexist—even if you like their looks. It’s a way of saying to a woman, “I don’t care what you’ve accomplished, thought, or done in life. You’re just a fat ugly person to me (or, a “hot,” sexy girl).”

And, lest we think that women aren’t colluding in the hatefulness, CNN reported that after New England Patriots tight end Aaron Hernandez was charged with multiple homicides, female fans were Tweeting that they “didn’t care” if he was a murderer, they still find him sexy, and that he was too “sexy” to spend the rest of his life in jail.

Yep, don’t mind the bodies in the trunk. He’s playing the Sexy Get Out of Jail Free card.