Whether you’re feeling optimistic or pessimistic about humanity’s long-term chances on Earth, most of us agree that we should colonize other planets. Whether that’s out of humanity’s sheer pioneering spirit or the pragmatic survival instinct to spread out so that a catastrophe on Earth doesn’t wipe out the species, establishing a colony on a nearby planet seems like a must.

Trouble is, our neighboring celestial bodies are constantly bombarded by deadly radiation, lack water or oxygen, rain sulfuric acid, swing from extreme heat to cold, and possess many other inhospitable characteristics. No matter where we go in our solar system, we’ll have to engage in one of the largest projects imaginable: terraforming. Depending on the environment we want to transform into a more Earth-like one, the nature of this project will vary tremendously. Here’s some examples from some of the most likely candidates for terraforming in our solar system. 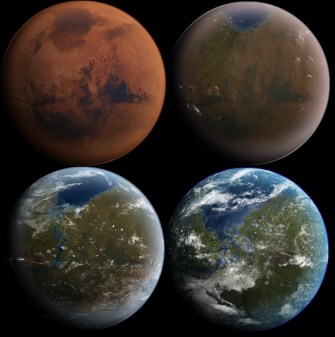 An artist’s depiction of Mars’ gradual transformation via terraforming.

​Mars has always been an appealing target for terraforming, as it is arguably the most Earth-like planet in the solar system. It goes through similar seasons to Earth, has a relatively similar atmospheric composition, its day-night cycle is extremely close to our own, it possesses abundant water in the form of ice, and it lies in the Sun’s habitable zone.

But the biggest problem with Mars is that it has no magnetosphere. Without an envelope of shielding magnetism, solar wind will blow away any atmosphere before it can accumulate. Proposals to create the right kind of atmosphere on Mars — like Elon Musk’s flashy idea of nuking the polar ice caps to release stored CO2 and water vapor, thereby heating the planet up — won’t work long term without a magnetosphere to protect the planet against solar wind. With Mars’ current, flimsy atmosphere, between 1 and 2 kilograms of gas are lost to space every second. Not to mention that the lack of this protective magnetosphere also exposes the planet and all life on it to deadly radiation from the sun.

One proposal is to place a gigantic magnetic shield in orbit between Mars and the Sun to recreate the effects produced by, for instance, Earth’s rotating iron outer core. This would be an incredible engineering task, likely requiring regular maintenance and fuel to keep the magnet powered. But it would be the first step to ensuring that Mars could be made habitable. Even prior to that point, Mars gradual growth of an atmosphere would make future exploration on the red planet easier and easier. 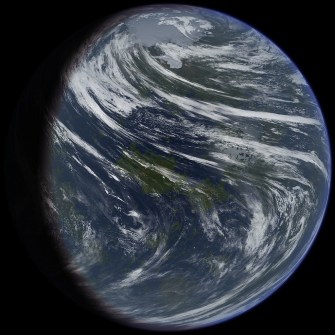 An artist’s depiction of Venus if it were terraformed.

Compared to Mars, Venus has very little going for it. The surface temperature is 462°C, or 864°F; it has the opposite problem as Mars, with an atmosphere more than 90 times as dense as that of the Earth; and it’s got no breathable oxygen. Not to mention that it’s covered in volcanos and rains sulfuric acid. On the other hand, it’s our closest planetary neighbor, and its gravity is about 90 percent that of Earth’s compared to Mars’ 38 percent, meaning our muscles and bones wouldn’t atrophy while living there.

While Venus also suffers from a lack of a sufficiently strong magnetosphere, it’s abundance of atmosphere means that concern can be put aside for a while in our hypothetical terraforming project. Venus’s major problem is its excess of CO2, which makes the surface of the planet too hot for life and too heavy for humans.

One approach would be to use autonomous robots to expose Venus’s underground deposits of calcium and magnesium, resulting in a chemical reaction that would store CO2 in a magnesium carbonate. This would need to be supplement by a bombardment of those elements mined from asteroids as well in order to remove enough carbon from the atmosphere for human life.

There are a variety of other methods, but they all rely on removing CO2 from the atmosphere rapidly. Seeing as how our inability to do that on Earth may be one of the biggest reasons to find another planet, Venus may not be the ideal target for terraforming in the future. An alternative to terraforming, however, would be to build a floating city in the Venusian clouds, a feat that isn’t too far-fetched technologically. 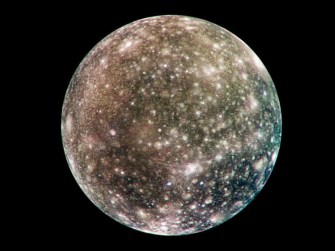 Many of the Jupiter’s Galilean moons are attractive targets for terraforming due to their high abundance of water, but only Callisto lies far enough away from the radiation belts generated by Jupiter’s magnetosphere. On Earth, we’re exposed to about 0.066 rems of radiation per day. In contrast, Ganymede receives 8 rems of radiation per day, Europa receives 540 rems per day, and Io receives a whopping 3,600 rems. Callisto, in contrast, is exposed to about 0.01 rems per day, which humans can tolerate.

The process of terraforming these moons would all follow essentially the same recipe. First, heat up their icy surfaces either through giant mirrors, nuclear devices, or some other method. Then, let the radiation from Jupiter split the resulting water vapor into hydrogen and oxygen — the hydrogen will be blown into space by solar wind, while the oxygen will settle close to the surface. Use bacteria to convert the moons’ ammonia into nitrogen, and there’s a breathable atmosphere.

Of course, these planets would be completely covered in oceans hundreds of kilometers deep, and Callisto wouldn’t have its own magnetosphere to keep that atmosphere in place long term, but their abundance of water makes it an attractive target nonetheless. More concerning is the possibility that life already exists beneath the Galilean moons’ icy surfaces, in the warm waters by thermal vents. If we were to discover such life, would it be ethical to disrupt the only alien life we have ever known? 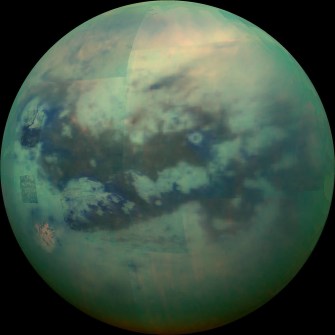 A composite image of Titan in infrared as seen by NASA’s Cassini spacecraft. Because Titan’s atmosphere is so hazy, viewing it in the wavelengths of visible light is not possible. Using the infrared spectrum enables us to see through the clouds to the moon’s surface.

The appeal of terraforming Titan lies in its vast reservoir of resources. Its hydrocarbon reserves (such as petroleum) are several hundred times greater than all known reserves on Earth. It’s covered in a wide variety of organic compounds, particularly methane and ammonia, as well as a great deal of water. And its atmosphere is primarily nitrogen as well — a composition that scientists believe resembles that of early Earth’s.

Together, these ingredients would be of significant benefit to any terraforming project. If Titan’s atmosphere does resemble early Earth’s, then transitioning to an atmosphere that resembles modern Earth would be (relatively) straightforward. One proposal would be to position mirrors in orbit to direct focused sunlight onto the moon’s surface. Since the surface ice contains many greenhouse gases, this could warm Titan up considerably, releasing water vapor and consequently oxygenating the atmosphere. It also spends most of its time within Saturn’s magnetosphere, protecting its atmosphere from the solar wind.

But perhaps more so than any other body in our solar system, Titan could already have extraterrestrial life owing to its abundance of organic chemicals. And, if all of Titan’s ice were melted, it would become an ocean planet 1700 km deep, or over 1,000 miles deep, making the establishment of fixed, permanent structures a challenge.

There are challenges common to all of these potential candidates for terraforming. The big one, of course, is getting there. Many of these targets are incredibly distant. For a comparison, it took Voyager 1 a little over three years to get to Saturn, where Titan, the most distant candidate, is located, and a ship with all of the necessary equipment, people, and resources would be significantly slower than a lightweight probe. Then, there’s the issue of establishing a semipermanent colony while the long work of terraforming goes on. It’s difficult to speculate about the capabilities we’ll have at our disposal when terraforming a planet becomes a feasible project, but it could be hundreds, possibly thousands of years before any of these planets are completely terraformed. And these are just some of the known issues: a project of this scale is bound to have unexpected problems and consequences. Despite these major challenges, the vast majority of humanity believes that establishing a second home in our solar system is a necessity — the question is, which will it be?

Researchers hypothesize that these exoplanets could support the development of alien life.

The possibility of an easy, non-invasive detection method arises.