Researchers from the University of Nottingham have developed a method of blood screening they believe could ultimately lead to the detection of breast cancer five years before clinical indicators appear. Such extremely early detection would presumably offer patients and their doctors an unprecedented head start at preventing the disease’s progression. The availability of such an advanced warning would be a potent addition to the growing arsenal of weapons against breast cancer that include a breast-cancer vaccine. 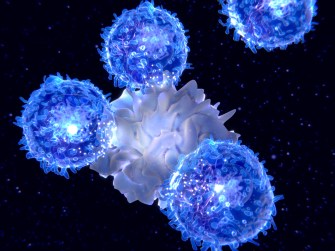 Antigens and their auto-antibodies

Antigens are substances produced by cells, including tumor cells. When an antigen comes into contact with other cells in the body, the immune system generates an antibody optimized specifically for that antigen called “auto-antibodies.”

The team from Nottingham has found that the presence of tumor-associated antigens (TAAs) constitutes a reliable indicator of cancer. Likewise, the presence of an antigen’s auto-antibody is a good indicator that the antigen, and thus a tumor, is present.

The researchers developed blood panels against which blood can be screened using protein microarray for auto-antibodies linked to TAAs associated with breast cancer tumors. The team was able to screen for 40 such antibodies overall, as well as 27 not associated with the disease, with each panel targeted to a subset of those. 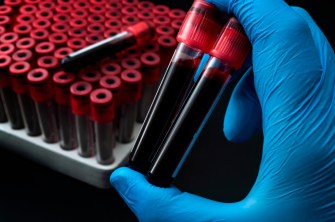 The researchers from the Centre of Excellence for Autoimmunity in Cancer (CEAC) group at Nottingham’s School of Medicine took blood samples from 90 breast cancer patients shortly after diagnosis, and from a control group of 90 volunteers not afflicted with the disease.

According to Daniyah Alfattani, one of the researchers, “The results of our study showed that breast cancer does induce auto-antibodies against panels of specific tumor-associated antigens. We were able to detect cancer with reasonable accuracy by identifying these autoantibodies in the blood.”

The team focused on three panels: One with five TAAs, one with seven, and one with nine. The larger the panel, the more accurate the testing, as it turned out. 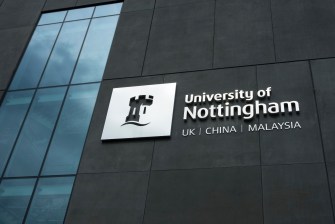 While accurate cancer detection in roughly 30% of patients isn’t anywhere near good enough for widespread use as a diagnostic tool, the researchers are nonetheless upbeat about the results. “We need to develop and further validate this test,” says Alfattani. “However, these results are encouraging and indicate that it’s possible to detect a signal for early breast cancer. Once we have improved the accuracy of the test, then it opens the possibility of using a simple blood test to improve early detection of the disease.”

Further study is currently underway with 800 patients being tested using a panel of nine TAAs, and the researchers expect to see greater accuracy in this larger cohort.

If there’s a chance of substantially improving accuracy in this approach to early detection, the benefits would be obvious. Says Alfattani, “A blood test for early breast cancer detection would be cost effective, which would be of particular value in low- and middle-income countries. It would also be an easier screening method to implement compared to current methods, such as mammography.”

The researchers estimate that with full funding, a clinic-ready version of the test could be developed in four to five years.

The study was presented at the 2019 NCRI Cancer Conference in Glasgow, and NCRI CEO Iain Frame is impressed. “Early diagnosis using simple, non-invasive ways of detecting the first signs of cancer is a key strategic priority for NCRI and something we’d all like to see working in practice. The results from this pilot study for a blood test to detect early breast cancer are promising and build on this research group’s expertise in other cancers, such as lung cancer. It’s obviously early days but we look forward to seeing the results from the larger group of patients that are now being investigated.”

Tags
breast cancercancerdiseasehealthhealth careillnessmedical researchVaccines
In this article
breast cancercancerdiseasehealthhealth careillnessmedical researchVaccines
Related
The bizarre history of exercise explained in 8 minutes
Harvard professor Daniel Lieberman debunks the ‘10,000 steps per day’ myth.
▸
8 min
—
with
Daniel Lieberman
Health
America’s maternal death rate: “This is a national crisis”
Black women are 3x more likely to die giving birth. Here’s one plan to fix that.
▸
7 min
—
with
Michael Dowling
Harvard professor debunks the biggest exercise myths
Exercise culture is crazy. But what you need to do is exceedingly simple.
▸
with
Daniel Lieberman
Mind hack: Revive your focus with this 12-minute exercise
A neuroscientist explains how to master your focus.
▸
7 min
—
with
Amishi Jha
Videos
Are you developing Alzheimer’s?
Only 2% of Alzheimer’s is 100% genetic. The rest is up to your daily habits.
▸
9 min
—
with
Lisa Genova
Up Next
Lifelong Learning
Want to feel like Superman? Steven Kotler explains how to enter the ‘flow state’
Have you ever found yourself so engrossed in your work that, hours later, you’ve been shocked to discover you’ve missed your lunch break? Maybe you’ve had a conversation with a […]