One of the more tantalizing mysteries of modern astronomy is figuring out just what it is that’s distorting the orbits of objects out at the edge of our solar system. The most popular candidate is a large, unseen mystery planet, dubbed either “Planet 9” or “Planet X.”

However, no such body’s been observed.

Last June, new models from the University of Cambridge and American University of Beirut, in Lebanon, showed how there may be no need for a Planet 9 after all — a swarm of small, icy objects may be what’s producing the weird orbits. A new study, however, says, nope, it is something big out there, and the reason we can’t see it is that it’s an ancient black hole. 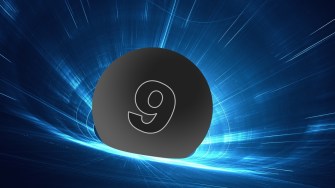 The team behind the new paper, Jakub Scholtz of Durham University in the U.K., and James Unwin of the University of Illinois at Chicago, are concerned not just with these odd orbits, but also with a set of gravitational anomalies observed by Poland’s Optical Gravitational Lensing Experiment (OGLE). Both phenomena, the authors say, “can be simultaneously explained by a new population of astrophysical bodies with mass several times that of Earth.”

Such a body might be a primordial black hole (PBH), created within the first second after the Big Bang, that’s somehow been captured by our solar system. The authors consider this idea every bit as likely as a Planet 9, which would require a re-thinking of planetary formation given that it would be a free-floating member of a solar system. “A solution with an ordinary planet and a solution with an exotic compact object like a primordial black hole are very similar,” says Unwin.

Intriguingly, the scientists say, the proposed PBH may ultimately be more observable than Planet 9 has proven to be, if indirectly. 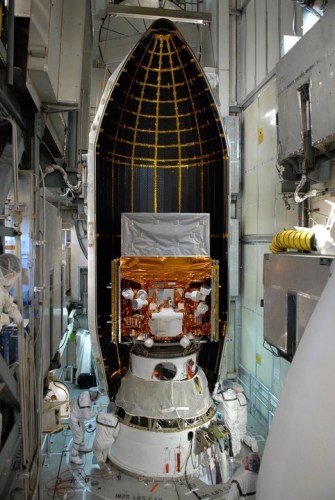 How a black hole could be detected

Scholtz and Unwin say confirmation of a PBH could be attained with the capture of gamma-ray signals from its microhalo composed of dark matter. While we currently have no way to directly observe dark matter, it’s believed that the fatal interactions between dark matter and normal matter at the edge of the PBH would produce gamma “annihilation signals” that devices such as the Fermi Space Telescope or the Chandra X-ray Observatory could detect.

This microhalo might extend hundreds of thousands of miles from the black hole’s center. “We actually expect [annihilation signals] to happen at quite a significant rate,” says Unwin, “so these things have the potential to just be glowing sources in the sky.” 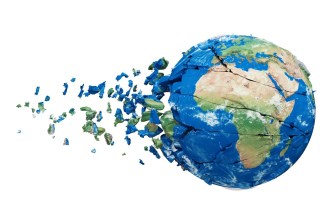 One obvious question a black hole inside our solar system would prompt is whether or not the system’s planets would eventually be drawn into it. If it’s located in the same area as the proposed Planet 9, it would be over 56 billion miles away from Earth. That’s less than a single light year, 6 trillion miles, pretty close in astronomical terms. Should we be worried?

“For normal black holes,” explains Scholtz, “you need to have at least a solar mass because it is created out of a star. These primordial black holes can be much lighter; for example, an Earth mass, or in fact, even lighter.” In layman’s terms, we can relax — this one would be tiny.

Adding to the conversation

The paper by Scholtz and Unwin is still under peer review and hasn’t yet been published in its final form. It’s a new idea, and possibly incorrect, but still worthy of consideration. “We’re not saying that it can’t be a planet,” Unwin tells UIC Today. “We’re saying it need not be a planet, and the important point is that this extends the experimental search needed to find this object we believe may be in the outer solar system.”

Increasingly sophisticated automation technology can save big money for banks by paring down the workforce.