The promise of nuclear fusion is tantalizing: By utilizing the same atomic process that powers our sun, we may someday be able to generate virtually unlimited amounts of clean energy.

But while fusion reactors have been around since the 1950s, scientists haven’t been able to create designs that can produce energy in a sustainable manner. Standing in the way of nuclear fusion are politics, lack of funding, concerns about the power source, and potentially insurmountable technological problems, to name a few roadblocks. Today, the nuclear fusion reactors we have are stuck at the prototype stage.

However, researcher Michael Zarnstorff in New Jersey may have recently made a significant breakthrough while helping his son with a science project. In a new paper, Zarnstorff, a chief scientist at the Max Planck Princeton Research Center for Plasma Physics in New Jersey, and his colleagues describe a simpler design for a stellarator, one of the most promising types of nuclear fusion reactors.

Fusion reactors generate power by smashing together, or fusing, two atomic nuclei to produce one or more heavier nuclei. This process can unleash vast amounts of energy. But achieving fusion is difficult. It requires heating hydrogen plasma to over 100,000,000°C, until the hydrogen nuclei fuse and generate energy. Unsurprisingly, this super-hot plasma is hard to work with, and it can damage and corrode the expensive hardware of the reactor.

Wendelstein 7-X – from concept to reality

Stellarators are devices that use external magnets to control and evenly distribute the hot plasma by “twisting” its flow in specific ways. To do this, stellarators are outfitted with a complex series of electromagnetic coils that create an optimal magnetic field within the device.

“The twisted coils are the most expensive and complicated part of the stellarator and have to be manufactured to very great precision in a very complicated form,” physicist Per Helander, head of the Stellarator Theory Division at Max Planck and lead author of the new paper, told Princeton Plasma Physics Laboratory News.

The new design offers a simpler approach by instead using permanent magnets, whose magnetic field is generated by the internal structure of the material itself. As described in an article published by Nature, Zarnstorff realized that neodymium–boron permanent magnets—which behave like refrigerator magnets, only stronger—had become powerful enough to potentially help control the plasma in stellarators. 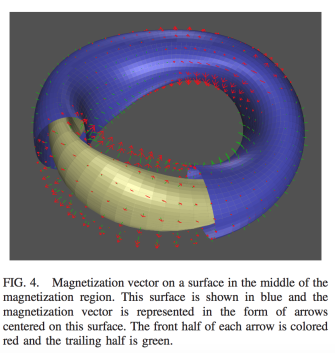 “His team’s conceptual design combines simpler, ring-shaped superconducting coils with pancake-shaped magnets attached outside the plasma’s vacuum vessel,” reads an article published in Nature. “Like refrigerator magnets—which stick on only one side—these would produce their magnetic field mainly inside the vessel.”

In theory, using permanent magnets on stellarators would be simpler and more affordable, and it would free up valuable space on the devices. But the researchers did note a few drawbacks, such as “limitations in field strength, nontunability, and the possibility of demagnetization.”

In any case, commercial nuclear fusion energy won’t be available anytime soon, if at all. But, in addition to the new stellarator design idea, there have been some interesting developments in recent years. One of the most noteworthy examples is the International Thermonuclear Experimental Reactor (ITER).

ITER announced last year that it hopes to complete the construction of the world’s largest tokamak nuclear fusion reactor by 2025. The goal of the project is to prove that commercial nuclear fusion is possible by demonstrating that a reactor can produce more energy than it consumes. But even if the ITER experiment is successful, it would likely take until at least 2050 for a nuclear fusion power plant to come online.

Achieving sustainable nuclear fusion energy on Earth remains a “grand scientific challenge” with an uncertain future. What’s more, some scientists question whether the energy source really is as clean, affordable and safe as many claim it would be. But new insights into the design of nuclear fusion reactors, like the one described in the new paper, could help to expedite the process of developing what could someday become the primary energy source of a post-carbon society.

In the future, driving an app across a bridge could let engineers know how safe it is.
The Future

They are expected to be cheaper to build and even more reliable than today’s nuclear plants.
Life

Innovation training encourages the kind of creativity and problem solving that can lead to breakthroughs in business.
Up Next
Starts With A Bang