Cutting edge physics research gives us another remarkable idea that sounds like something out of a science fiction novel. In 2012, Nobel-Prize winning Frank Wilczek and a team of theoretical physicists at MIT came up with an idea that hypothetical structures exist that would appear to move without using energy. He called them “time crystals“. While most physicists since then have dismissed the idea as “impossible”, a new paper shows how these time crystals could actually exist, possibly changing our understanding of fundamental principles of nature.

What’s special about time crystals is that, if they exist, they could break the symmetry of time and space. The way time crystals would move is in a repeating pattern, without using stored energy, in a sort of perpetual motion.

The reason crystals gave Wilczek the idea is because they exhibit unusual growth behavior, with their atoms spontaneously organizing into rows, columns and 3D lattices, without becoming symmetrical like a sphere. This breaks the spatial symmetry of nature, which maintains that all places are equivalent. Knowing this, Professor Wilczek came up with mathematical proof that showed the atoms of crystallizing matter could regularly form repeating lattices in time, but without consuming or producing any energy. They would return to their “ground state” and start the process all over again. Such a system would be breaking time-translational symmetry (TTS), another fundamental symmetry in physics.

This idea seemed strange, but because it had peer-reviewed proof, other scientists were compelled to consider it. If experimentalists could make real the ideas that theoretical physicists came up with, the existence of time crystals would shed light on the nature of time itself, possibly reconciling the theory of relativity with quantum mechanics. 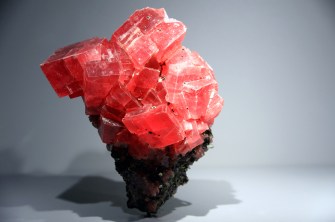 Now, experimental scientists from the University of California, Santa Barbara and from Microsoft’s research lab Station Q published a paper, explaining how symmetry-breaking time crystals could be possible. They maintain there is a difference between “explicit” and “spontaneous” symmetry breaking.

The scientists predict that this kind of broken symmetry can happen in quantum systems they called “Floquet-many-body-localized driven systems.” And they have an experiment in mind to create these.

“In collaboration with experimental research groups, we are exploring the possibility of realizing Floquet time crystals in systems of cold atomic gases,” said co-author Chetan Nayak at Microsoft Station Q and UCSB to Phys.org.

They plan to use a large system of trapped atoms, trapped ions or superconducting qubits to create a time crystal, then to observe it and measure its changes over time.

Philosophers and scientists spent millennia arguing about the nature of light. It turned out to be stranger than anyone imagined.
Up Next
Culture & Religion

The secret to living past 100? Lots of sex. Also, rosemary.

1 in 10 people in Acciaroli, Italy are over 100 years old. Their secret to longevity? Their biology, diet, and the high-levels of friskiness among the elderly.