In 1993, cutting-edge ancient DNA discoveries were yanked into the public spotlight when the blockbuster film Jurassic Park, based on Michael Crichton’s book by the same name, hit theaters.

Science fiction and budding science converged for a cinematic bonanza when Steven Spielberg’s film about paleontologists up against their resurrected dinosaur creations was released a day after juicy new research was published on the discovery of ancient insect DNA in amber. It was a perfect storm to fuel long-lasting public misconceptions about what exactly DNA science is capable of, including the belief that recently extinct species can actually be brought back to life.

“I’ve met people when I’m out in public that actually think we’ve already done it… they think there’s a woolly mammoth out there somewhere,” says Ben Novak, who studies ecology and evolution with an emphasis on paleontology. “The Jurassic Park franchise as a whole…has created this concept that it shouldn’t be that difficult.”

For the record, we can’t bring back the dinosaurs, as there is no way to get their DNA. But, there is also a misunderstanding about how more-recently extinct animals might be resurrected.

Novak is part of the DNA rescue group “Revive and Restore,” an organization that seeks to enhance and restore biodiversity through new techniques of genetic rescue. Although every extinction that has happened up to this point is absolutely final, this group is working on de-extinction technology that can revive the genes of lost species. 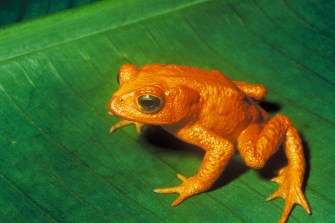 What the Jurassic Park phenomenon showcased was modern science’s response to a public platform regarding what was and wasn’t possible using ancient DNA. Today, there is a new public outcry that science is working to address. And the stakes are much higher.

We are in the midst of the world’s sixth great extinction, and the first to be caused by another species: humans. The National Biodiversity Network recently released a 2019 report showing the United Kingdom’s most important wildlife has plummeted by an average of 60 percent since 1970. The study also found that the area that “priority species” inhabit has shrunk by 27 percent. Additionally, one in seven of the 8,400 United Kingdom plant, animal, and fungal species that were assessed are at risk of being annihilated. The catastrophic losses show no signs of letting up.

Around the globe, wildlife is being wiped out due to habitat loss and degradation caused by human expansion and development, the climate crisis, pollution, and invasive species. The International Union for Conservation of Nature says that more than 28,000 species are under the threat of extinction. And the IUCN has only been able to assess what they estimate is less than a quarter of the plant and animal species out there. A recent United Nations report has said that up to a million animal and plant species, both known and unknown, are under the threat of extinction.

The rates of extinction are so high and climate change so rapid, that scientists have given this moment a new name: the anthropocene. It is a geological epoch in which humans are a force of nature, changing the geological landscape and ecosystems.

How to Bring Passenger Pigeons All the Way Back: Ben Novak at TEDxDeExtinction

​​What DNA Technology Can Do

While every species that has gone extinct up to this point can never be brought back, Novak’s work on “de-extinction” is the closest modern science has come to that feat.

His work focuses on the ability to “resurrect” important genes of a species, the passenger pigeon, in a living relative of it through genome sequencing. The reason for the passenger pigeon’s genes being edited back into the mix is because of its uniquely large impact in the dynamics of its habitat, driving regeneration cycles in the eastern United States. The result of Novak’s research is not the lost species itself, which can never be created as a pure historic entity, but a new species that can fill its role in the ecosystem.

“What we are trying to do is make sure that the genes we bring over from the extinct pigeon into the living pigeon to create an organism fits the same ecotype as the passenger pigeon so, from an ecological perspective, we will be getting the passenger pigeon back from extinction,” says Novak.

However, he emphasizes that it is infinitely easier to prevent a species from going extinct in the first place, rather than trying to recreate its ecological equivalent.

Academic philosopher and storyteller Thom van Dooren, who has written on extinction and the ethics of de-extinction efforts, argues that humans have a lot of work to do in learning to live sustainably with others before pulling lost species back into the world.

“Certainly, we should be avoiding the kind of technological hubris that allows us to downplay the significance of extinction through the imagination that we can simply put things back later,” says van Dooren. “No matter how good de-extinction approaches get, decades of on-the-ground conservation work have shown us that restoring species and ecosystems is never easy.”

This is why, as both van Dooren and Novak highlight, restoration of species’ habitat is by far the most important factor in conservation efforts. Not genetic resurrection. 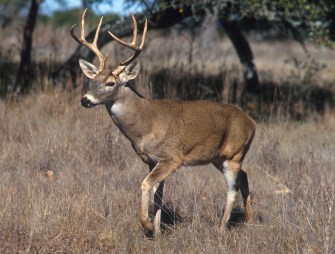 There have, of course, been some success stories of species being revived from near-extinction. But the numbers of species in decline and revived don’t tell the whole story. For one, there is the genetic side.

According to Novak, one of the greatest tragedies of a species nearing extinction, even if it is revived later, is the loss of genetic diversity.

“Just because a species isn’t gone doesn’t mean that it hasn’t suffered from loss,” says Novak. “So when the sixth extinction is looked at through the lens of genetic diversity, it is billions of times worse than when you look at it through the number of species.”

When a species loses genetic diversity, it becomes vulnerable to rapid changes in its environment. Changes that have been accelerated by the current climate catastrophe. But this is something that, according to Novak, is now restorable as long as the species is still alive. Pioneering de-extinction technology has the transformative ability to sequence the genomes of an extinct species and revive the genetic diversity of still-living species.

“Long term, this technology can fundamentally change how we recover diversity within the living species,” Novak says.

Yet, cutting-edge technology can only get us so far. Bringing species, or their genetic diversity, back doesn’t undo the experience of their loss for those who endured it. And it shouldn’t be presented as an alternative to mourning the tragedy.

“In [some] cases whole sets of relationships are painfully unravelled,” says van Dooren. “This might include the suffering and death that surrounds mass poisoning, poaching, starvation, and more for the animals in question.”

It also includes the impacts on the lives of many people. For example, van Dooren highlights the indigenous communities whose cultural practices are threatened as species disappear. Even if these species and these practices can be resurrected, it does not undo the ethical significance of that prior loss.

Crichton’s science fiction stories, despite fostering misconceptions, have opened a new imaginative lens to tackle the idea of extinction. But other-than-human stories that foster empathy for multi-species lives might be the key to addressing the current ecological catastrophe.

“We need more complex stories that convey the significance of species and their loss across multiple terrains,” says van Dooren. “Each extinction unravels a little bit of the world. Stories provide us with an opportunity to try to take stock, however imperfectly, of that unraveling.”

What would you do differently if you listened to your true desires?
▸
5 min
—
with
Luke Burgis
Life

Social conflicts can leave molecular marks on animals, according to recent research on the ant species Harpegnathos saltator.
Up Next
The Present

Can AI simulations predict the future?

Move over deepfakes. Multi-agent artificial intelligence is poised to manipulate your mind.