If warp drives didn’t exist in science fiction, the Enterprise’s mission statement would have been “slowly going where no one has gone before.” And never getting there, at least in a single Generation. The spaces between places in space are, in the real universe, so vast that the ability to jump from planet to planet would have to exceed the speed of light. In sci-fi, “Warp 5” means five times that speed. As far as we know, faster-than-light (FTL) travel is impossible. But maybe there’s another way, according to a presentation at August’s American Institute of Aeronautics and Astronautics Propulsion and Energy Forum by Joseph Agnew of University of Alabama in Huntsville’s Propulsion Research Center. 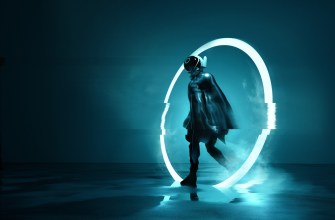 According to the rules expressed in Einstein’s Special Relativity Theory, the speed of light is simply a hard speed limit, and there’s been no evidence anyone or anything can exceed it. (Quantum entanglement seems to happen faster than light, but it’s by no means clear that anything is actually moving from one particle to another; it may just be something shared by both particles that somehow stays in sync.)

In 1994, physicist Miguel Alcubierre suggested a way to go faster by hitching a ride on a bubble in the space-time fabric using an Alcubierre drive.

In the “Alcubierre metric,” a wave could be employed to create a warp bubble that distorts space time, compressing the space in front of it while its back end stretched. In theory, a warp bubble’s travel could far exceed the speed of light.

If a vehicle was inside such a bubble, it would be speedily carried along with it. Its own velocity would be of much less consequence than the bubble’s. Since the ship itself would be traveling normally through its current region of space time inside the bubble, no relativistic effects would come into play. Think of a fly inside a moving, supplying its own forward, back, and side-to-side motion, but more significantly being carried forward by the car. 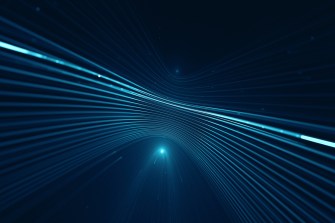 That’s the idea anyway. There are a number of issues, though two significant obstacles stand out. We don’t yet know how to create a warp bubble, and if we could, and got a vehicle inside one, we don’t know how we’d get it back out once it reached its desired destination.

The biggest problem, though, that would have to be overcome is the staggering amount of energy possibly required in the creation of a bubble: The energy equivalent of the mass of Jupiter. (This actually represents an improvement over earlier estimates that required an equivalent to the mass of the entire universe.) Scientists are hopeful that exotic matter may one day provide a means of producing the requisite energy through advances in quantum physics, quantum mechanics and metamaterials. NASA, on the other hand, is already been exploring the creation of warp bubbles, looking at using an object no larger than the Voyager spacecraft. “What this does is it moves the idea from the category of completely impossible to maybe plausible,” said Harold White of NASA’s Eagleworks Laboratories: Advanced Propulsion.

There will have to be a lot of technical progress to be made before we zip off to Alderon (Which. Is. A. Real. Place?), with Agnew mentioning the development of new superconductors, magnetic generators, and interferometers. 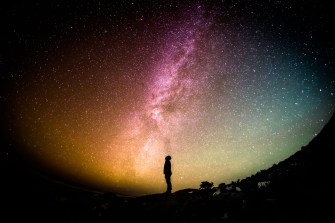 Agnew says he’s been thinking about the Alcubierre drive ever since high school, when he came across and read Alcubierre’s original paper. Recently, investigations such as NASA’s have caused some to take another, more serious look at the physicist’s hypothesis. In fact, Agnew cites the chuckles the theory often elicits from physicists as one of the main obstacles to working through the questions it raises.

Other discoveries of the last few years have strengthened the feasibility of the Alcubierre drive, he asserts.

Agnew considers the recent discovery of gravitational waves by LIGO scientists to be proof that Einstein’s predictions were correct:

“The LIGO discovery a few years back was, in my opinion, a huge leap forward in science, since it proved, experimentally, that spacetime can ‘warp’ and bend in the presence of enormous gravitational fields, and this is propagated out across the universe in a way that we can measure. Before, there was an understanding that this was likely the case, thanks to Einstein, but we know for certain now.”

Further progress toward determining the feasibility of Alcubierre’s proposal will require funding, which Agnew concedes is often hard to acquire, especially for “out there” ideas. Still, he thinks it’s worth it. As he says:

“The theory has borne out thus far that it is well worth pursuing, and it is easier now than before to provide evidence that it is legitimate. In terms of justifications for allocation of resources, it is not hard to see that the ability to explore beyond our Solar System, even beyond our galaxy, would be an enormous leap for mankind. And the growth in technology resulting from pushing the bounds of research would certainly be beneficial.”

Japan’s “waste not, want not” philosophy, from meditation to Marie Kondo

“Oosouji” or “big cleaning” is much more than a chance to tidy up.
Strange Maps

Environmental activists want us to feel “flight shame” if we can take a train, instead. But this isn’t entirely realistic, even in Europe.
Strange Maps

Scallop shells have accompanied pilgrims to and from Santiago de Compostela for centuries, for more than one reason
Up Next
The Future

For now, artificial intelligence is nothing to fear. But as it rapidly develops in the years ahead?