Science is a force for good in our world, improving lives of people all across Earth in immeasurable ways. But it is also a very powerful tool that can become dangerous in some situations. Especially when it gets entangled in politics. At other times, science’s inherent ambition to push boundaries of what is known can also lead to some heart-stopping moments.

The following list is in no way exhaustive but gives us a place to start when thinking about the serious responsibility that comes with the march of science.

The infamous project MKUltra was CIA’s attempt at mastering mind control. The program started in the 1950s and lasted seemingly until 1966. Under MKUltra, often-unwilling subjects were given drugs, especially hallucinogenics like LSD. The people tested were also put through sleep and sensory deprivation, hypnosis, sexual abuse, and other kinds of psychological torture, while some tests proved lethal.

The supposed goal of the project was some combination of chemical weapons research and effort to create mind-controlling drugs to combat the Soviets.

The last time plague roamed around, it killed around half of Europe’s population, reducing the amount of people in the world by nearly a 100 million during the 13th and 14th century. In the late 1980s, the Soviet Union’s biological warfare research program figured out how to use the plague as a weapon, to be launched at enemies in missile warheads. What could go wrong? Besides the plague, defectors revealed that the Soviet bio-weapons program also had hundreds of tons of anthrax and tons of smallpox.

The Large Hadron Collider (LHC) in Switzerland, built to study particle physics, is the world’s largest machine and single most sophisticated scientific instrument. Because of this and the cutting-edge research its involved in, the LHC has prompted more than its share of fears from the general public. It has been blamed for causing earthquakes and pulling asteroids towards Earth. 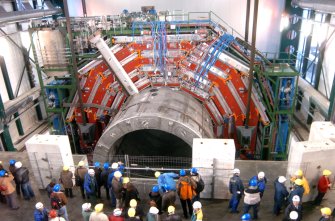 While conspiracy theories around the LHC have generally been disproven, it has also been accused of potentially creating black holes that could swallow Earth, a possibility that was curiously not completely discounted by the CERN, the organization running the collider.

CERN claimed the LHC is not dangerous, but also acknowledged that some type of black hole could be created.

“The LHC will not generate black holes in the cosmological sense. However, some theories suggest that the formation of tiny ‘quantum’ black holes may be possible. The observation of such an event would be thrilling in terms of our understanding of the Universe; and would be perfectly safe,“ said CERN’s statement.

A quantum black hole would be tiny. Don’t you feel better?

A government-funded “study” from 1932-1972 denied treatment for syphilis to 399 African American patients in rural Alabama, even as penicillin was found to be effective against the disease in 1947. The patients were actually not told they had syphilis, with doctors blaming their “bad blood” instead and given placebos.

The goal of the experiment, carried out by the U.S. Public Health Service, was to study the natural progress of syphilis if left untreated. 28 of the people in the study died directly from syphilis while 100 died from related complications. 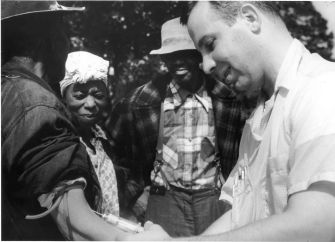 Doctor drawing blood from a patient as part of the Tuskegee Syphilis Study. 1932.

A Soviet experiment, started in 1970, sought to drill as deeply as possible into the crust of the planet. By 1994, they bore a 12-km-deep hole into the Kola Peninsula in Russia’s far northwest. The record dig provided much scientific data, like the finding of ancient microscopic plankton fossils from 24 species.

While nothing negative happened, there were concerns at the time that drilling so deep towards the center of Earth might produce unexpected seismic effects. Like cracking the planet open.

The hole’s site is currently closed.

This horrid experiment is another instance of the U.S. government causing harm in the pursuit of “science”. From 1945 until 1956, around 1500 Guatemalans were deliberately infected with sexually transmitted diseases, including syphilis and gonorrhoea. The subjects included orphans, prisoners, prostitutes and military conscripts. Researchers used disease-infected prostitutes, injections, and other unscrupulous methods to make their subjects sick.

Subjects of the experiment are currently suing John Hopkins University for $1 billion for its role in the study.

A medical torture program was instituted in South Africa between 1971 and 1989 to “cure” homosexuality in military conscripts. The policy, carried out under apartheid, included forced “aversion therapy” treatments like electric shock therapy and chemical castration. The army also authorized as many as 900 sex change operations.

It was widely believed in the medical community at the time that homosexuality was a mental illness that could be cured. Dr. Aubrey Levin, in charge of the program as chief psychiatrist of the South African military, was eventually accused of human rights abuse by international organizations and received a prison sentence.

Nazis carried out medical experiments on thousands of prisoners in concentration camps, without any regard for human life. Some of their “research” involved purposefully inducing hypothermia, infecting people with malaria, using mustard gas on people, forced sterilization, giving prisoners different poisons, infecting wounds with bacteria and filling them with wood shavings and ground glass. 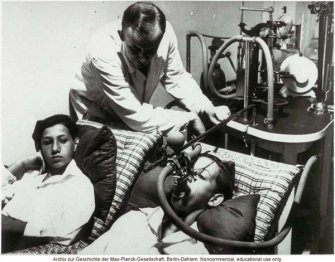 The Nazi doctor Josef Mengele was the prototypical “evil scientist,” known for his concentration camp experiments, with a particular focus on twins, mostly Jewish or Roma (“Gypsy”). Supposedly in the interest of studying heredity, the SS physician Mengele was responsible for such atrocities as removing organs from people without anesthetics, injections with deadly bacteria, dismemberment and others.

Not surprisingly known as the “Angel of Death”, Mengele collected the eyes of murdered victims for heterochromia research and attempted to prove through experiments the supposed resistance of Jews and Roma to a host of diseases. 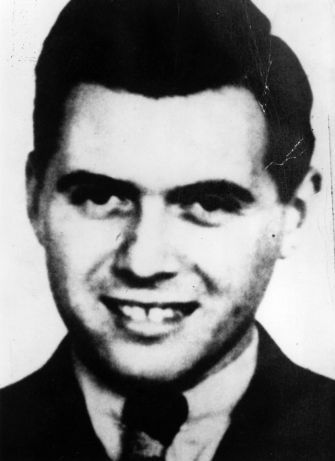 circa 1940: Joseph Mengele, before he became known as ‘The Doctor of Auschwitz’ and ‘The Angel of Death’ for his pseudo-scientific experiments on inmates in Nazi death camps. (Photo by Keystone/Getty Images)

Unit 731 was a secretive R&D unit of the Japanese Army that carried out horrendous experiments on humans during World War 2. Commanded by General Shiro Ishii, the unit experimented on an estimated 250,000 men, women and children. Most of the victims were Chinese, along with some prisoners of war from Russia and the Allies. 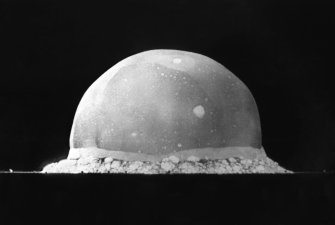 It’s hard not to put the world’s first nuclear test on such a list. In the mad rush to develop the atomic bomb and gain a military advantage in World War 2, America instituted the secretive Manhattan Project. This resulted in the Trinity Test, a detonation of the first-ever nuclear weapon in a New Mexico desert on July 16, 1945.

While the scientists were relatively confident in their work, there were some famous doubters who wondered if the bomb would even explode or if it would perhaps cause the end of the world as we know it.

Waiting for the bomb to go off, Nobel Prize-winning physicist Enrico Fermi, wagered others whether the bomb would just destroy New Mexico or the world, potentially setting the Earth’s atmosphere ablaze.

Tags
apocalypseCIAconcentration campconspiracy theorydangerdr. mengeleexperimentGuatemalaholocaustjapankola superdeep boreholelarge hadron collidernazinuclearsciencesoviet unionTuskegeeworld war 2
In this article
apocalypseCIAconcentration campconspiracy theorydangerdr. mengeleexperimentGuatemalaholocaustjapankola superdeep boreholelarge hadron collidernazinuclearsciencesoviet unionTuskegeeworld war 2
Related
The Well
Can we condition ourselves to be heroes?
Neuroscientist Robert Sapolsky on the science of temptation, and the limitations of your brain’s frontal cortex.
▸
6 min
—
with
Robert M Sapolsky
The Well
The 3 “demons” that haunted legendary scientists
Darwin, Descartes, and Maxwell all believed in these science ‘demons.’
▸
7 min
—
with
Jimena Canales
Harvard professor debunks the biggest exercise myths
Exercise culture is crazy. But what you need to do is exceedingly simple.
▸
with
Daniel Lieberman
Videos
NASA astronaut explains humanity’s trajectory to Mars
The first human that isn’t an Earthling could be in our lifetime.
▸
5 min
—
with
Robert Curbeam
Videos
Are you developing Alzheimer’s?
Only 2% of Alzheimer’s is 100% genetic. The rest is up to your daily habits.
▸
9 min
—
with
Lisa Genova
Up Next
Surprising Science
Blind Tadpoles Made to See Out of Eyes Grafted to Their Tails
This could revolutionize organ transplants, grafts, prostheses, and implants.