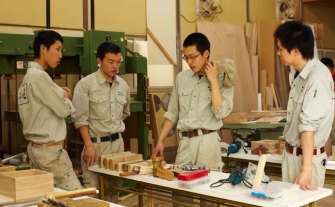 Over the past 12 months, the whole notion of “design thinking” has come into vogue. Not only are there entire books devoted to “design thinking” – like Tim Brown’s Change By Design or Roger Martin’s The Design of Business – there are also a proliferating number of educational institutions that are combining business thinking with design thinking to create next-generation “D-Schools”. With that in mind, Tyler Brûlé’s Monocle recently tracked down four of the leading establishments in the world that are spearheading the design thinking movement:

(3) Stanford d.school (Palo Alto, California) – This is perhaps the world’s most famous “design thinking” school, and has already been touted by none other than Steve Jobs of Apple

What’s interesting, of course, is that “design thinking” is no longer a purely Western concept – it’s being embraced by emerging markets such as Russia and China as a tool of economic competitiveness. In fact, also within the current issue of Monocle is a wonderful piece on how Mikheil Saakashvili, President of the former Soviet republic of Georgia, is importing architectural talent from Milan as a way of changing the Tbilisi skyline and, in the process, laying the groundwork for updated Western conceptions of Georgia as an investment destination.

Related
Thinking
Finding your essential self: the ancient philosophy of Zhuangzi explained
Adopting a healthy scepticism towards inherited ideas means “emptying the container of the Self.”
The Future
Startup’s bladeless flying car is designed to reach Mach 0.8
One of Jetoptera’s VTOLs is expected to reach speeds of around 614 mph, about as fast as a commercial jet airliner.
Health
New blood types are often discovered following medical disasters
New blood types are regularly discovered by an unusual absence or an unusual presence — both of which can result in tragedy.
The neuroscience of loving music
Humans are musical animals four million years in the making, explained by music expert Michael Spitzer.
▸
8 min
—
with
Michael Spitzer
Life
Scientists use CRISPR to insert an alligator gene into a catfish
Disease kills off 40% of farmed catfish. This gene protects them.
Up Next
Culture & Religion
The Design Republic of China: What Happens When the New Export is an Aesthetic?
Thanks to a new crop of Chinese design firms, the phrase “Made in China” may soon come to stand for design, creativity and innovation.