Skyscrapers represent the culmination of thousands of years of physics – the math of Archimedes, the experiments of Galileo, Newton’s Laws of Motion – brought together under one very high roof. Like mountains, they can be counted on to impress you when you’re looking for them and to orient you when you’re lost.

Which may be why a mere ten seconds of footage depicting the “domino-like” collapse of the World Trade Center became the singular icon of the physical and emotional toll exacted by the September 11th attacks. Obsessive replay and endless speculation – some of it frivolous and uninformed, some well-intentioned but now debunked by physicists – centered around the question of how such a resilient and seemingly-permanent structure could be so quickly demolished.

Upon its unveiling in 1973 by David Rockefeller and architect Minoru Yamasaki, the World Trade Center represented a new approach to design. Yamasaki employed innovative materials and techniques such as modular building to save on construction costs and time. Made of 244 exterior columns supported by a high strength, low-alloy steel core, the Twin Towers looked lightweight, but they weighed a combined 1,500,000 tons.

Contrary to conventional wisdom, the enormity of the towers helped fortify them, not bring them down, during the 2001 attacks. A definitive report issued by the NIST determined that when the aircraft hit the perimeter and passed through the columns and floors, the towers were damaged, but enough structural supports remained in place to bear the load.

Had it not been for the subsequent dislodging of thermal insulation, they would not have collapsed. Once the fires started and the steel backbone began to deteriorate, there was nothing left to hold up the framework, and they “hit bottom with an estimated speed of 200 km per hour.” The indelible image of the rapidly cascading floors and a billowing cloud of dust lead then-Mayor Giuliani to argue that nothing should ever again stand in their place.

But in August of this year, construction on One World Trade Center hit the 78th floor, earning it the distinction of tallest building in Lower Manhattan. The entire project, which consists of four office towers, a transit center, a memorial and a museum, is expected to be unveiled by 2014. (Condé Nast leased the bottom floor in July). And the 9/11 Memorial will open in time for the tenth anniversary of the attacks this Thursday.

The way a city rebuilds after a tragedy makes the every-day questions that inevitably arise when living in close quarters more urgent and explicit. Who owns what? When do we move forward? How often should we look back? For many people, cities symbolize prosperity, but the same sense of optimism and practicality that is prized during boom times can come to seem downright opportunistic in the months or years following a tragedy.

Feuds over ownership are not uncommon. In the case of the World Trade Center, the Port Authority spent a decade in disputes with private developer Larry Silverstein, who had signed a 99-year lease on the buildings only weeks prior to the collapse. It took many hours of meetings to reach a consensus among business, state and local governments, and Tribeca residents, but now a key feature of the WTC plan is inclusion: large spaces in which to gather and reflect.

Interestingly enough, the Great Chicago Fire 130 years earlier resulted in an immediate reconstruction boom, as the city’s wooden sidewalks and building frames (which enabled the fire’s spread) were replaced with cement and steel. Both the Great Fire and the 9/11 attacks resulted in a systematic reevaluation of building materials and regulations – one of the motivating factors behind the NIST report was improving safety codes, and understanding how the building collapsed has helped scientists create better-performing metals.

But the rebuilding process of the World Trade Center may ultimately have more in common with the reconstruction of London after the Blitz. The physical and psychological extent of the devastation – the bombings had decimated both residential streets and the commercially-important docks – meant that revitilization occurred over decades, not months.

During the next quarter century, urban planning became widely accepted, and “there was vast investment in slum clearance, construction of new houses and apartments, and improvement of services.” The transformation was hard-won and achieved only through cooperative effort, but the city’s inhabitants ultimately regained more than functioning shops and infrastructure: together they’d arrived at a new set of shared values. 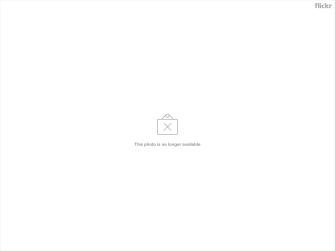 You Say You Want to Work Past ‘Retirement’? How’s Your Health?

The top retirement planning strategy today is not to retire. Now that many are living longer and fearing the realistic risk of outliving their retirement savings, many people over 50 […]