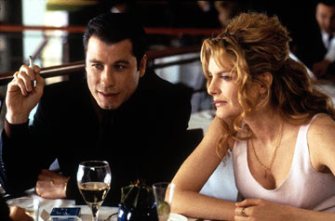 The term “business model” is often bandied about in the mainstream media as a way of capturing the essence of how a company makes money. To keep things simple for the home gamers, the media usually reduces the term “business model” to something impossibly simple – as in “advertising” or “paid subscriptions.” When you talk to insiders, though, the reality is often much more complex and textured. In some cases, the way you think an industry makes money turns out to be nothing more than fiction.

Take Hollywood for example. What’s the “business model” for Hollywood? A typical answer might be something like “U.S. theater ticket sales & DVD sales.” Or, even better, “worldwide gross ticket sales and DVD sales.” Theater revenue, in fact, only accounts for 20% of all profits at major Hollywood studios (even with all the foreign theater ticket sales added in) — the other 80% comes from home entertainment. Even when it comes to DVD sales, Hollywood studios only collect 20% of all wholesale revenue. As Edward Jay Epstein explains in The Hollywood Economist, the real business model for Hollywood involves an unholy financial alchemy of things like sale-leaseback deals, foreign distribution pre-sales agreements, production completion bonds, and increasingly complex and clever ways to define “gross” for non-theater entertainment revenue. Yikes, not really a soundbite anymore, is it?

In order to innovate within any industry, you have to understand the business model of that industry. That means really rolling up your sleeves and understanding how and why people make money, and how that money flows throughout the whole ecosystem of the industry. In the case of Hollywood, innovations that involve bigger and better theaters are essentially meaningless, while innovations that involved digital distribution are extremely important. Here are five takeaway lessons from The Hollywood Economist that can be applied to the analysis of any industry’s business model:

(1) Always follow the money. This sounds obvious, but is not always so easy to do in practice. In his book, Epstein differentiates between “gross” players and “net” players, showing that how you get paid matters greatly. The most powerful players in Hollywood are “first dollar gross players,” meaning that they start getting paid the minute a film starts selling tickets at the box office. They also have the ability to define what “gross” means when it comes to non-theater revenue. “Defined gross,” as Epstein points out, is an art form in Hollywood. And “net”? Well, as David Mamet famously pointed out, “there is no net” in Hollywood.

(2) Never underestimate the power of financial alchemy. Sale-leaseback deals were my favorite example from Epstein’s book. In the chapter “Money for Nothing from Germany,” Epstein points out how a single loophole in the German tax code resulted in all kinds of “fake ownership” deals in which Hollywood sells a movie to a German company, and then leases it back immediately with the option to repurchase it fully later. Apparently, Paramount was making up to $90 million annually through this one little financial shell game. And there are plenty others — why do you think so many films are being made in places like Louisiana and Canada these days? Not for the weather, but for the tax implications and rebates.

(3) The conventional wisdom is often wrong. You know how, on Monday, many people check out which were the highest-grossing movies from the previous weekend? Well, that’s basically a red herring when it comes to understanding how Hollywood makes money. Even including foreign theater revenue on a worldwide basis, theater ticket sales only account for 20% of Hollywood profits. The reason why Hollywood plays along with the media on this convenient fiction is that movies that do well at the box office can be merchandised and licensed in a breathtaking number of ways to the home entertainment audience (DVDs, videogames, etc.).

(4) Understand who the “core audience” is and how the industry caters to them. In the case of Hollywood, there is basically only one “core audience” — males under the age of 25. In fact, film industry research firms divide the world up into four different quadrants – males under 25, males over 25, females over 25 and females under 25. A film like Titanic might appeal to all four quadrants. But, by and large, studio execs only care about that “males under 25” quadrant. Thus, we have films with babes, booze, explosions, superheroes, stunning visual effects, violence and cartoon-like characters. But not too much of any of these, OK, otherwise we might have to put an “R” rating on these films, and then we couldn’t get the merchandise tie-in deals with the likes of Burger King and Taco Bell, that also sell to the Under 25 market.

(5) Separate “analog” dollars from “digital” dollars. While “digital” dollars account for only a relatively tiny sliver of Hollywood profits right now, the writing is on the wall. Already, Hollywood is struggling to replace its vaunted “windows” system as a result of digital. The old logic was to open a film in the theater, then release it on DVD, then release it on pay-per-view, then syndicate it to cable. The idea was that each platform would have a “window of time” to make money, before the film was released to the next platform. Digital has effectively compressed all of these windows into just one period of time. Already, some films are available on-demand the day they play in the theater.

There is a hidden financial reality behind any industry — and that’s the real business model. Once you’ve cracked open that business model, it’s easy to see which innovations will deliver the biggest bang for the buck.

[image: Chili Palmer and Karen Flores from Get Shorty]

Women have made incredible gains into STEM fields, but they continue to face gender biases in the workplace.
Up Next
Guest Thinkers