Regenerative Biology: Have We Discovered the Fountain of Youth?

Doug Melton, of Harvard's Stem Cell Institute, speaks of a new era of medicine in his Floating University lecture. Medicine will no longer aim to simply fix you if you have a disease or injury, but replenish you in order to maintain your young and vibrant state. 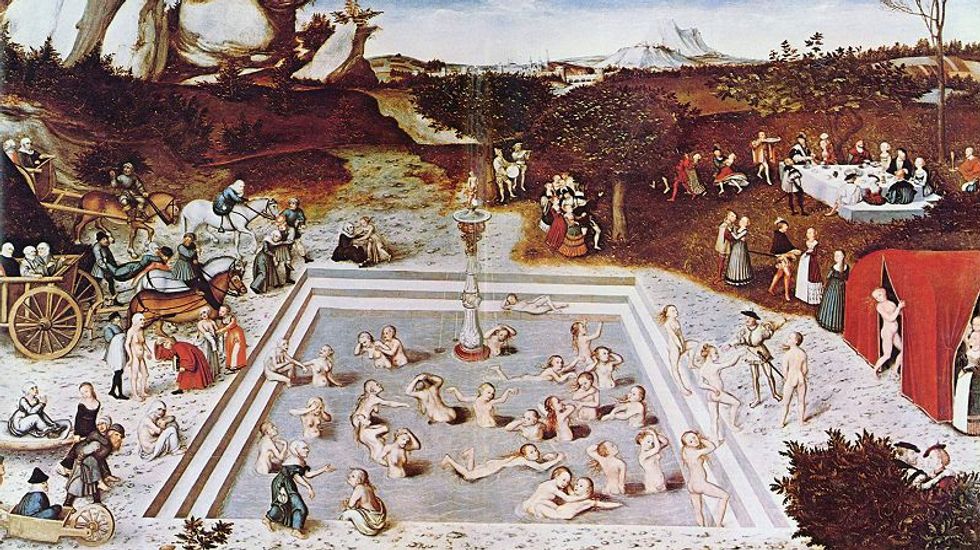 Less than one hundred years ago a routine bacterial infection could be a death sentence. The discovery of penicillin changed all of that. We're now on the verge of a similar revolution in medicine says Doug Melton, a biologist and co-director of Harvard’s Stem Cell Institute, in his Floating University lecture, What's Up, Doc? Is Biomedical Research Really Close to Curing Anything? According to Melton, developmental biology and regenerative medicine promises to unlock the powerful potential hidden within our own cells.

For instance, in a previous post, Melton details an experiment in which he turns embyronic stem cells into beating heart cells. Yet in order to understand the basis for regenerative medicine, we first need to understand the human body’s ability to divide, grow and specialize cells.

Melton points to an example from Greek mythology, in which the Titan Prometheus steals fire from Zeus and gives it to the mortals. Zeus punishes Prometheus by having him chained to a rock and then sends an Eagle to peck away at his liver every day. As Melton points out, "Prometheus was quite lucky," as the liver is the only organ that our bodies are good at regenerating. If the Eagle had pecked out other organs, like his heart, "he’d have been a goner."

Today, however, thanks to embyronic stem cell research, man has acquired God-like powers that would make the Almighty Zeus envious. Melton describes how “man-made” stem cells could soon be used to reverse incurable degenerative diseases like diabetes, heart disease and Alzheimer’s.

Regenerative biology can be used to replace tissue and body parts and can also be used to understand the root causes of disease. Melton says these advances will lead to a condition of "healthy aging," in which doctors are not merely aiming to "fix you because you’ve had some disease or injury, but rather just replenish your body to maintain its young and vibrant state."

One of the goals of Floating University's Great Big Ideas course is to explain to students the rewards of studying a given field, whether it is Physics, Investing, or in this case, Medicine. If you choose Melton's field, you will be participating in a discipline that will "inevitably lead to the possibility of changing our bodies in a way that was previously unimaginable."

For the rest of us, advances in regenerative medicine will still be hugely significant, as we will be given the regenerative powers that Prometheus lacked, and the conditions for "healthy aging" that eluded, as legend has it, Juan Ponce de León in his quest for the Fountain of Youth.