Most people agree that our technology is getting smarter, but most don’t realize just how smart. 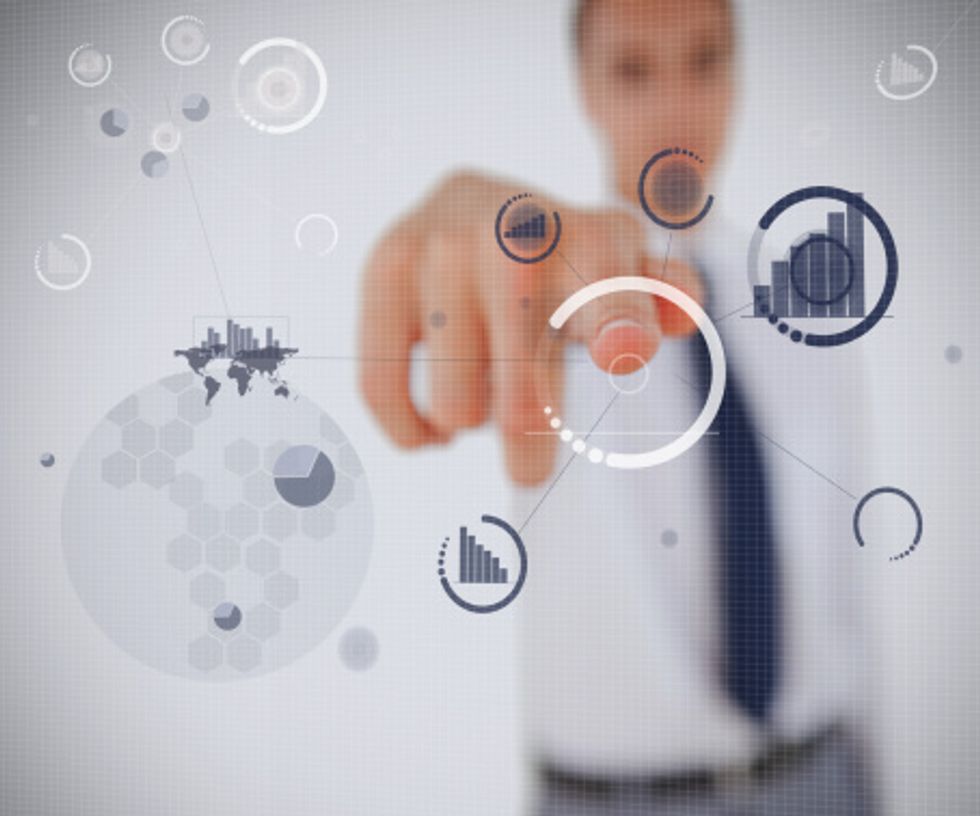 As an example, let’s look at in-store surveillance cameras. In the past, the video quality of those cameras was poor. Most of us can remember watching the nightly news and seeing blurry footage of a robbery and not being able to make anything out.

Today we have two things taking place that alleviate that scenario. 1) We have software that can clean up the video footage so we can see the detail. 2) We have inexpensive cameras that can replace those old, bigger cameras, and that can give us full 1080P HD video resolution at a low cost.

Now you might be thinking, “So, what? That just means the police will be able to better identify who was robbing a store.”

Actually, it’s a much bigger deal than that. With today’s smart technology, companies are tapping into these video streams and, using high-speed computer analytics, are doing shopping analyses within the store, based on the security camera footage. In other words, security cameras are able to expose a wealth of sales and marketing data.

We can see customer movements, what products they stop in front of, and how often they stop in front of them. We can see if that display at the end of the counter is working or not. At the end of each evening, we can get a report on all the traffic patterns in the store without having to watch all the video because it’s all automated. The report can show where delays are taking place in the store, where the lines are building up, where people are spending most of the time in the store, where people are not going in the store, what products are the hottest, and which aisles are being browsed and for how long.  In addition, as the price of real-time analytics drops, all of the sales and marketing intelligence can be accessed as it happens and adjustments made on the spot.

And that’s just information from inside the store! When you take the camera outside the store, its uses are even more amazing.

Increasingly, we’re using cameras outside to analyze traffic patterns and to look at high-crime areas. The nation that is most advanced in this practice is Great Britain. They have cameras all over their cities and towns capturing the video of 24/7 life and using high-speed analytics to analyze traffic flows, people movement, crime, etc.

But it doesn’t stop at video footage; they’re also capturing the audio. That means they can do an audio zoom and listen to the conversation that is happening at an intersection, for example.

You might think, “Who is going to listen to all of those conversations?” The answer: No one. Since it’s digital audio, you can search the audio content for keywords and pull up the conversations that are specific to the phrases you’re searching for.

This is already happening in Great Britain. Now the question is, will it only be used there, or will other countries, including our own, start using this smart technology in the future? The answer is, of course we will be using it here and in other countries as well. So while seeing is believing, seeing and hearing something is undeniable.

Smart Technology You Can Wear

Realize that smart technology isn’t always about something you hold in your hand or a device you intentionally manipulate. Now, even the clothes you wear can have a technological component.

For example, there already is a product called “The Helmet Hero.” With it, you can take a helmet, such as a bicycle, ski, or motorcycle helmet, and mount a small high-definition camera on it that can record as HD video or capture still photography. Thanks to an SD card, you can record up to 2½ hours on a single charge.

Additionally, since one of the hard trends of technology is the ability to make things smaller and smaller, you can create high-quality video or still camera pictures from a very small lens that’s clipped to or embedded in your sunglasses, and then upload it directly to Facebook or other social media platforms. So, for example, if you’re walking on the beach or hiking a mountain, you can have that feed go directly to your video Facebook page.

While this might sound great, the newest wearable technology goes even beyond all this. For example, Adidas has created an “intelligent football boot” that can upload performance data, including your maximum speed, minimum speed, the number of sprints you took, the distance you took for each sprint, the distance you went at a high-intensity level, etc. In other words, they’ve created a true training device that keeps track of your entire training regimen. They started with football, but it will surely spread to other sports.

Going a little further, the US military has developed smart underwear. It looks just like normal underwear, but it has micro sensors that can monitor respiration, heart rate, body posture, and skin temperature. Now we can really see what’s happening with troops in the field. And since all the data can be transmitted wirelessly, we can monitor the well-being of all of the people in real time. If someone has a problem or has been wounded, we already have body monitors on them in their underwear.

Now let’s take that to the next level. If this technology works for the military, couldn’t intelligent underwear work for professional sports too? Of course. It can track hydration levels, heart rate, and other things to help coaches determine when to pull someone from the field.

Going even further, smart underwear has a medical application too. People who are having a medical problem and who need to be monitored over time can wear the smart underwear and the data can be instantly streamed to the doctor’s office for analysis. Currently you have to wear expensive monitors and report to the doctor’s office to get the information from the monitor read. It’s both costly and time consuming. But with the smart underwear, it’s quick and much less expensive.

The Next Generation of Smart

Here’s the really exciting part of all this: You may remember the old Star Trek television series, where they wore a little piece of jewelry on their shirt that they would touch to communicate with people in other parts of the ship or those who beamed down to a foreboding planet. If you think about Apple’s Siri, you’ll see that we’re actually beyond that piece of science fiction right now. With Siri, we had the first ultra-intelligent electronic agent with us at all times. Currently, we need the smart phone to communicate with our electronic agent, but soon we won’t.

Imagine wearing a piece of jewelry that you touch to activate. You might say, “Read my voicemails,” and then respond to them. You can do that now with Siri or Google voice, so why not just make it a piece of jewelry rather than a phone with a display? We don’t need to have that whole big phone with a touch screen to do this. Imagine walking around hands-free and running your day: “What’s my next appointment? Write an email. Read my messages. Where is the nearest Starbucks?”

Yes, we will see the screenless smart phone soon and it will use voice input to a Siri-like electronic agent only, and when you eliminate the screen, the size of the battery and everything else shrinks so much that you will have a device small enough to be a Star Trek-like communicator, only better.

Smartness at Your Fingertips

As our processing power, bandwidth, and storage continue to expand exponentially, we will definitely see more and more smart technologies in our life. From cameras to clothes, the wealth of information that can be gleaned, stored, and transmitted will grow exponentially as well, giving us access to new and usable knowledge that can enhance both business and life. The key question for you is: How can you and your company work smarter with these and other types of smart technologies?